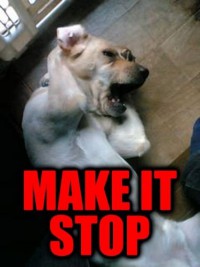 The City Council of Paterson, New Jersey has approved an ordinance that allows local mosques to publicly broadcast the loud and offensive, super-amplified Muslim call to prayer that can be hard from a 20-block radius.. The ordinance specifically allows for the Muslim call to prayer  between the hours of 6 a.m. – 10 p.m. for duration not to exceed five minutes.” AND THEY WILL DO THIS 5 TIMES A DAY, EVERYDAY,  BEGINNING AT DAWN! 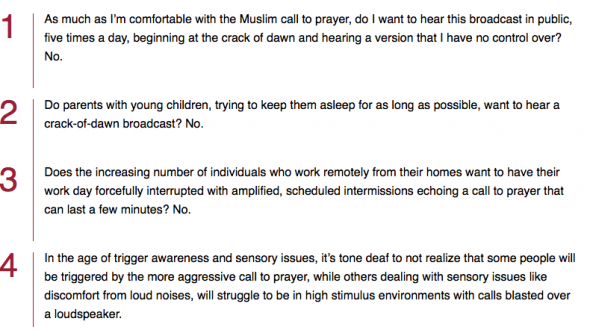 Below is what this Muslim thinks is “quite beautiful.” See for yourself.

Why is the Muslim call to prayer being pushed?

The Muslim call to prayer ordinance was introduced by Councilman Shahin Khalique. Khalique is up for re-election and this ordinance is one of his campaign promises. He’s also battling a public relations stain for a DUI (driving under the influence of alcohol) arrest in 2010.

What better way to show piety among the community’s 30,000 Muslim community (who attend the city’s 12 mosques) by forcing the entire community to adapt it’s behavior when Khalique couldn’t even control his own.

And of course, the Council of American Islamic Relations (CAIR) has jumped on the bandwagon in support of the Muslim call to prayer ordinance of Paterson. If it wasn’t enough for CAIR to force faith in schools and politics, they now are edging to blanket an entire community in faith.

Michigan experimented with the Muslim call to prayer. They regretted it.

A public broadcast for a Muslim call to prayer is already in effect in Hamtramck, Michigan with abysmal public reaction. Residents have complained that the call to prayer is too loud. A senior citizen community across from the Ideal Islamic Center in Michigan called the 6 a.m. broadcast simply “overbearing.”

The same reports have come in from residents who live by other mosques. None of this came without accusations from members of the local Muslim community that the complaints were rooted in Islamophobia or hatred against Muslims, or that critics were against Muslims.

It’s that language, “against Muslims” or “against the Muslims,” that I hear so often as a Muslim, and it is deeply frustrating. Citizens in Hamtramck repeatedly asked local mosques to “turn down the volume,” which begs the question: How does this call to prayer impact others? Is it simply too loud?

It is counterproductive to positive community relations, and primes the worst elements in Muslim communities to push for more supremacist ordinances.