A pair of Somali Muslim rioters in Minneapolis demanded the release of Mohamed Noor, a Somali Muslim former police officer who shot and killed an unarmed, Australian-born, white female, Justine Damond, for no reason in 2017, after she called 911 about a disturbance outside her home.

BizPacReview According to reports at the time, Damond called 911 to report an alleged assault that was taking place in an alley near her home.

When police arrived, an unarmed Damond, 40, dressed in pajamas, approached their vehicle from the driver’s side door and began speaking with an officer when suddenly Noor opened fire, striking and killing her.

In a brief interview with CNN posted on Twitter, the two men are heard demanding that fired Minneapolis police officer Derek Chauvin be put on trial for the death of George Floyd, who died after being pinned for several minutes to the pavement during his arrest last week by Chauvin.

“Free Mohamed Noor!” One of them shouted.

At the same time, the men demanded that Noor, Minneapolis’ first Somali-born police officer to work in the 5th Precinct, be freed despite his conviction for murdering Australian-born Justine Damond in an incident that “stunned” his partner at the time.

Mohamed Noor was MPD’s first Somali cop who shot and killed a white woman who called police for help. pic.twitter.com/I2VxGOi56h

The incident led to the resignation of then-Minneapolis Police Chief Janee Harteau, who stepped down five days after July 2017 shooting at the request of then-Mayor Betsy Hodges.

The Minneapolis Star-Tribune reported that Damond was shot through the open driver’s side door past Harrity. 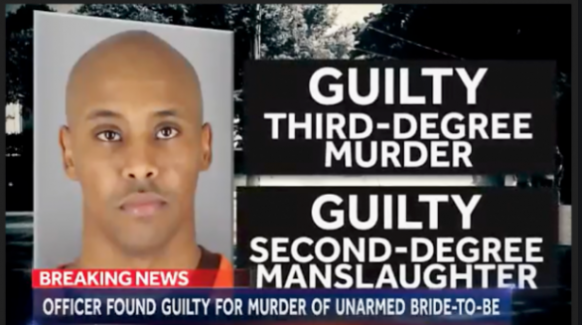 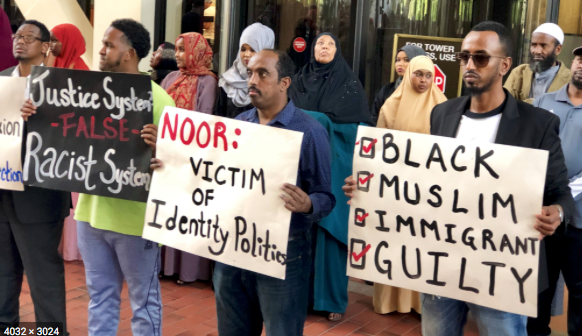