UK Home Office books 4,000 hotel rooms for Muslim migrant-wannabes to deal with the record-breaking number of illegal Channel crossings. Up to 50 hotels across Britain benefit from £4billion 10-year contract to house the Muslim welfare/free housing seekers. 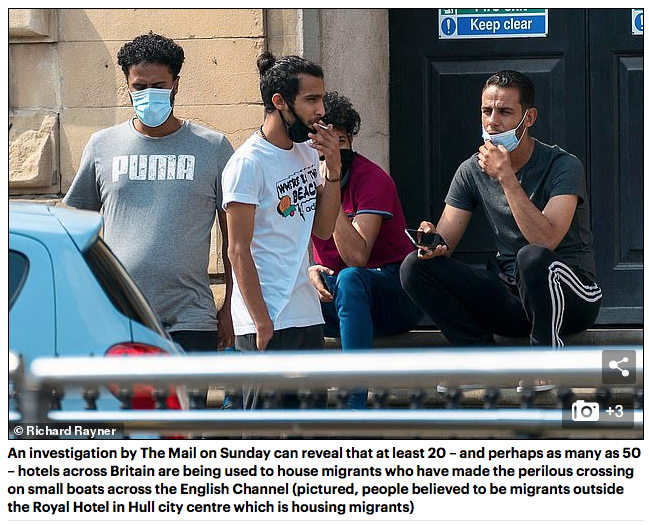 Daily Mail (h/t Lisa)  Hotels in Hull, Birmingham, Nottingham, Southport and Glasgow have been used amid a shortage of permanent accommodation for newcomers to live while their asylum claims are assessed.

Companies who provide accommodation for illegal migrants had also been permitted to find rooms in places that were not part of the scheme that oversees where the newcomers are dispersed across Britain.

Meanwhile Kent County Council said it had reached its capacity to care for asylum-seeking children arriving on its shores with it now looking after 600 of them. While adult migrants and families landing on Kent’s shores are sent to other parts of the country, the council retains responsibility for unaccompanied children.

Across Britain, The number of rooms occupied by asylum seekers is not known but it is understood to be thousands, The Times reports. Some were housed in the Bell Hotel in Epping Forest, Essex, where the council sent out a ‘myth-busting’ leaflet to quell ‘unfounded rumours’ that have ‘unnecessarily alarmed’ residents.

The Home Office has booked thousands of hotel rooms across Britain for asylum seekers. Companies who provide accommodation for migrants had also been permitted to find rooms in places that were not part of the scheme that oversees where the newcomers are dispersed across Britain.

In Kent, council leader Roger Gough told BBC Radio 4’s Today programme this morning: ‘We now have some around 600 unaccompanied asylum seeker children (many of whom are actually adults) in our care. The Government’s own suggested level would be around 200, 230.’

He added: ‘I am deeply disappointed and concerned that, despite our many efforts to avoid this unthinkable situation, it has been necessary to make this announcement today. 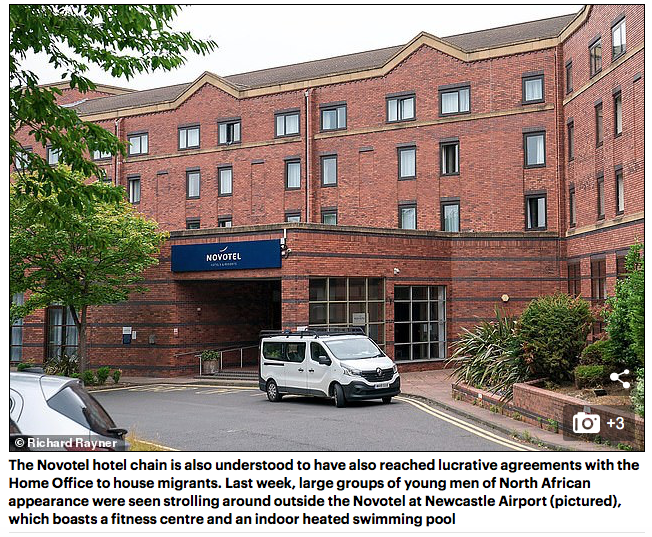 ‘This is a huge challenge for Kent, but a relatively small challenge to solve nationally, and should have been resolved before now.’ He said the limit had been reached despite efforts to work with the Home Office and other local authorities.

Home Office chiefs have also apologised for an ‘error’ after Nigel Farage was filmed visiting a hotel housing migrants in Priti Patel’s constituency.

The former UKIP MEP shared a video on Twitter in which he is seen visiting the £54-a-night Rivenhall Hotel in Witham, Essex. While sharing a shortened version of his seven-minute long video, he also accused the MP of ‘taking Britons for a ride’.

Bosses at the Home Office say they have launched a ‘full review’ into their operation of finding temporary accommodation for asylum seekers who arrive in the UK without a home to go to.