For the past two years New York-Presbyterian Brooklyn Methodist Hospital has been trying to fire a Muslim doctor with a history of posting virulently anti-Semitic and violently anti-Israel messages on social media. What’s more, a lot of his patients are Jewish.

United with Israel Next week, the hospital and Dr. Walid Khass will be back in court to address the doctor’s eight-year history of tweets denigrating Jews and calling for Israel’s destruction. Before Khass was hired as a resident at the hospital, his reputation for virulently anti-Israel social media activity was known.

As far back as 2012, Khass tweeted “My beloved Palestine! Spit on you, Jew dogs!” His tweets continued as a medical student until his graduation from St. George’s University (SGU) School of Medicine in June 2019, reported Canary Mission, a watchdog organization that tracks anti-Semitism on campuses.

Canary Mission noted that while Khass focuses his hatred on Jews he also despises Christians.

The Canary Mission website lists at least 57 tweets by Khass that call for violence, spread anti-Semitism, support the Hamas terror group, and spread hatred of Israel and calls for its destruction.

The hospital discovered his social media rants and last year tried to fire Khass from his position as a pediatric resident, however, Khass took them to court and won his job back claiming the hospital wrongly fired him for violating his “freedom of speech.”

New York-Presbyterian appealed and the case is due to be heard next week in court. The hospital says that Khass cannot remain on the job at the facility because his posts either praised or encouraged violence.

“These posts would cause serious and extreme hardship on the [residency] program because it would interfere with the program’s ability to serve a patient population consisting of a large number of Orthodox Jews,” the hospital said in one of the documents filed with the court. 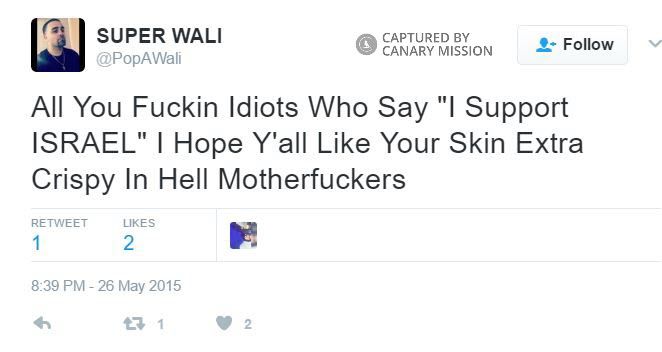 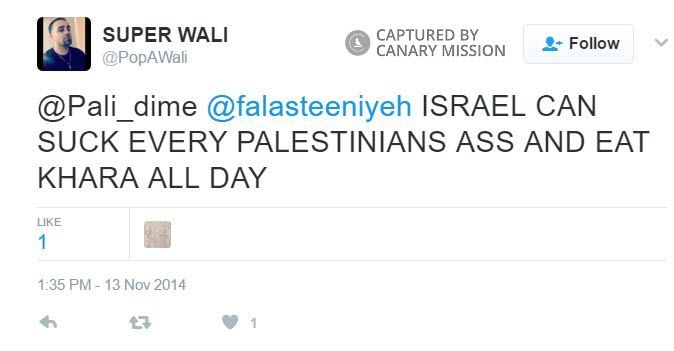 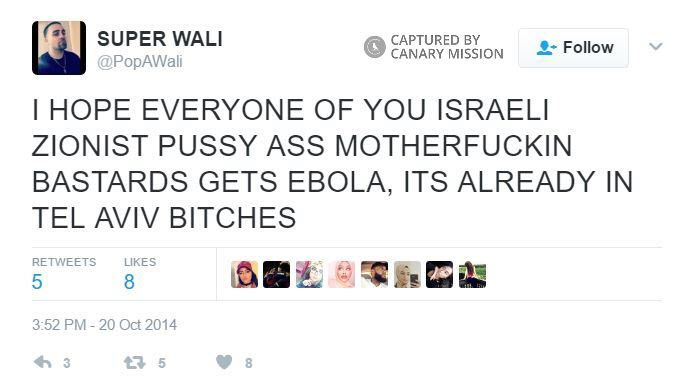 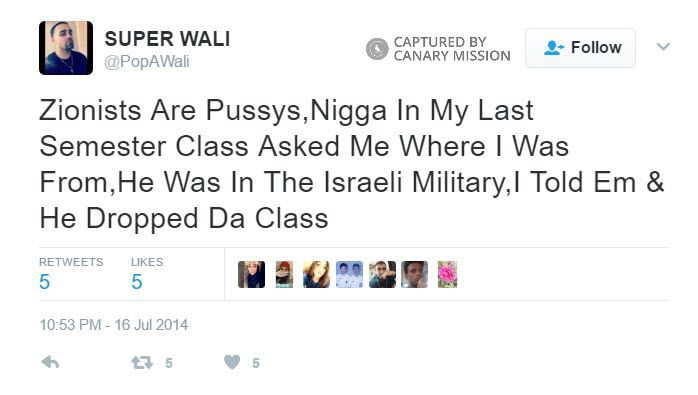 Canary Mission Walid Khass has called for violence, spread anti-Semitism and shown support for Hamas, as well as indicating that he would want to join the terror group. Khass has also advocated for Israel’s destruction and spread hatred of Israel.

The MSA was established by members of the Muslim Brotherhood in January 1963 at the University of Illinois, Urbana-Champaign, with the goal of “spreading Islam as students in North America.” A 2004 FBI investigation uncovered an internal Muslim Brotherhood document in which a brotherhood leader identified the MSA as “one of our organizations.”

The MSA reportedly has “nearly 600 chapters” located in the United States and Canada, and is “the most visible and influential Islamic student organization in North America,” boasting conferences, special events, publications, websites and other activities.

Khass reportedly graduated from St. George’s University (SGU) School of Medicine in June 2019 and was anticipating employment beginning July 2019 as a Pediatric Resident at the New York Presbyterian Brooklyn Methodist Hospital (NYP Brooklyn), where he had been “matched’ via the National Residency Matching Program (NRMP).

SGU reportedly placed Khass on involuntary administrative leave and pulled him from clinical rotations, after anti-Semitic social media posts by Khass went viral in 2019. Following the SGU action, NYP Brooklyn reportedly informed Khass that they “did not intend to employ” him.

On July 31, 2019, Khass filed a lawsuit against NYP Brooklyn and SGU School of Medicine to referring to his “exercise of his right of freedom of speech,” demanding damages in excess of $630,000 and that the court order NYP Brooklyn to “immediately allow” him to begin his Pediatric Residency there. 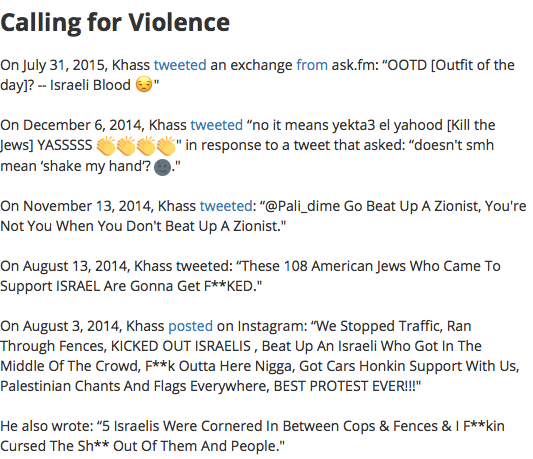 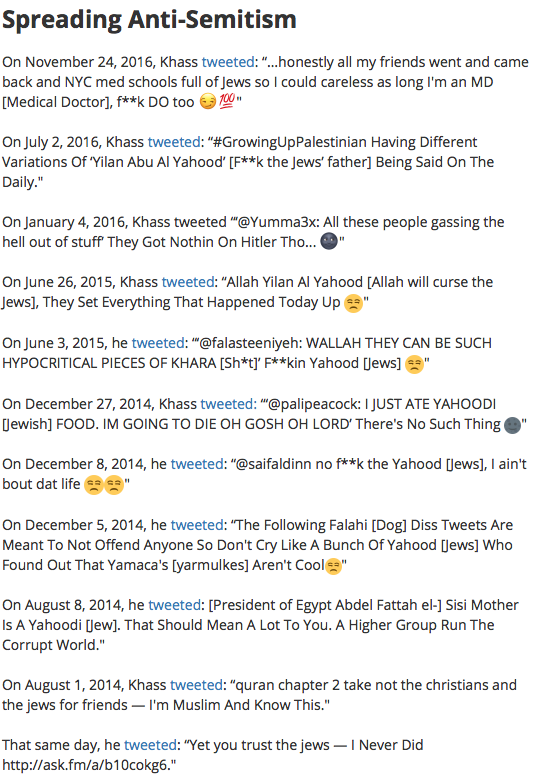 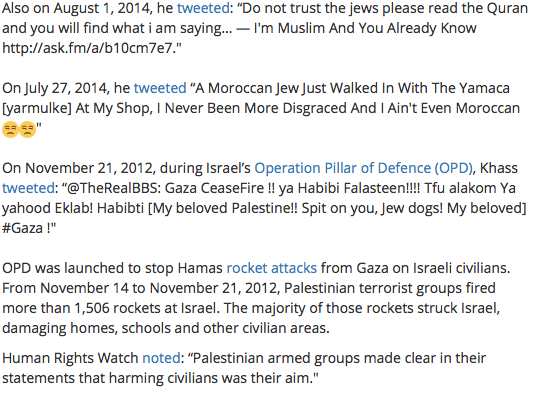 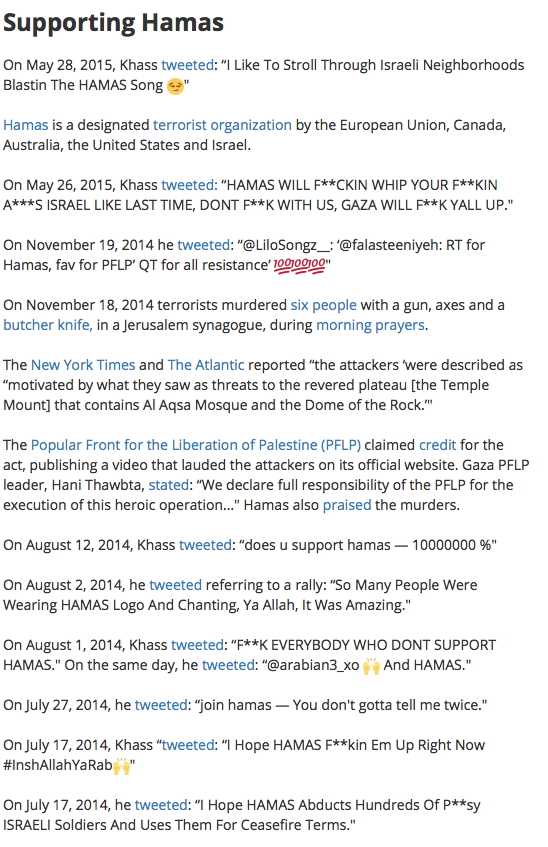 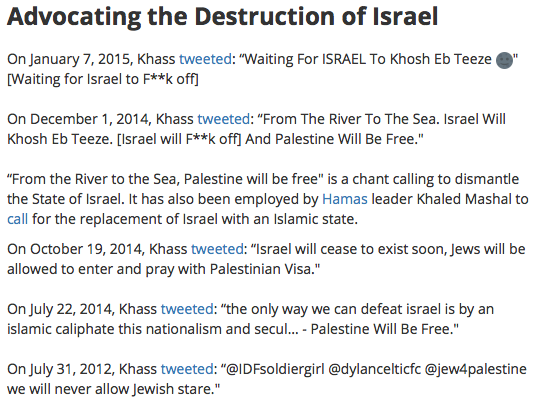 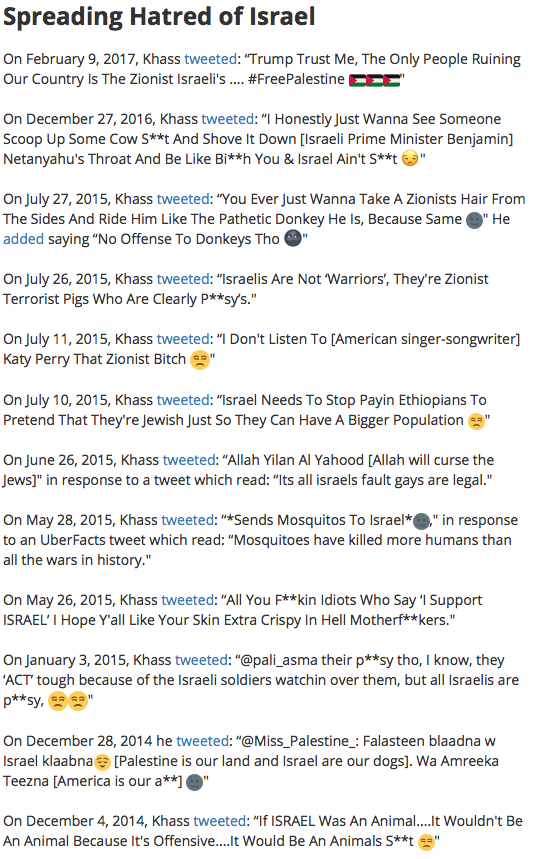 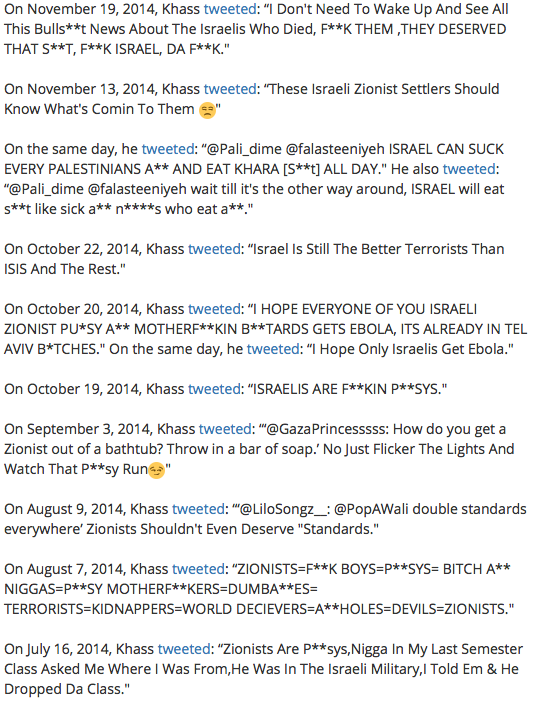