The Muslim invaders already are threatening to burn down any new camp that is built because their goal is to be transferred to the most generous welfare havens of Europe, including Germany, Sweden, and the UK. At least seven Muslim illegals, including two minors, have been arrested in connection with setting the multiple fires that completely destroyed the Moria camp. 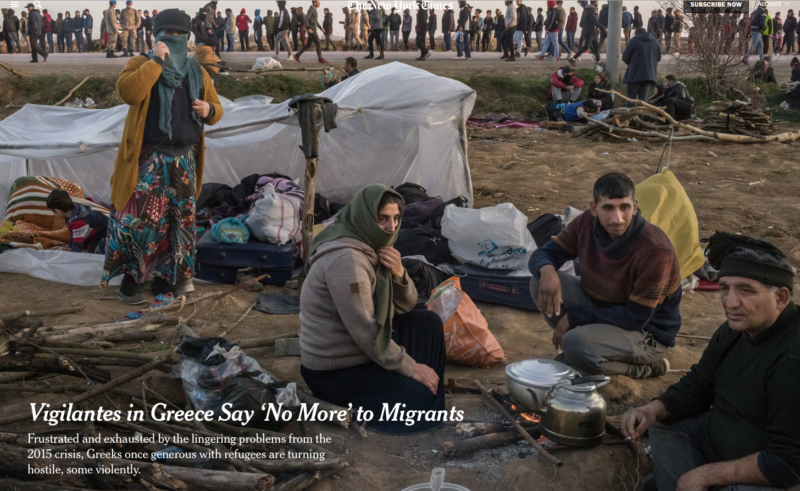 The Telegraph  Muslim illegal invaders displaced after a fire (set by Muslims) at Europe’s largest refugee processing facility have rejected Greek promises of a new camp. Many of the illegals on the Greek island of Lesbos have instead called for resettlement in other European countries, calls backed by George Soros-funded NGO groups.

Not only that, but Lesbos residents are forced to deal with angry Muslim freeloaders attacking farms and killing livestock.

“You’d think we would be relieved seeing this camp in our backyards destroyed by fire after so many years,” said Stelios Panagopoulos, a coffee shop owner at the town of Moria, about a mile north of the dreaded camp. “But no, we are so much more scared now because Muslim militants migrant-wannabes remain at large, and they are out there hiding in the fields and taking revenge on us, slaughtering our livestock and destroying our properties.”

More than half of the camp’s 12,500 freeloaders are believed to be unaccounted for since a devastating fire ripped through the facility’s sprawling grounds and surrounding jungle of tarpaulin tents and crooked containers. As of Sunday, only 1,000 of Moria’s former residents have been taken in to the new camp.

Fears of  reprisals have surged after Muslims torched the barn of a leading local farmer. “I saw them lurking in the background throughout the day, wearing black masks and black T-shirts,” Stelios Kafiotis, told The Telegraph. “I waited until late at night, watching over my flock of sheep.

“But just 30 minutes after I left to go into town, the fire brigade called to say my barn was on fire.” The blaze destroyed more than 3 tons of clover feed and about 150 sheep – the latest toll of what locals call “incalculable collateral damage” suffered for allowing the nearby camp to operate.

Local groups say they have long felt threatened by some of the migrants. “But now, who knows what more is in store for us with thousands of them at large, armed and disrespectful to our people for hosting them for so many years.”

“This is the thank you we get for rushing to help them, give them food and shelter for so many years?” asked Mr Kafiotis.

Lesbos residents are desperate to get the Muslim illegal aliens off their island for good.