Now, other French teachers are getting death threats from Muslims, who are explicitly referencing the Muslim beheading of school teacher Samuel Paty whom they claim blasphemed Islam by showing his class Chalie Hebdo Mohammed cartoons. 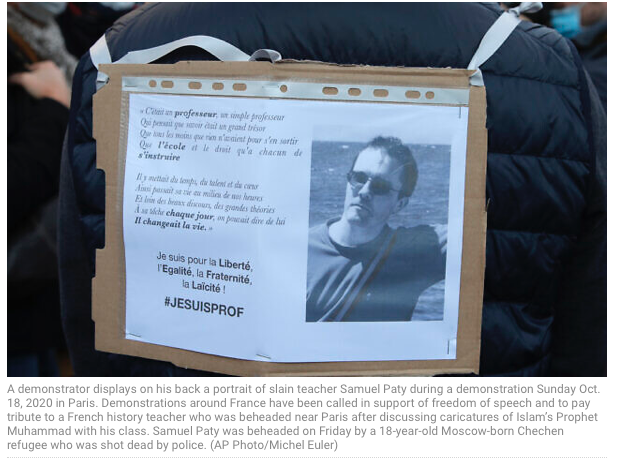 Breitbart (h/t nita) Teachers at several schools in France have received death threats, stating that unless they pay cash, they will be killed like Samuel Paty. 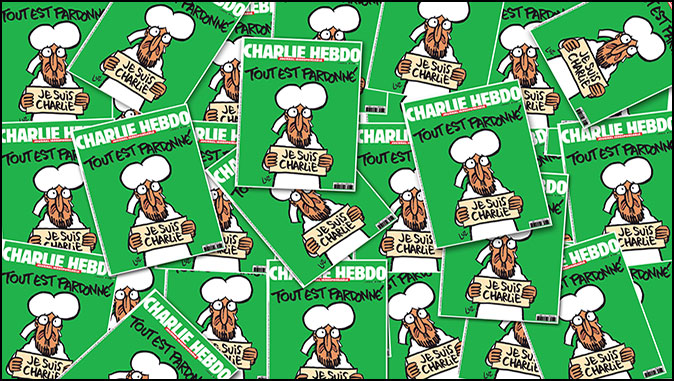 The emails stated that unless the schools pay 100 bitcoin (£987,033/$1,286,797), the teachers would be killed, according to the prosecutor of the Republic of Vannes (Morbihan), François Touron, Ouest France reports.

Alain Beauce, the director of public safety in Morbihan, said the départment was taking the threats very seriously and said that authorities were doing more to ensure the safety of teachers and others at schools in the area.

In the days since the murder of Samuel Paty, teachers in France have come forward about the rise of Islamic terrorist ideology among their pupils.

In the Paris no-go suburbs of Seine-Saint-Denis, one class is said to have cheered after being shown footage of Pakistanis burning French flags in response to the republishing of the Mohammed cartoons earlier this year by Charlie Hebdo. 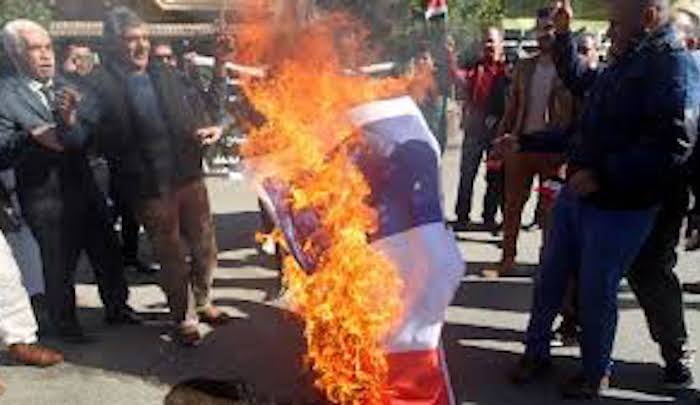 The French government under President Emmanuel Macron also arrested more than 80 radical Islamic extremists who had expressed support for the teen terrorist.

Earlier this week, it was also revealed that several students in Seine-Saint-Denis were arrested just a week before the murder of Paty, after they had praised Islamic sharia law and threatened a teacher at a high school.

How about arresting this French idiot?

Town mayor in Lyon is receiving protection from the national government after threats to behead him were painted on walls, the menacing messages coming just days after a teacher was decapitated in a Paris suburb. 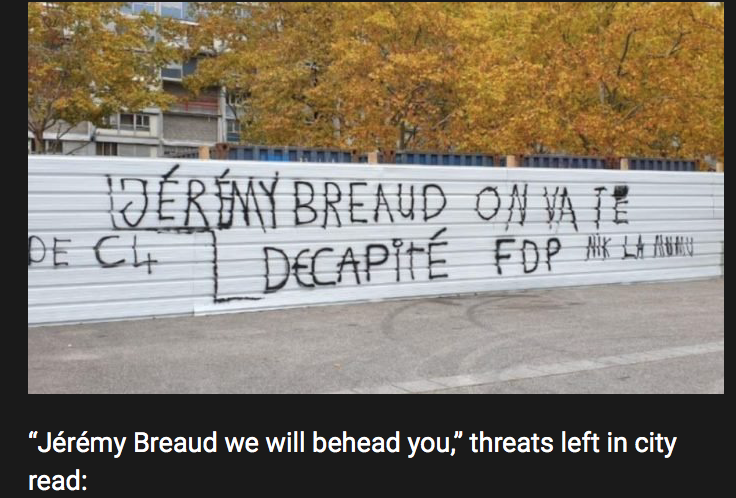 Breitbart (h/t nita)  Three different sets of graffiti were discovered around a Lyon suburb on Thursday, which referred to local police and the town’s mayor Jérémie Bréaud. French news magazine Paris Match reports that while the messages misspelt the mayor’s name, the intent was clear when they said: “Jérémy Breaud we will behead you!”

The French Interior Minister Gérald Darmanin, who has been at the forefront of responses since a French history teacher was beheaded in a Paris suburb last week, published a message of support for the mayor, saying he had been placed under protection. Police are investigating the threats.

Match cites the remarks of the mayor after the threats, who said that his first reaction was one of “bewilderment”, but nevertheless said he was not afraid and would not give up ground. The mayor also noted how the city had dramatically increased the number of police officers in the area and was pushing hard against drug dealers. 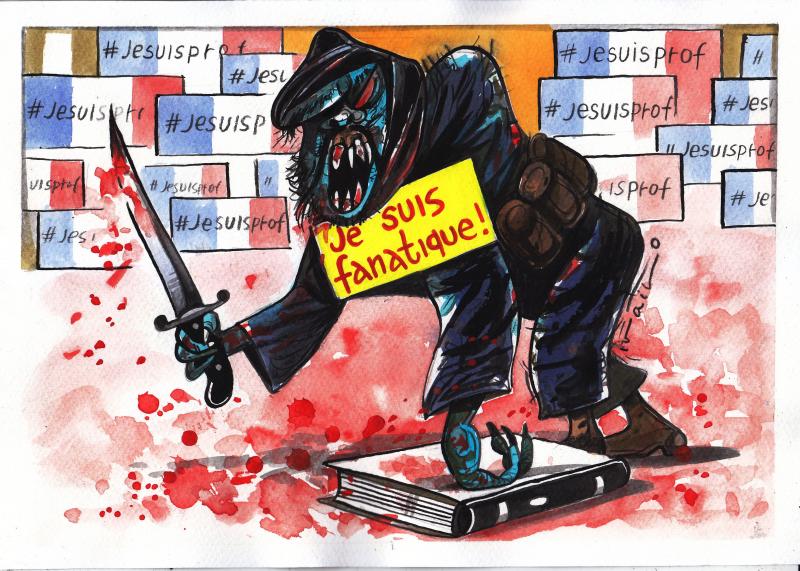 Following last week’s killing, Bréaud said, it was now clear that the French Republic had an enemy in “radical Islam”.

Interior Minister Darmanin has announced a series of initiatives against radical Islam since the beheading of teacher Samuel Paty by an Islamist on Friday last week. Among them are police raids on individuals and organizations that were supportive of the killer immediately after the attack, and the state dissolving associations and groups with extremist views. 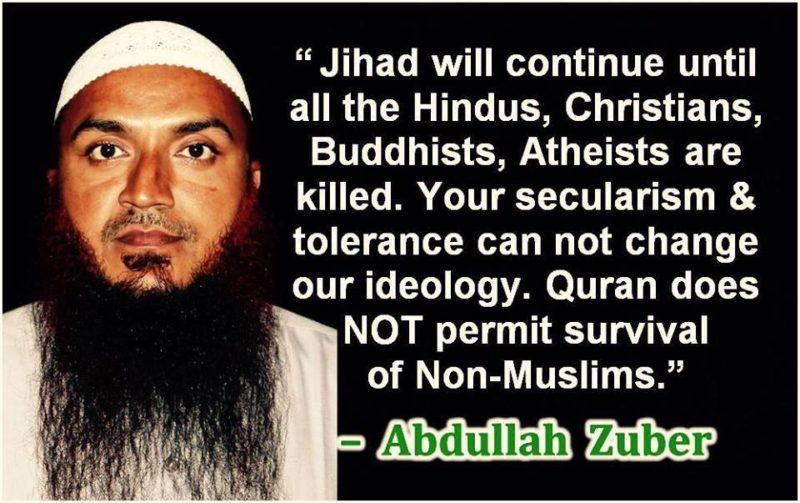 The mayor is not the only Frenchman to have received death threats in the wake of Paty’s killing by 18-year-old Chechen refugee Abdullah Anzorov.

French media revealed this week that teachers at several schools had been threatened with death unless they pay a ransom. While not mentioning beheading specifically, the emails alluded to the “‘Chechen diaspora (which) closely monitors all those who offend the Almighty’”.

Egyptian TV host Mohamed Abdelbaky harshly criticized French President Emmanuel Macron, saying that he “offended” the Muslims by describing the beheading as an act of Islamic terrorism and demanding that he criminalize blasphemy against Islam.