A knife-wielding Tunisian Muslim illegal alien (2nd photo below) shouting “Allahu Akbar” (Our God is greater than your God) beheaded a French woman and killed two other people in a church in the French city of Nice on Thursday before being shot and wounded by police.

Reuters   A Tunisian security source and a French police source named the suspect as Brahim Aouissaoui. 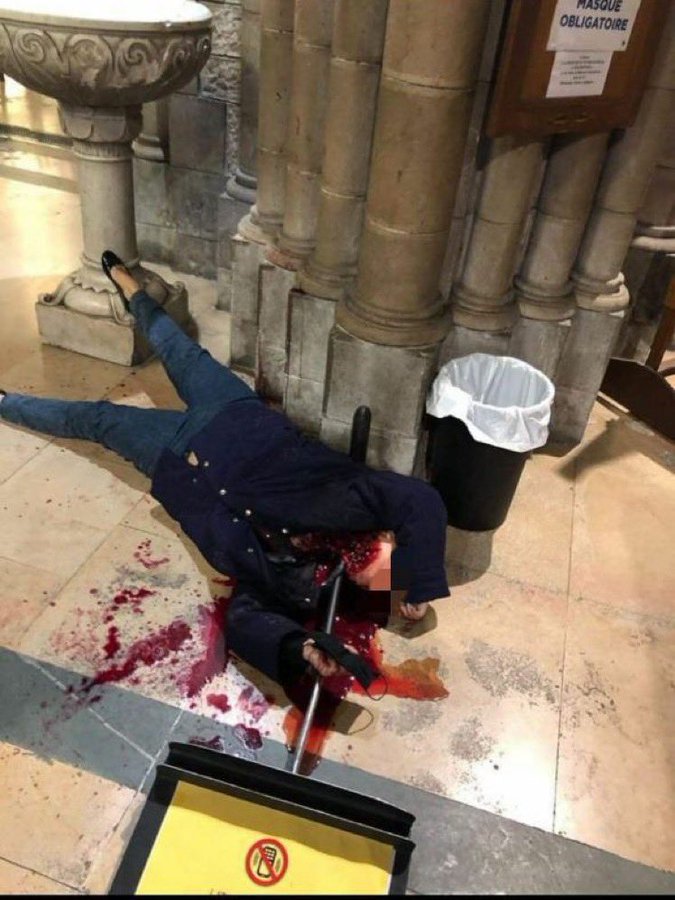 France’s anti-terrorism prosecutor said the suspect is a Tunisian Muslim born in 1999 who reached the Italian island of Lampedusa, a key landing point for illegal alien Muslim invaders  crossing in boats from North Africa, on Sept. 20 and traveled to Paris on Oct. 9.

The Muslim had entered the city by train early on Thursday morning and made his way to the church, where he stabbed and killed the 55-year-old sexton and beheaded a 60-year-old woman.

He also stabbed a 44-year-old woman who fled to a nearby cafe where she raised the alarm before dying, Ricard said. Police then arrived and confronted the attacker, still shouting “Allahu Akbar”, and shot and wounded him.

“On the attacker we found a Koran and two telephones, the knife of the crime – 30cm with a cutting edge of 17cm. We also found a bag left by the attacker. Next to this bag were two knives that were not used in the attack,” Ricard said.

Some are blaming Italy for the beheading: 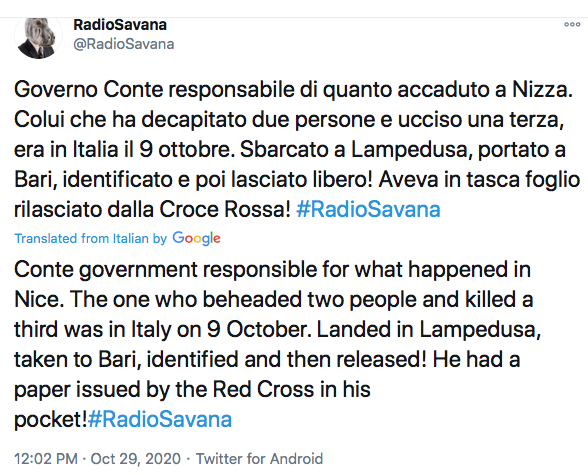