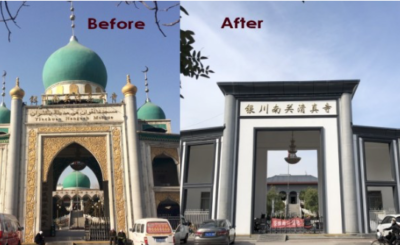 The Chinese regime has destroyed around 16,000 mosques in the Xinjiang province since 2017, reported the Australian Strategic Policy Institute (ASPI). Many of the remaining mosques have been de-Islamized so they no longer look like mosques. The mosques that were undamaged were found to have no existing Islamic architectural features, and therefore exempted from the ‘rectification’ campaign.

OpIndia As per the report, around 8500 mosques have been completely destroyed and the land on which the mosques were built lay vacant. The think tank added that while 28% mosques have been damaged or altered in some form, a whopping 30% of ‘important Islamic sites’, including pilgrimage routes, shrines and cemeteries, have been destroyed in Xinjiang. As per estimates, one of three mosques has been demolished since 2017. 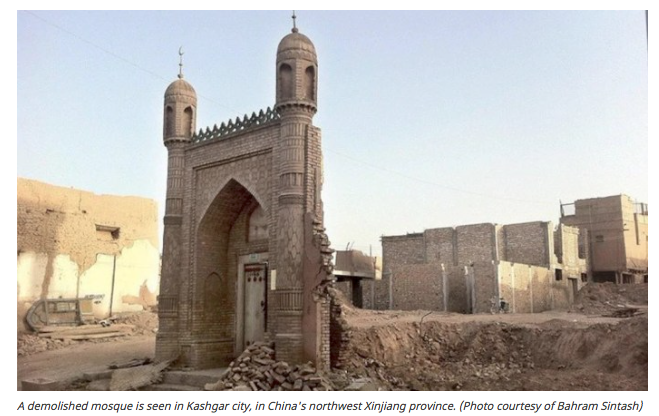 The think tank found that contrary to the claims of the Chinese government of the existence of over 24,000 mosques, less than 15,5000 mosques exist in Xinjiang province today. Interestingly, around 7500 of the existing mosques have been damaged to some extent.

ASPI has estimated that roughly 8,450 mosques were destroyed across Xinjiang, and a further estimated 7,550 mosques have been damaged or ‘rectified’ to remove Islamic-style architecture and symbols. It may be noted that Cultural destruction often masquerades as restoration or renovation work in Xinjiang. 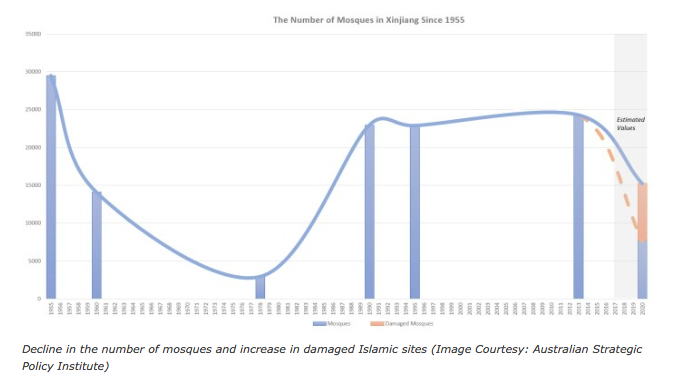 OpIndia In the ongoing project to “Sinicize” Islam in China, a large mosque has been completely transformed by the Chinese government, removing all signs of Islam. The Nanguan Mosque in Yinchuan, the capital of the Ningxia Hui Autonomous Region, is the largest mosque in the province. But now, it does not look like a mosque at all, as the large building has been completely changed by the Communist government. 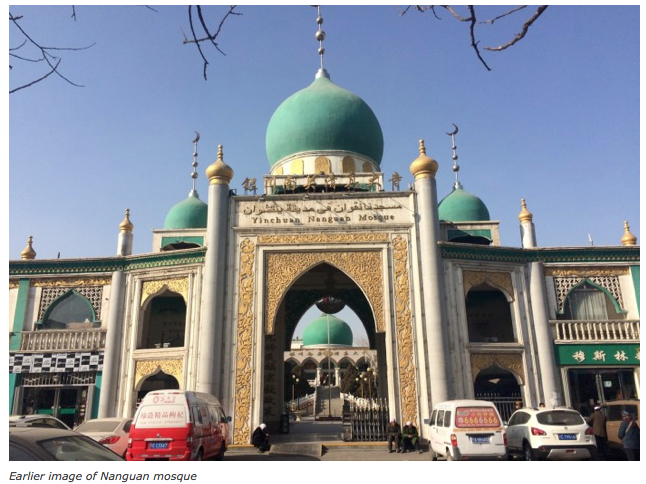 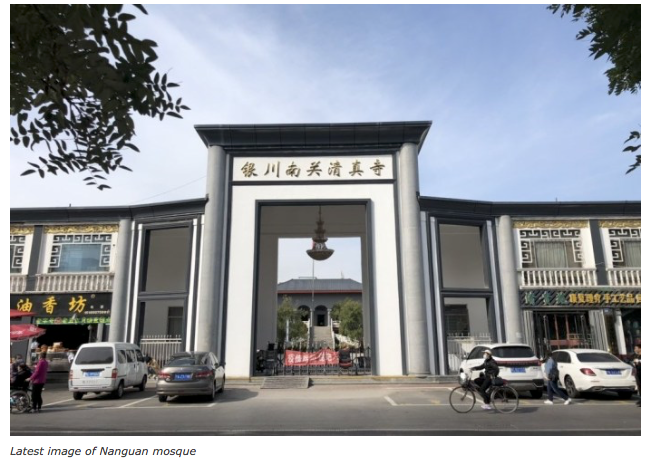 The mosques that were undamaged were found to have no existing Islamic architectural features, and therefore exempted from the ‘rectification’ campaign. Many mosques had also been converted to civic and commercial spaces like cafe-bars and public toilets. At the same time, 75% of existing mosques were either padlocked or had no visitors. 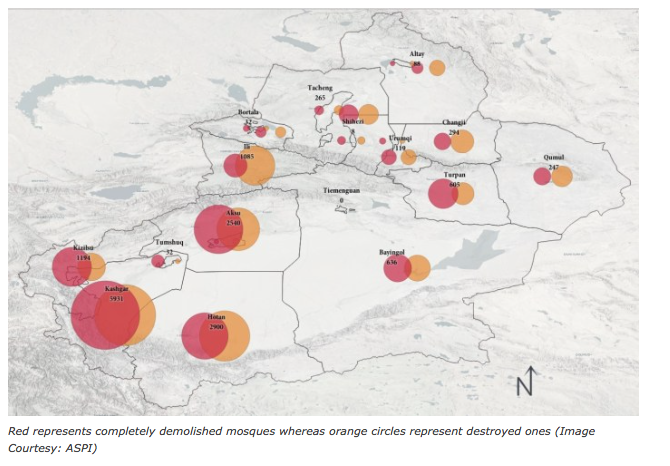 The transformation was expedited after a recent visit to the city by Chinese President Xi Jinping, who had scolded officials for being slow in Sinicizing Islamic structures. Xi Jinping indicated during the visit that “Ningxia has made some achievements in religious reform, but it was not thorough enough.” Meaning, the work should be intensified.

The president visited the region on June 6-8, and the demolition activities picked up soon after that. By June 26, the five green domes and the minarets from the mosque were gone, and the rest work was completed soon.

Despite unhappy with this, the Imams and local Muslims could not do anything about it, and they even didn’t express their dissatisfaction for fear of the tyranny of the government. A resident in the town said, “This campaign was ordered by the central government. An official told us that mosques should not be so grand and magnificent.”

The report stated that more than a million Uyghurs have been placed in concentration camps in the northwestern territory and are being coerced to desert their religious practices. The policy of ‘cultural assimilation’ and ‘inter-ethnic mingling’ has been mainstreamed under the current Chinese Premier Xi Jinping. The think tank observed that the renovation work on mosques stopped after his Xi’s speech in April 2016 in which he advocated ‘sinicisation of Chinese religion.’

What you probably don’t know is that China gets little or no blowback and condemnation about its anti-Islam policies from Muslim nations: 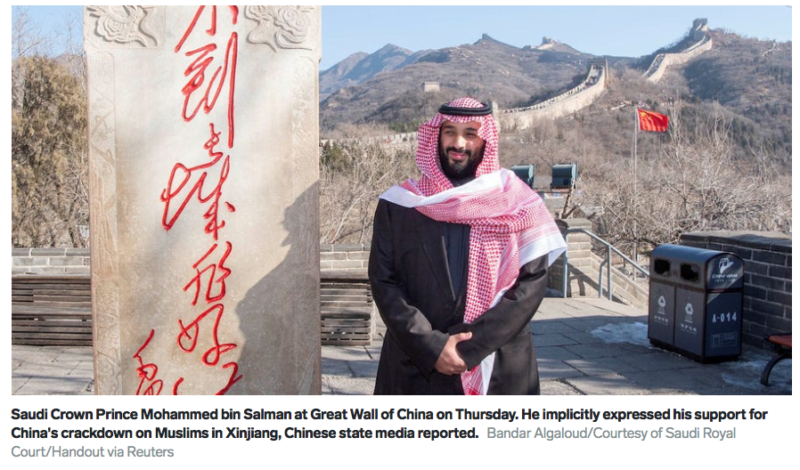