You probably saw the report I did on New Year’s Eve in France this year. If not, click the report below:

NEW YEAR’S EVE 2021: Looks like COVID-19 had a silver lining for France this year

Daily Mail (h/t Chris B) To the dismay of its citizens, France was lamentably slow over the New Year to roll out its Covid vaccination programme.

But the country continues to be bizarrely efficient at torching cars, which has become an annual tradition, with vandals (historically nearly all Muslims) burning 861 vehicles across France on December 31. 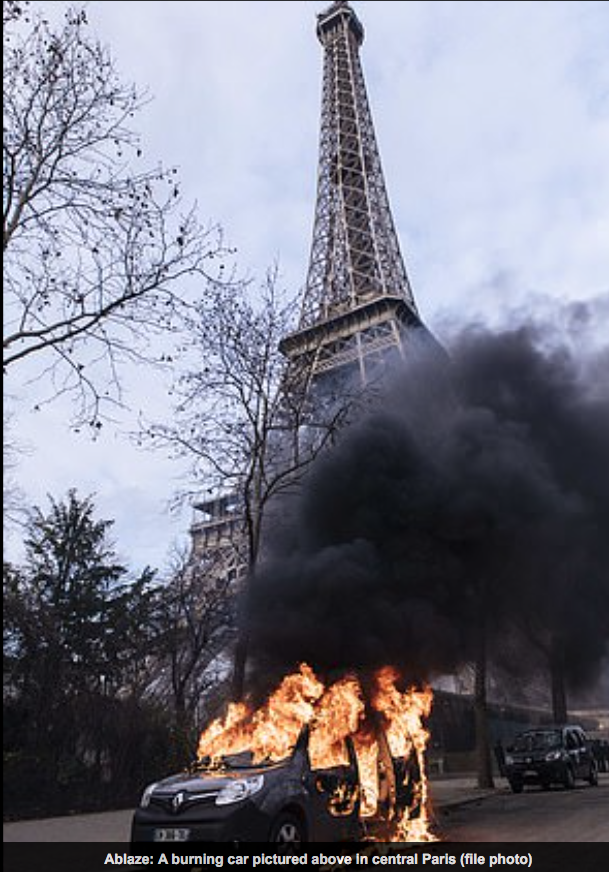 The French craze for setting cars ablaze on New Year’s Eve started in the 1990s, mainly as a form of Muslim immigrant protests.

However, it grew in popularity after the 2005 riots in the Muslim-dominant suburbs of Paris and elsewhere, and has since become an annual event, with as many as 1500 cars being burned in one night. 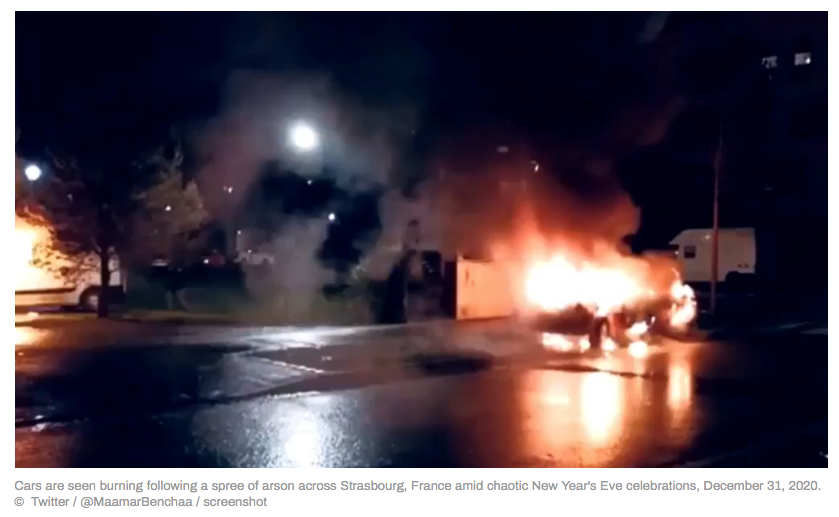