The Hamas-linked Council on American-Islamic Relations (CAIR), Democracy for the Arab World Now (DAWN), and the Israel-hating, Hamas-supporting Jews of Code Pink held a virtual press conference in support of the introduction of the Jamal Khashoggi Way Designation Act of 2021 by the D.C. Council. 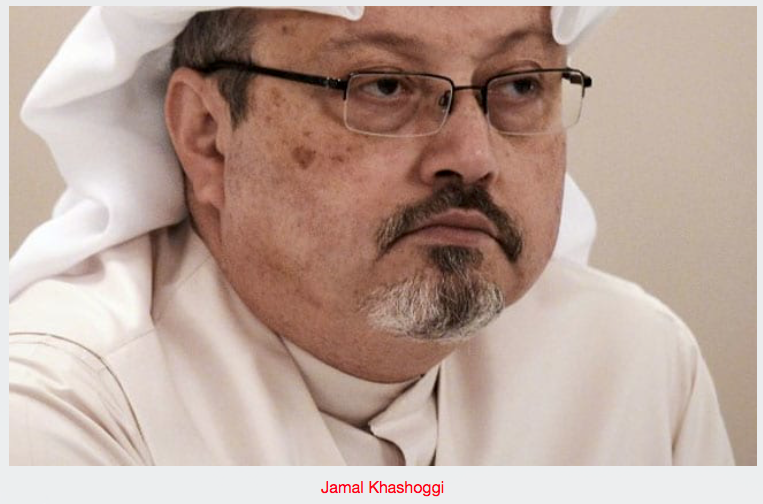 CAIR Introduced by D.C. Councilmember Brooke Pinto, the act seeks to rename the street in front of the Saudi Arabian Embassy in Washington, D.C., after Khashoggi and would designate New Hampshire Ave NW between Virginia Ave NW and F St NW as “Jamal Khashoggi Way.”

“Renaming the street in front of the U.S. Saudi Arabian Embassy ‘Jamal Khashoggi Way’ is a fitting tribute to a fearless democracy activist that could not be silenced – even in death – by his murderers.

Khashoggi’s friends and supporters are committed to ensuring his legacy will not be forgotten,” said CAIR National Executive Director Nihad Awad. “The D.C. Council must not delay in passing this resolution to honor the memory of Khashoggi and in defiance of his murderers.” 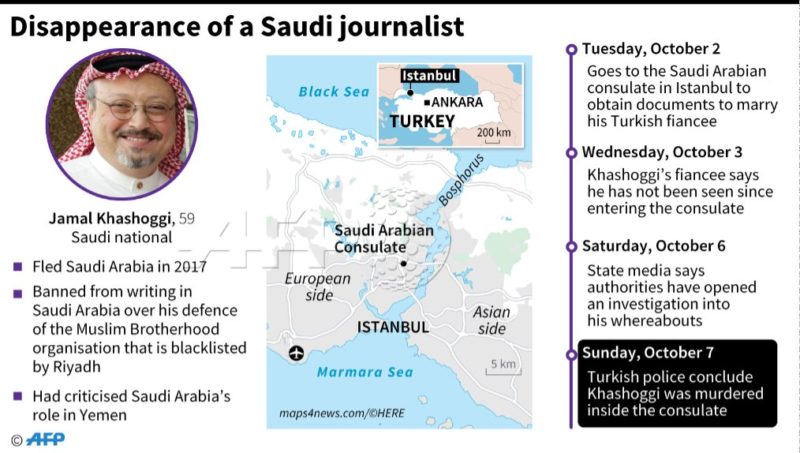 Ummm, not so fast, CAIR.

Spectator The fate of Khashoggi has at least provoked global outrage, but it’s for all the wrong reasons. We are told he was a liberal, Saudi progressive voice fighting for freedom and democracy, and a martyr who paid the ultimate price for telling the truth to power. But this is just plain wrong.

Khashoggi never had much time for western-style pluralistic democracy. In the 1970s he joined the Muslim Brotherhood, which exists to rid the Islamic world of western influence. He was a political Islamic extremist until the end, recently praising the Muslim Brotherhood in the Washington Post.

He championed the ‘moderate’ Islamic extremist opposition in Syria, whose crimes against humanity are a matter of record. Khashoggi frequently sugarcoated his Islamofascist beliefs with constant references to freedom and democracy. But he never hid that he was in favour of a Muslim Brotherhood arc throughout the Middle East. His recurring plea to bin Salman in his columns was to embrace not western-style democracy, but the rise of political Islam which the Arab Spring had inadvertently given rise to. For Khashoggi, secularism was the enemy. 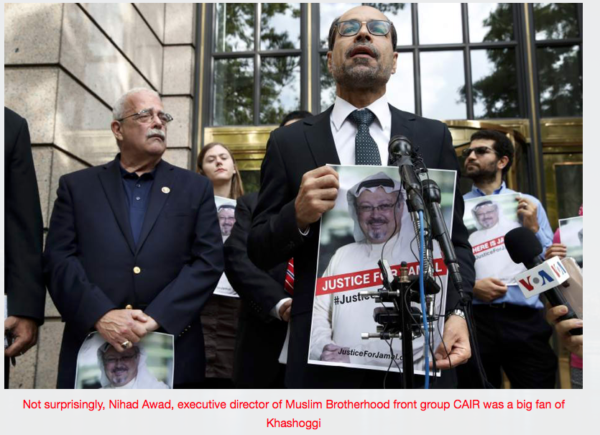