Now the Spanish government is trying to prosecute the one conservative VOX Party that has been fighting to stop the second Islamization of Spain, and has gained massive support from the people in a very short time. (See links at the end)

It took Spain 781 years to drive out the Muslim conquerors and put an end to tyrannical Islamic rule. In the year 711, Muslim forces invaded the Iberian Peninsula and, in just seven years had conquered it, reaching its pinnacle with the Umayyad Caliphate of Cordovain in the tenth century. It wasn’t until 1492 that the Muslim invaders were killed or driven out, and with them, the end of Islamic rule, which allowed Spain to become a Christian country again. 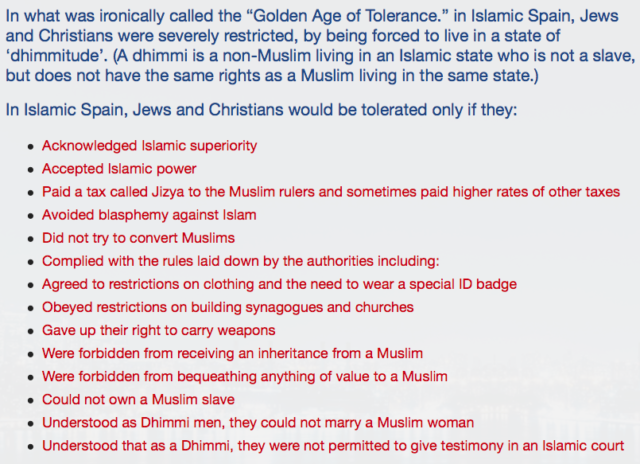 Daily Sabah (h/t Maria J) Prosecutors in Spain have launched  an investigations into a conservative party for allegedly perpetrating hate speech against Muslims.

The Barcelona province prosecutor’s office said Tuesday that it was looking into the recent campaign in a regional Catalan election by VOX, a party that mixes Spanish nationalism, populism and an uncompromising stance against illegal migration, after receiving complaints from several Islamic communities.

The groups, representing more than 300 mosques in the northeastern region, argued that Vox’s social media campaign under the tag #StopIslamization, which included a video mixing news about Muslims and an extremist attack in 2017, was slanderous toward Muslims in Catalonia.

Barcelona prosecutor Pilar López told The Associated Press (AP) that the initial probe, which will be protected by judicial secrecy, could last up to six months before deciding whether the campaign amounted to inciting hatred against Muslims.

Vox parliamentary spokesperson, Iván Espinosa de los Monteros, said Tuesday that the party was proud of its actions. The campaign highlighted the risks, he said, “brought by some who don’t accept the Western lifestyle and even come to bring it down.”

Making inroads in Catalan politics for the first time and sounding alarms across the political spectrum, Vox obtained Sunday 11 of the regional parliament’s 135 seats, more than the other two center-to-right parties combined.

El Confidencial (h/t Maria J) VOX launched ‘Stop Islamization’ through social networks on the eve of the campaign for the Catalan elections of 14-F , during which they repeated messages to warn of the “danger of Islamization” of the customs of Spain and Europe .

In fact, the campaign, which includes videos that intersperse images of the terrorist attacks of 17-A with others linked to the Muslim community, led Twitter to temporarily limit some of the functions of the official Vox account , for which the party announced who would sue the social network. 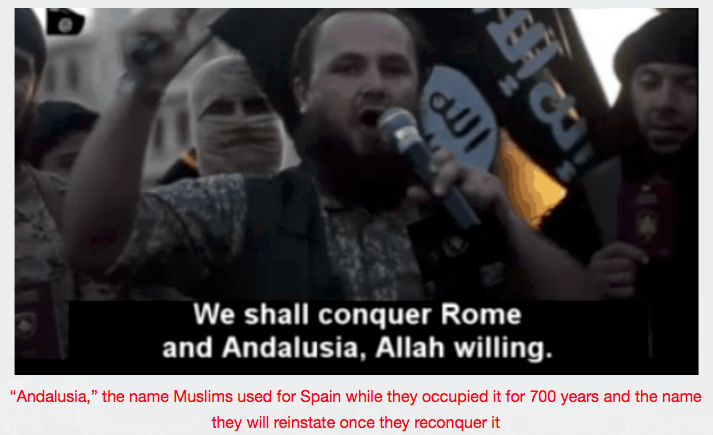 Disseminated through the hashtag #stopislamofobia , the campaign links Muslim immigration to terrorism and crime, pointing to them as responsible for more than 90% of the complaints that are filed in Spain for criminal acts.

In one of the 14-F electoral acts, the leader of Vox in Catalonia, Ignacio Garriga , and the spokesperson for the formation in the Madrid Assembly, Rocío Monasterio, took their messages to warn of the “dangers of Islamization” to Ripoll (Girona), town where the members of the terrorist cell that perpetrated the attacks in Barcelona and Cambrils (Tarragona) in August 2017 lived . 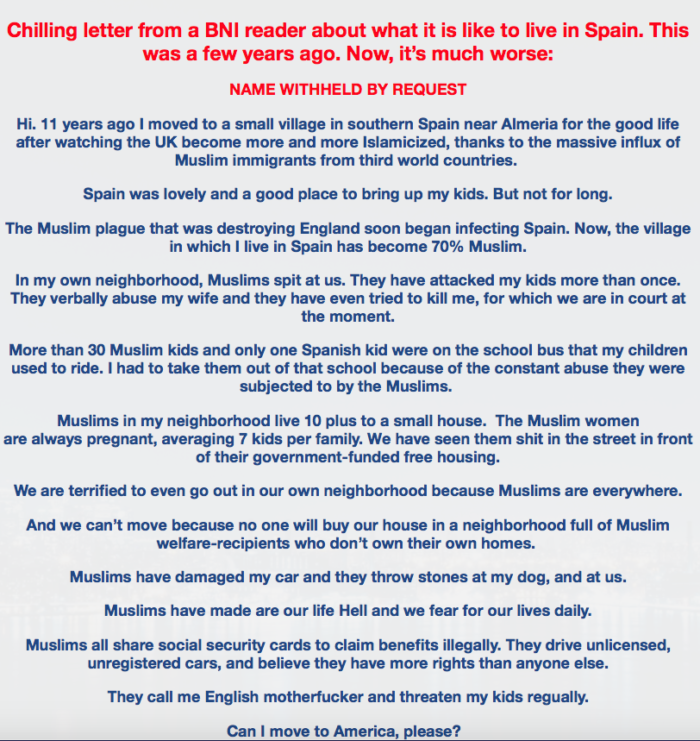 SPAIN: A growing reconquista of the country by Muslim invaders posing as refugees

HISTORY REPEATING ITSELF? By making it easier for Muslim invaders to illegally enter the country, Spain’s Socialist government appears to have have forgotten how bad it was under 700 years of Islamic rule

VOX Party warns Spain’s Socialist government: “Citizens will NOT allow the country to be turned into a multicultural dung heap”