Fulfilling a campaign promise, Biden’s Israel-hating team in the past two weeks announced a series of foreign aid grants to the Palestinians totaling almost $300 million, all of which and more was halted by President Trump. 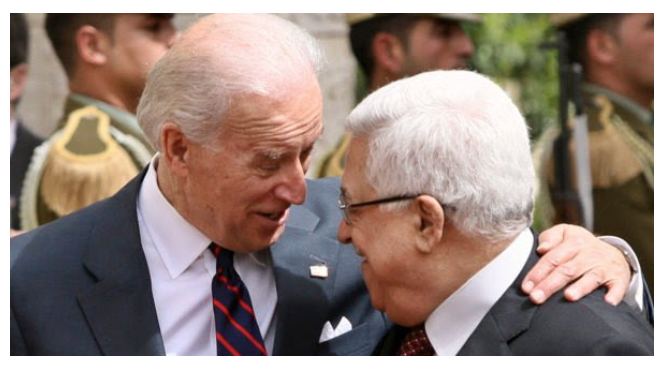 WINTwo Republicans have thrown a roadblock in front of the $75 million the Biden Administration wants to give to the Palestinian Authority, saying there must be a quid pro quo from the Palestinians, the Jerusalem Post reported Thursday.

“Resuming assistance to the West Bank and Gaza without concessions from the Palestinian Authority (PA) undermines U.S. interests,” the statement read. “The PA is spending millions annually to compensate terrorists while the international community pays for the well-being of the Palestinian people.”

Senator Jim Risch of Idaho, ranking member of the Senate Foreign Relations Committee, and Representative Michael McCaul of Texas, the lead Republican of the House Foreign Affairs Committee, used their authority to temporarily block $75 million that the U.S. Agency for International Development (USAID) had allocated for the Palestinian Authority.

Earlier this week, the State Department announced $290 million in financial aid for the Palestinians that includes renewed funding for the UN Relief and Works Agency (UNRWA) – funding that was cut by the Trump Administration. 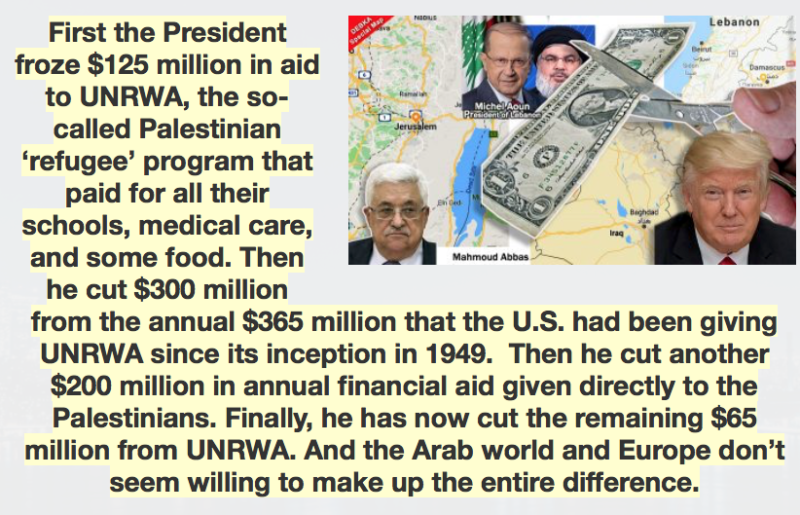 Risch and McCaul in their respective committees stopped the USAID budget request notification that by law needs to be sent to Congress, meaning the $75 million the Biden Administration wanted to distribute via USAID cannot begin on April 10 as intended, the Post reported. The aid money would begin to flow 15 days after Congress receives the request.

In a statement released on the Senate Foreign Relations Committee website, the two called out the Biden Administration for not ensuring that the Palestinians are complying with U.S. anti-terror legislation that conditions the transfer of funds to the Palestinians on not using it for endorsing terrorism.

We will continue to scrutinize every proposed program to ensure the administration’s actions are in lockstep with the Taylor Force Act and in compliance with all laws governing assistance to the Palestinians,” the two Republicans said.

Named for American grad student Taylor Force who was murdered by a Palestinian terrorist in 2016, the law blocks U.S. funding to the PA until it stop giving monthly cash stipends to terrorists who carried out attacks and their families.

“Additionally, we are disappointed that the Biden Administration has decided to resume funding for UNRWA without securing any reforms from the organization,” Risch and McCaul said.

“UNRWA schools regularly use materials that incite against Israel and the twisted definition used by the agency to determine who is a ‘refugee’ only perpetuates the conflict,” Israeli Ambassador to the UN Gilad Erdan explained in a Twitter post Wednesday.

In addition to the blocking of USAID funding, a group of Republican senators sent a letter to Secretary of State Antony Blinken calling on the Biden Administration to halt aid to the Palestinians until there were guarantees the funds would not end up in the hands of terrorists, Bloomberg reported.

“We call on you to halt these expenditures until the State Department accounts for statutory restrictions and remedies known deficiencies in the distribution of such assistance, which have for years promoted and facilitated terrorism against Americans and Israelis,” the letter stated.

Sick of throwing away billions of dollars on a lost cause, the Arab World slashed funding to the ungrateful, entitled Palestinians by 81.5% in 2020. And now with Biden taking up the slack, the Arabs can spend their money on defense against the Iranian threat in cooperation with their new ally – Israel.

BNI Readers: President Trump heard your request and now has cut ALL funding to the Palestinians