Greece’s decision to designate Turkey as a safe third country for illegal alien asylum seekers from Syria, Afghanistan, Pakistan, Bangladesh and Somalia means radical changes in the management of migratory flows. Greek authorities have deemed that Turkey meets all the conditions to be considered a safe country. 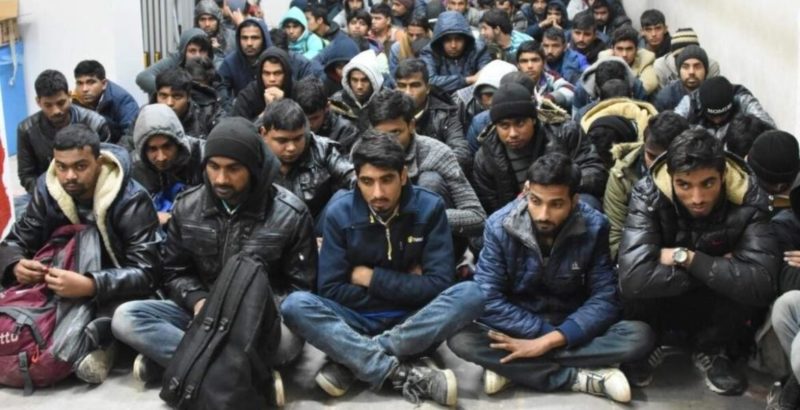 Greek City Times (h/t Mano) This is perhaps the most important legal change in migration laws for many years in Greece as it practically means that Turkey should undertake the process of applicants originating in Syria, Afghanistan, Pakistan, Bangladesh and Somalia.

This is because Greece considers these people not endangered in Turkey for their race, religion, citizenship or political beliefs.

The Minister of Immigration and Asylum, Notis Mitarakis, stated that “the designation of Turkey as a safe third country is an important step in tackling illegal immigration flows and the criminal activity of smuggling networks.”

This change is the direct result of Turkey opeining its border with Greece last year, sending thousands of illegal alien freeloader wannabes into Greece.

Above all, however, it is another step for the full and unwavering implementation of the EU-Turkey Joint Declaration, which obliges the neighboring country not to allow the smuggling ring and the passage to Greece.

This development minimizes the time for the issuance of asylum decisions, which during the previous government took even one year. Thus, those who arrive in Greece and apply for asylum, will see their application rejected in a short time, even in one to two days, since the country in which they should have sought asylum is Turkey.

It is noted that according to the data, immigrants from those five countries file 90% of asylum applications in Greece at the moment. Given this, those from Syria, Afghanistan, Pakistan, Bangladesh and Somalia, if they arrive in Greece will have to return to Turkey.

One of the problems is that the Muslim invaders in Greek migrant camps keep setting the camps on fire.

According to sources in the Ministry of Immigration and Asylum, this development not only legally shields our country in dealing with migration flows but also puts Turkey before its responsibilities as so far it refuses to cooperate on the issue of deportations.

At the same time, as emphasised, within a reasonable time after the implementation of this decision, it is expected that illegal immigrants will warn their compatriots that Greece is not a corridor to Europe.

It is expected that this will rapidly reduce the number of those who try to reach Germany, France and other European countries through Greece.