A 16-year-old girl who expressed her negative opinion about Islam was targeted with hundreds of thousands of threats of rape, slaughter, or beheadings by Muslims in France, the result of which forced her to leave school and be put under 24-hour police protection, living like a prisoner, isolated from society. 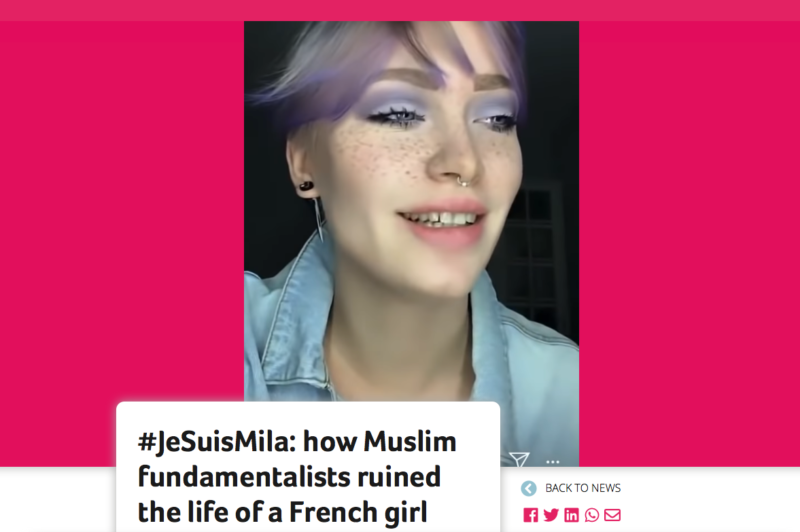 RAIR Foundation For the past eighteen months, she has had to live like a fugitive in her own country. In her first TV interview in over a year, Mila discusses her daily life of living like a prisoner in her own home and city and her struggles with isolation, loneliness, and feelings of abandonment by France. Mila shined a spotlight on her country’s “cowardly” desertion, ultimately leading to what Mila sees as her truncated future by Islamic assassination.

While the trial of the thirteen people who sent hundreds of thousands of death threats to Mila is about to be held, the teenager sat down with French news station TF1 for an interview. The now 18-year-old Mila is about to release a book entitled “I Am the Price of Your Freedom.”

Mila’s life is still in a constant state of danger since she stood up to anti-gay attacks from a Muslim man in January 2020, just one of hundreds of thousands of death threats have been directed at Mila. Even at the even at the new military school she transferred to, Mila’s life was under such serious threat they would no longer allow her to attend. Mila was forced into isolation and had to be homeschooled. 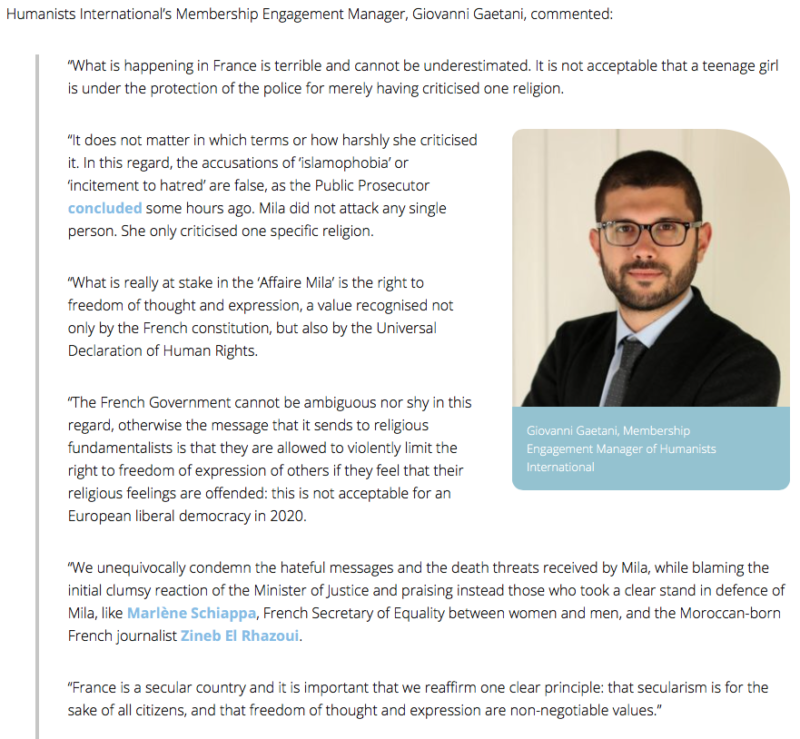 Muslims and most leftists in France believe Mila brought the insults, threats of public lynching, burning her alive, throwing acid on her, the threats of rape, and death onto herself. Meanwhile, many people who support Mila remain publicly silent out of fear for their own lives.

Mila’s supporters are not wrong to be concerned about the consequences of making Muslims angry. Islam prescribes death for detractors. Under Sharia, those who “insult” Muhammad or Allah are to be executed. The Qur’an asserts that those who insult and mock Islam or its Prophet may be killed or condemned to hell.

Muslims have put Mila, France, and the rest of the free world on notice: if you insult Muhammad, Islam, their holy books, or even fail to consider Islamic law (Sharia) in all things, we will harm you.