Always under fire from CAIR, former FBI agent and counter-Islamic terrorism expert, John Guandolo and his organization ‘Understanding the Threat’ is the go-to person for training law enforcement officers in counter-terrorism and educating citizens about the growing threat that Islam and terror-linked groups like CAIR pose to America. 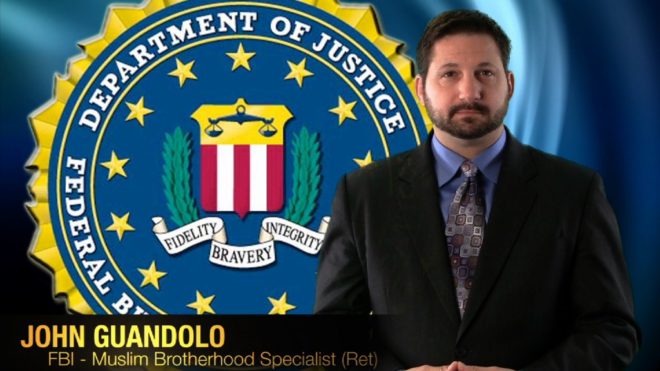 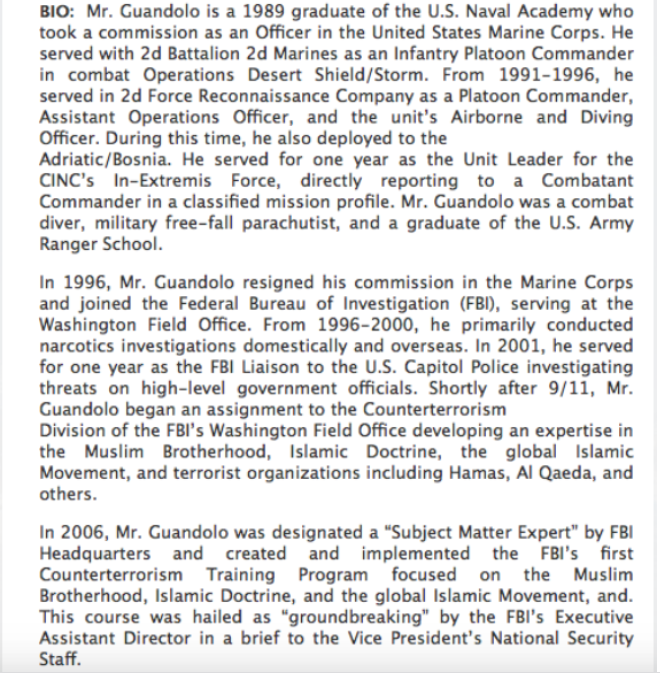 Somehow, CAIR always seems to know where John Guandolo will be speaking or conducting counter-terrorism training for law enforcement and they do their best to try to convince his hosts to disinvite him. It rarely, if ever, works, but that doesn’t stop Hamas-linked CAIR from trying.

The latest attempt by the Dallas/Fort Worth chapter of the Council on American-Islamic Relations (CAIR-DFW), today called on Preston West Republican Women and Venue Forty|50 to drop Guandolo from an upcoming event.

CAIR-DFW, in its press release, accuses Guandolo, in what they say are among his many conspiratorial claims about Islam and Muslims, of falsely claiming that American Muslims are using mosques to plan attacks on law enforcement authorities, that Muslims are “obligated” to lie and that “Islam is evil.”

Apparently wise to the slanderous efforts of CAIR, this group warned attendees in a flyer not to post about the upcoming event on far-left Social Media. Preston West Republican Women’s homepage is promoting Guandolo’s appearance without mentioning him or his anti-Muslim group, Understanding the Threat (UTT), by name. 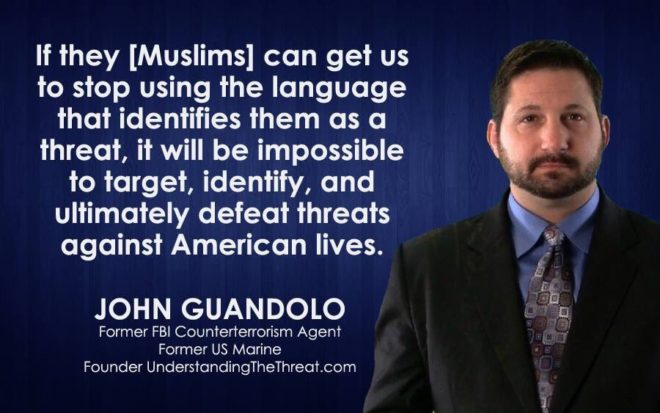 The FBI investigated an image tweeted by Guandolo’s hate group that purported to show the bombing of “CAIR HQ” in Washington, D.C. Guandolo, who has previously tweeted that “CAIR needs to be obliterated,” re-tweeted the bombing image on his personal account. Guandolo also tweeted that “Islam is evil & barbaric.”

“The Dallas-Fort Worth Muslim community calls on Venue Forty|50 to not provide space to an anti-Muslim bigot like John Guandolo,” said CAIR-DFW Executive Director Faizan Syed. “If Preston West Republican Women is so proud to host Guandolo, why are they keeping it a secret and asking members to not post about Guandolo on social media?”