German authorities have managed to identify 12 men, ten of whom have (Muslim) migrant backgrounds, who are believed to have brutally gang-raped a 15-year-old German girl for over two hours in a Hamburg park last fall.  While one of them was briefly detained, NOT A SINGLE ONE OF THEM IS IN CUSTODY. 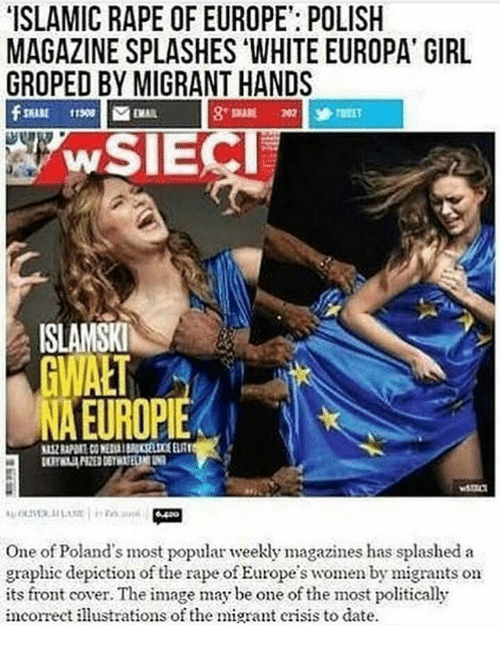 REMIX News (h/t Nita) The shocking attack took place in September of 2020 at around 11:15 p.m. when the girl had been walking home after leaving a friend’s birthday party. As the 15-year-old girl was walking through Hamburg’s city park, her night took a horrific turn when she was approached by one of the perpetrators, who lured her to a secluded area, raped her, and then called his friends, who came and took turns raping her as well, FOCUS ONLINE reports.

According to a report from German tabloid Bild, the attack lasted more than two hours and was filmed by one of the perpetrators, although investigators say they have been unable to obtain the alleged video evidence of the gang rape.

When the alleged gang-rapists finally finished at around 1:45 a.m., they are said to have taken the victim’s purse and mobile phone before fleeing the scene. At that point, police were called to the scene and medical professionals managed to acquire nine different traces of semen on the girl. So far, however, investigators say they’ve been unable to obtain the alleged video evidence of the gang rape.

Now, more than a year after the attack, prosecutors say that they’ve identified the alleged perpetrators. Police initially identified five men as suspects, but then later identified two 20-year-old twin brothers who are also believed to have taken part in the gang rape. After subsequent investigations, police now believe that a dozen men were involved in the attack.

Of the suspects being investigated, all twelve are between the ages of 16 and 23, and ten of them have (Muslim) migrant backgrounds. Police briefly detained one of the suspects, but promptly released him. The rest of the alleged perpetrators remain at large.

Liddy Oechtering, the spokeswoman for the public prosecutor, said, “We are now checking whether or not to bring charges.”

As Remix News has continually chronicled, gang rapes carried out by foreign men have become common in Germany, a fact that the outgoing Chancellor Angela Merkel’s federal government has consistently overlooked when claiming that Germany’s migration story has been a success. 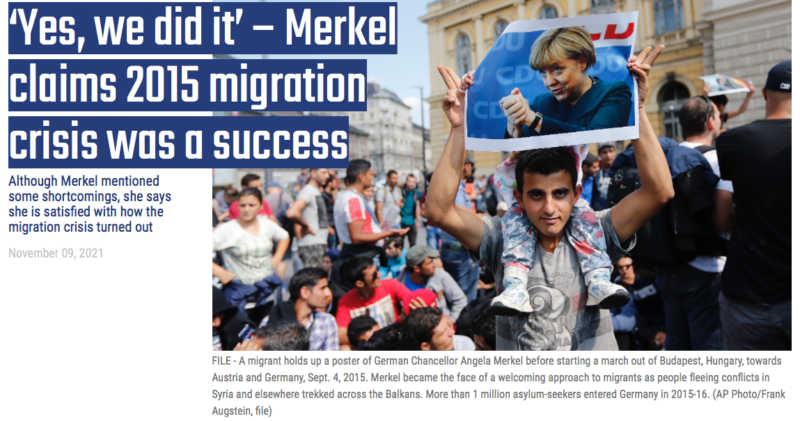 Migrant rape has been a major concern in Germany, with 2019 crime statistics showing that migrants are disproportionately represented in sexual assaults as well as murder and other serious crimes.

Just this year, four migrants were arrested for filming their gang rape of a woman in Düsseldorf. In another case, a migrant raped an 11-year-old special needs girl in Hanover. German women have even been targeted for gang rape in other countries, with eight Iraqis gang raping a German woman in Vienna.

The gang rape was not the only high-profile incident in the city of Freiburg either, with an asylum seeker who said he was from Afghanistan convicted for the 2016 rape and murder of a young German woman.

In August, data contained in a report released by Germany’s Federal Criminal Police Office (BKA) revealed that an average of two women or girls are gang-raped in Germany each day, with Muslim migrants making up roughly half of the suspected perpetrators. Despite making up just 13.7 percent of Germany’s population, foreigners were involved in approximately half of all gang rape cases.

The horrific statistics reveal that half of all suspects in gang-rape cases were not German citizens and that often the perpetrators came from Islamic countries such as Afghanistan, Iraq, and Syria https://t.co/xq0ASSJrTm

Migrant rape has been a major concern in Germany, with 2019 crime statistics showing that migrants are disproportionately represented in sexual assaults as well as murder and other serious crimes.

The BKA’s report goes on to mention that men from majority-Muslim countries like Iraq, Syria, and Afghanistan are disproportionally represented as gang-rape suspects. The same phenomenon can be seen elsewhere in Western Europe, as well. 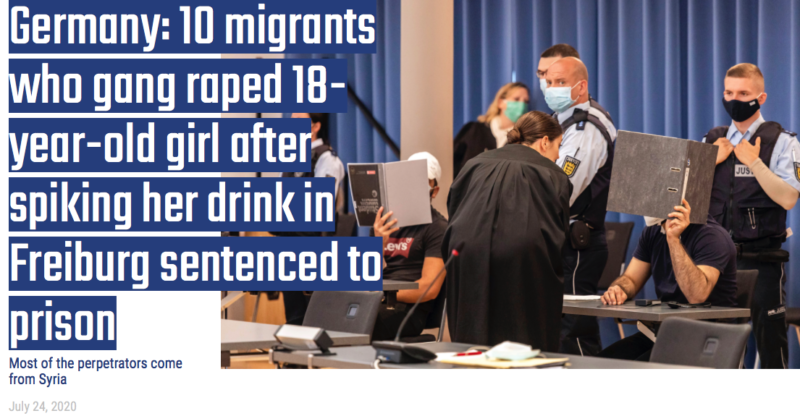 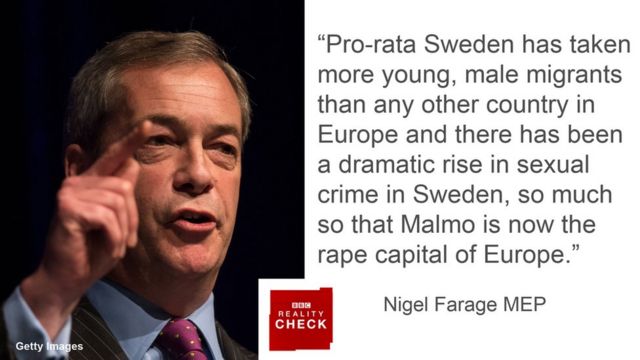