“Liverpool Women’s Hospital suicide bomber who lied about converting to Christianity in bid to claim asylum was, in fact, a practicing Muslim who carried a quran and prayer mat with him.” But anyone who might have raised doubts about Emad Jamil Al-Swealmeen’s sincerity would have been excoriated as “Islamophobic.” 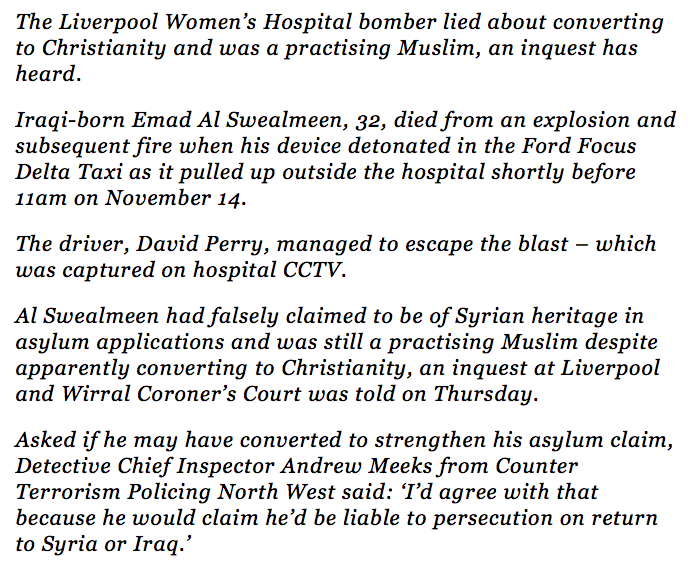 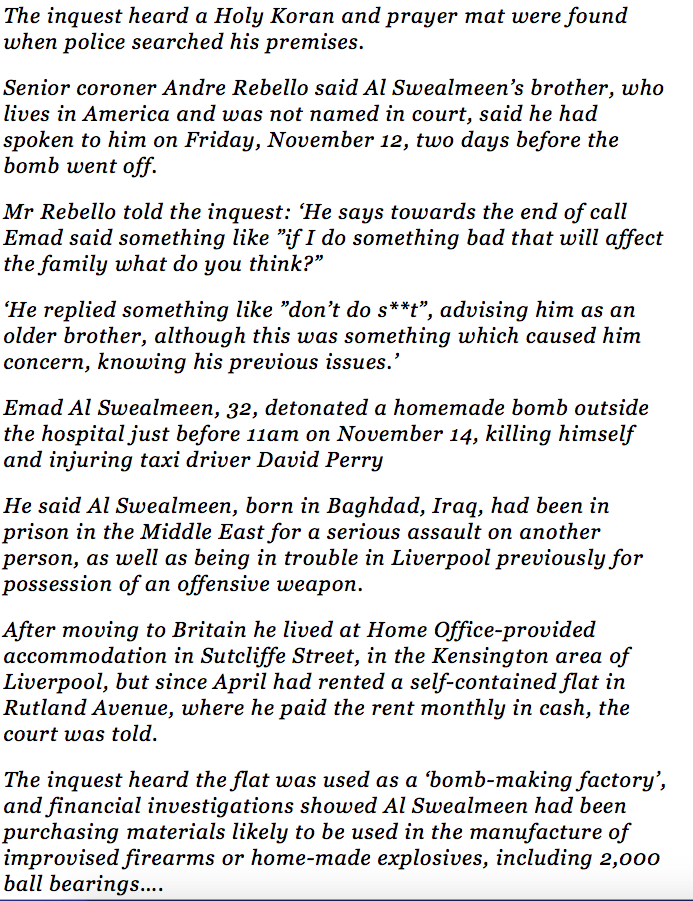