And he threatens to torch the truck of the driver who is delivering 7-Up products around Pakistan unless the company immediately removes the alleged Muhammad reference from the bar code of all its sodas. FYI: The Pepsi driver was Muslim.

BUT THAT’S NOT ALL! Major clothing retailer, H&M, folds like a cheap suit, pulling a line of children’s socks after Muslims complain about what they see as an upside down “Allah” (in Arabic) mark in the sock design

Giving in to another example of ‘Islamomania’ syndrome suffered by Muslims, Swedish retail giant H&M has recalled a line of children’s socks after coming under fire for allegedly having a pattern resembling the word “Allah” written upside down in Arabic letters on the socks. 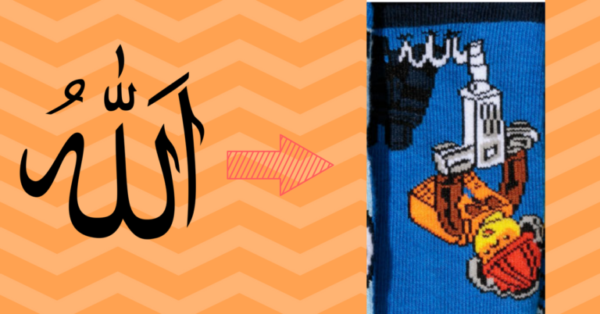 WAIT! THERE’ MORE: The fast-food chain, Burger King in the UK, had to withdraw its swirly ice-cream cones after the lid design offended Muslims because they thought it resembled the Arabic word for ‘Allah.’ 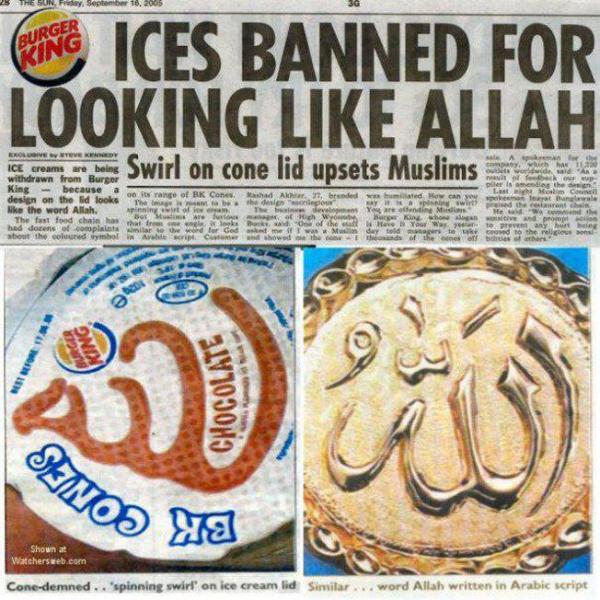 AND CAN WE EVER FORGET THIS? “Just dump it!” Nike recalls shoe considered offensive to Muslims. 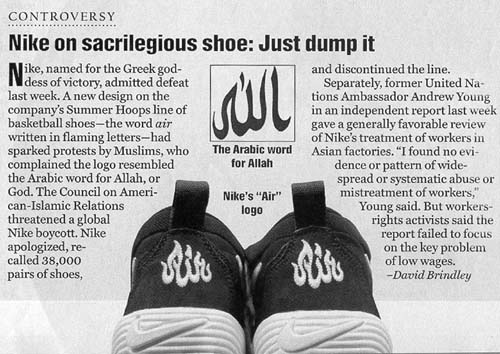 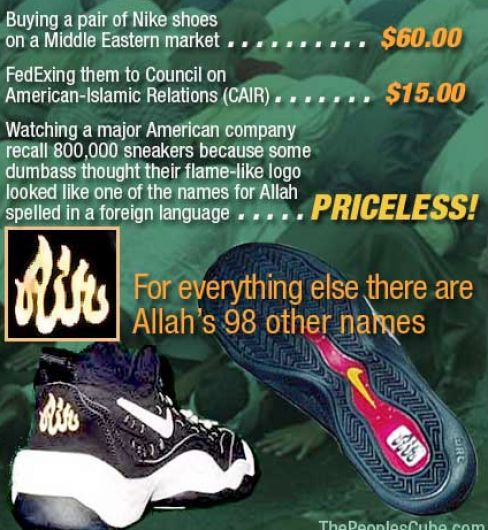 UNBELIEVABLE!Muslims tried, but failed to get Apple to take down its cube-shaped building on Fifth Avenue in New York City because it resembles the Kaaba in Mecca and “constitutes a blatant insult to Islam.“

WALMART BOWS TO ISLAM AGAIN, pulls Halloween costumes that Muslims find offensive off its shelves. The retail giant got blasted Friday for selling a costume called the “Pashtun Papa” (right) — a mock-up of traditional Afghan robes and turban, coupled with a big, fake silver beard. “We are deeply sorry that this costume is on our Web site, and we are pulling it down as soon as possible,” a Walmart spokeswoman said. 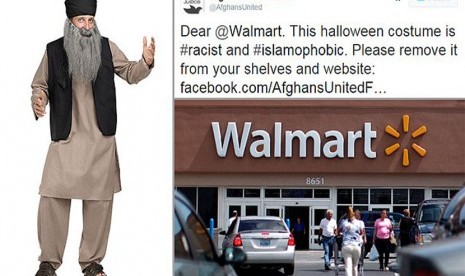 CAIR IS BEHIND MOST OF THESE IDIOTIC COMPLAINTS: Designated terrorist group CAIR says Coca Cola’s use of Arabs and camels in its Superbowl commerical is offensive to Muslims.