Convicted Muslim rapist jailed for preying on sleeping women avoids deportation back to Afghanistan after judges rule the hardline Taliban will ‘take a dim view’ of sex offenders. Ibrahim Ahmadi was stripped of his refugee status when he was jailed for preying on a sleeping woman in Glasgow. But he has now won the right to remain in the UK after judges decided he might incur the anger of the hardline Taliban regime if he were returned. 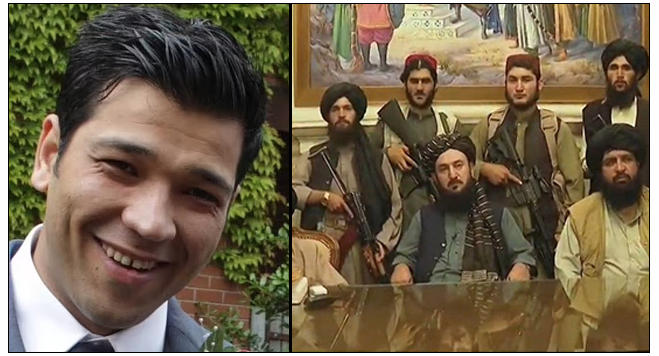 UK Daily Mail (h/t Nita) The 29-year-old successfully claimed he would be persecuted in his homeland for being a member of the minority Hazaras ethnic group, even though two members of the sect have been appointed to the new Afghan government.

The ruling has sparked fury. Russell Findlay, the Shadow Community Safety Minister in Scotland, said: ‘This judgment is extremely concerning and suggests the human rights of a rapist are deemed more important than the safety of the public. ‘Most people couldn’t care less about his sob story on how the Taliban treat sex offenders. They would rather see him removed from our streets and put on the next available flight to Kabul.’

Ahmadi arrived in the UK in 2007 as a 15-year-old, claiming he had been held hostage by the Taliban but had escaped. He was refused asylum but won an appeal and was granted indefinite leave to remain in 2014. That same year, he was arrested for threatening a woman in Lanarkshire and was given addiction counselling.

But just months later, he carried out a vile sex attack on a 25-year-old woman as she slept in her flat. He was convicted of rape and jailed for seven years. The sentence was later reduced to five years on appeal, although reports by social workers said he continued to pose a high risk to women.

The Home Office ordered Ahmadi’s deportation in 2019 but he used taxpayers’ money to fund a legal challenge that was given a boost when the Taliban seized control of Afghanistan last August – just days before the hearing. In their judgment, Upper Tribunal judges Hugo Norton-Taylor and Tom Wilding accepted that Ahmadi ‘represents a danger to the community of the United Kingdom [and] there remains a very strong public interest in deportation’ but ruled that ‘recent events in Afghanistan’ meant sending him back would breach his human rights.

This a familiar story that we hear all the time from pussified nations in the West: