It’s no secret that there is virulent anti-Semitism in the Arab world (and much of the Western world) today. No, not this week, this month, or this year, but TODAY. Below are some samples of the anti-Semitic libel in Arabic media from JUST TODAY: 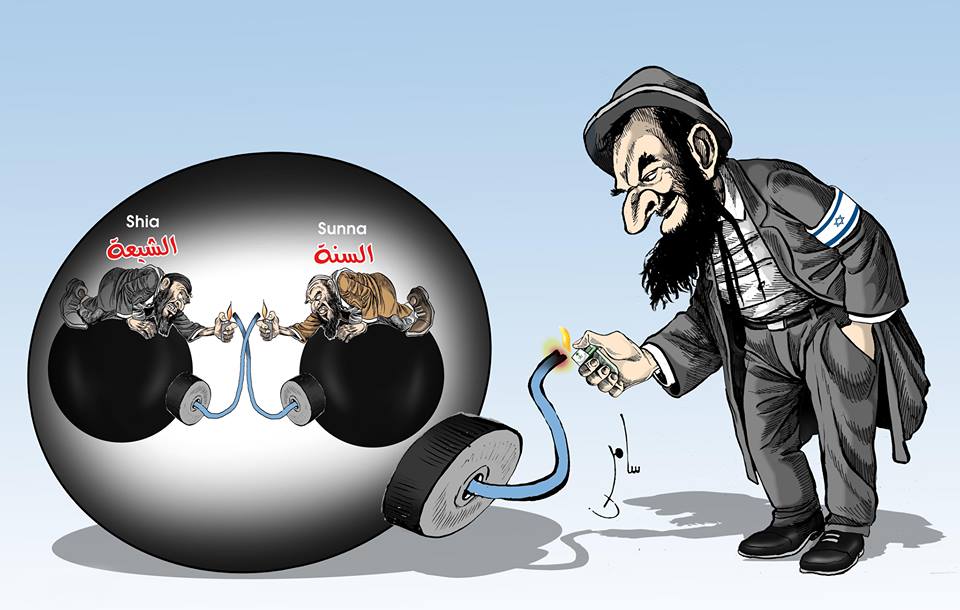 MENAFN has a column that begins:

What characterizes the Zionist movement is its hostility to all human beings, selfish behavior, devoid of all noble human values. It is a destructive, arrogant movement directed by Machiavelli’s theory (the end justifies the means)…Zionism is the most dangerous movement in human history, because they do not despair  and do not rush matters. What is important to them is that they achieve what they want and achieve their goals. To demonstrate this, I would like to remind you of the first conference of the Zionist movement, which was held in Basel, Switzerland, in 1897, chaired by Theodor Herzl. Decades ago I read interpretations of the Protocols of the Elders of Zion…

Al Mal News has a story titled “The historical roots of Israeli psychopathy” that traces this supposed psychopathy from Jewish lust for wealth – somehow symbolized by the story of the Golden Calf – through Jewish oppression of Palestinians,

Al Watan says that the Jewish people are a fabricated people, and the Ashkenazim are not really Jews but really there is no Jewish nation altogether anyway.

The Islamic Christian Committee for the Support of Al-Quds and the Holy Sites affirmed that the United Nations resolution against the denial of the Holocaust without addressing the suffering of the Palestinian people, and the killings, isolation and Israeli siege they are subjected to, constitutes a breach of the legal and moral responsibility of the international organization.

The commission added that the Holocaust has turned into a Zionist industry in order to extort positions and money, and is being used in the media and politically to cover up Israel’s crimes and its historical responsibility for displacing the Palestinian people from their land through murder and terrorism.

An academic conference in Jordan said that the Jewish ties to Jerusalem is a myth, saying that “Jewish historians are the ones who write the history related to the city of Jerusalem based on their trends and whims, in an attempt to obliterate any non-Jewish historical and archaeological identities found in the city.” The real facts, according to this conference, is that Jews only controlled Jerusalem for 28 years after the Maccabi revolt, and never at any other time

Al-Fath News describes how Jews own the media, with a reproduction of a story I discussed a couple of weeks ago. 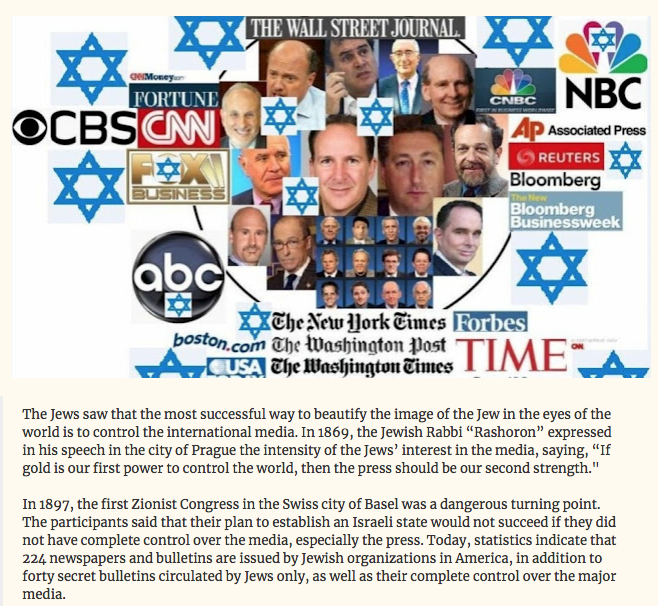 A columnist in Raia Al Youm (Jordan) says that the task of pro-Palestinian activists in the West is very difficult, because “some of them sometimes lose their job if they work for an institution where the Jews have influence.”

This is just one day’s worth of endemic, systemic Jew-hatred in Arabic language media.