91-year-old Holocaust survivor Naomi Perlman, who was wounded by shrapnel from a Hamas-launched rocket from Gaza in May 2021, has sadly succumbed to her serious wounds. She survived the Nazis only to be murdered by modern day IslamoNazis. Perlman’s Indian caregiver, Santosh Sumaya, was also killed in the attack.

i24 News “If there is anyone who deserves to be called the ultimate survivor it is her,” her son, Shuki Perlman, was quoted by Kan News as saying.  “It was nine months of fighting. I did not believe she would survive. She came without a pulse and blood pressure to Barzilai.” Perlman immigrated to Israel from Poland in 1950.

The Ashkelon Municipality said that she and her late husband, Ya’acov, “contributed significantly to the construction” of the city, Kan reported.

Needless to say,Muslim terrorists have no humanity. 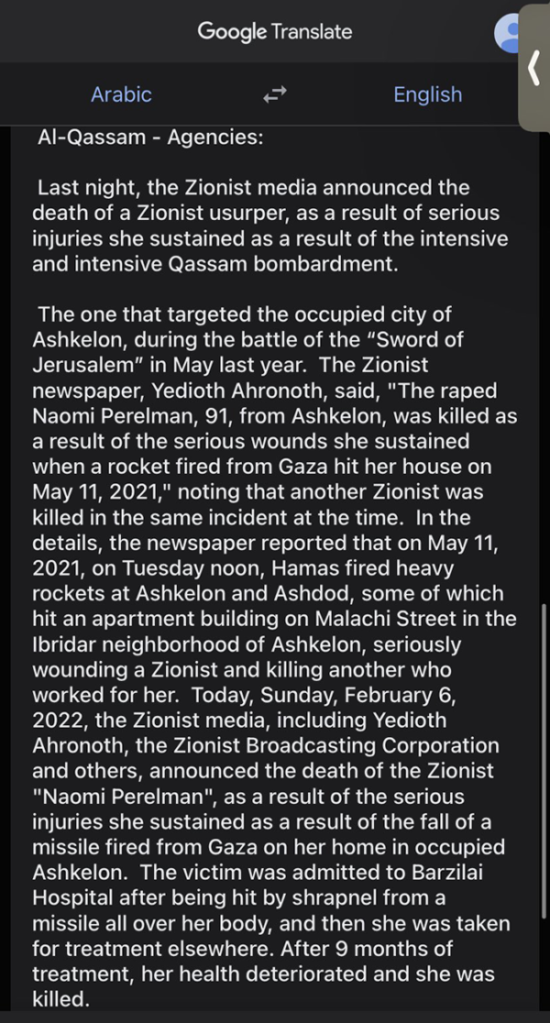