In 2006, Amy Gutmann was the president of the University of Pennsylvania. During a Halloween party in her home, she posed for a photo with a Muslim student who was dressed as a suicide bomber. The picture resurfaced after Gutmann was approved by the Senate on Feb. 8th to be President Joe Biden’s ambassador to Germany.

This is an actual photo of Biden’s ambassador to Germany, Amy Guttmann pic.twitter.com/GX4V4KxMlR

WND According to a Jerusalem Post article from 2006, Gutmann only issued an apology after days of growing controversy over the costume worn by the Syrian-born engineering student.

The incident does raise some questions abut Gutmann, now 72, who has German-Jewish roots. Why did it take days of criticism before she acknowledged how bad the image was? A Muslim student knew it would be OK to show up at her house dressed as a suicide bomber. What does that say about Gutmann’s reputation and judgment?

The Hill reported that, while Gutmann was in charge Penn, Joe Biden was appointed the Benjamin Franklin Presidential Professor of Practice at the university. Biden was paid over $900,000 while he held the position.

Doesn’t really matter because it’s a done deal. I guess we should be happy that at least his latest appointment isn’t a drag queen. 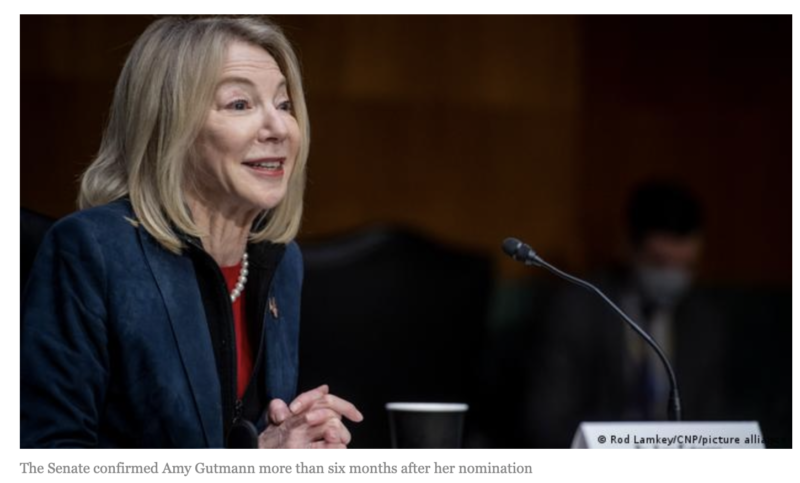