The Chechen Muslim special forces, referred to as “Kadyrovites,” after Chechen leader Ramzan Kadyrov, were reportedly deployed by Russia to “capture and kill” Ukrainian leaders, including President Volodymyr Zelensky. 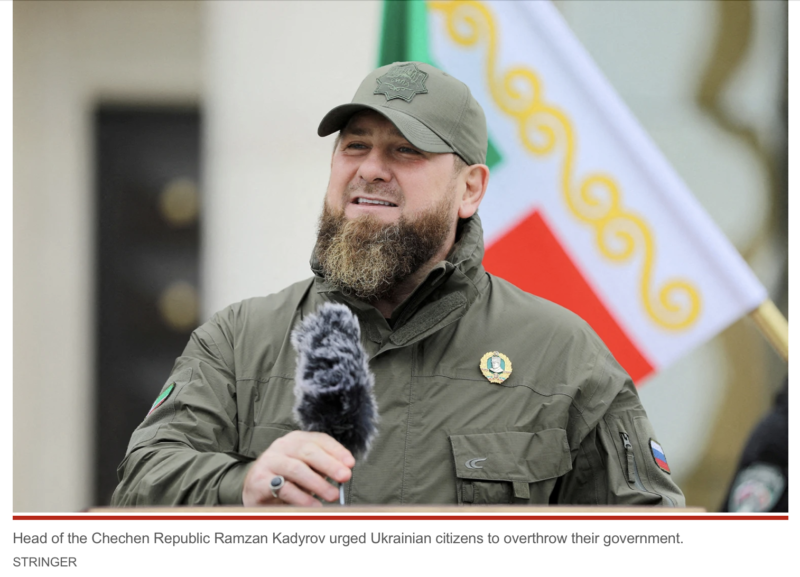 Daily Mail Moscow-supported warlord Chechen Muslim Ramzan Kadyrov, an eccentric strongman and close ally of Russian leader Vladimir Putin, who has cheerfully described himself as “Putin’s foot soldier,” announced Saturday his fighters had been dispatched to try to assassinate Ukraine President Volodymr Zelensky and other leaders.

The group -which numbered in the hundreds – was blown to smithereens by locals on their second day in the country. Those killed include Chechen general Magomed Tushaev – one of the regime’s most highly-decorated soldiers. Vladimir Putin had green-lighted their deployment, with each fighter given a deck of cards to help them recognize Ukrainian leaders they were encouraged to capture and kill. 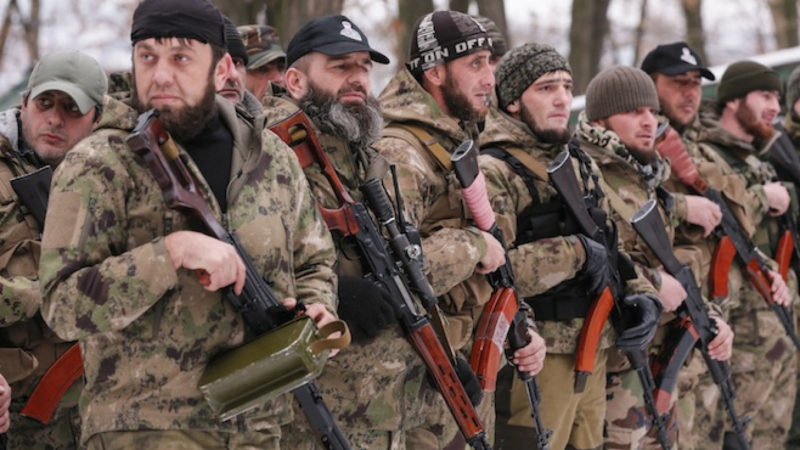 The armed MUSLIM group – famed for their barbaric violence and human rights abuses – are said to have been obliterated after their convoy of 56 tanks was blown to smithereens near Hostomel, just northeast of Kyiv, by Ukrainian missile fire on the second day of the Chechens’ deployment. It is unclear how many died – but the number is likely to run into the hundreds.

Their deaths were reported by The Kyiv Independent news outlet as officials in Kyiv revealed that they’d managed to maintain control of Ukraine’s capital city throughout combat on Saturday night and into Sunday morning.

Among the Chechens said to have been wiped out was general Magomed Tushaev. He was commander of the 141th motorized national guard brigade – Chechen head of state Ramzan Kadyrov’s elite force. Tushaev had also been pictured with Kadyrov, in a measure of his importance to the Chechen regime, which shot to notoriety in the west for hunting down, torturing and killing gay men.

Kadyrov is even believed to have visited his doomed squadron in a Ukrainian forest before their alleged deaths.

The terror squadron’s reported killings are a crushing psychological blow for Vladimir Putin’s stalled efforts to conquer Ukraine. The Russian premiere had dispatched the group to capture or kill Ukrainian President Volodymyr Zelensky, knowing full well that the fighters’ brutal reputation would strike further fear into the hearts of besieged Ukrainians.

But Zelensky remains standing, and has become a global hero for his brave dispatches from the front line – while his would-be assassins’ reported killings have brought huge disgrace and widespread grief to Chechnya.

I’ve been receiving messages from Chechen sources that after huge losses of Kadyrov’s personal “army” (in particular: @ 70 of them were reported charred alive after a single Bayraktar strike), most of the rest returned across the border. Scenes like this corroborate such reports. https://t.co/hPLPEz8V9g