This follows the brutal gang-rape last week by Muslims of a 15-year-old Austrian girl who was forced to watch a video of it. In Germany, two Muslim cousins from Lebanon are on trial for a joint rape of a 20-year-old, Tessa R (name altered). The rapists lured the young woman into a garden shed, drugged her with vodka and raped her, then  posted a video of it on the internet. 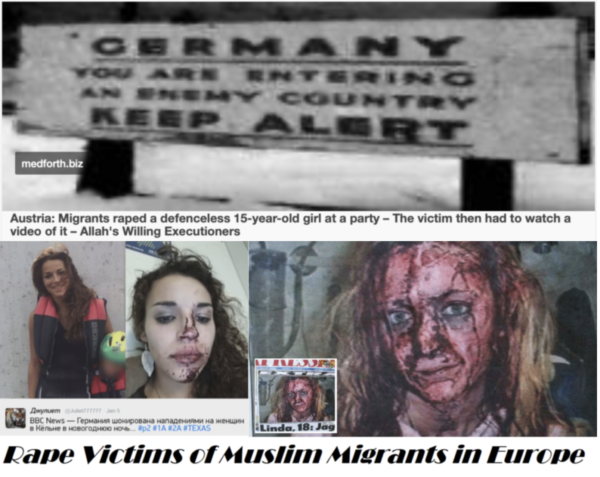 Medforth  (h/t Marvin W) Mustapha was friends with the girl. He and his relative Hussein had apparently planned the crime in detail – filmed it, even recorded voice messages! The police secured mobile phone videos, chat histories.

► At noon Hussein sent a text message: “I want to fuck her We have to give her alcohol.”

► At 11.04pm Mustapha sent a message to a friend, taunting the woman he had already maltreated. “Spit in her mouth again” can be heard, the slapping of a hand on skin, bawling, snorting.

► “There’s blood coming out,” jeering in the background. “She can’t go on.”

Because of the danger of escaping and collusion, the judge had the men arrested while they were still in the courtroom. They will testify on Wednesday.

Similar cases have been reported all over Europe, wherever there is a high concentration of Muslim migrants.