Social media posts from Frank James, a person of interest in connection to a mass shooting attack on New York City’s subway on Tuesday showed leftist, racist, anti-Trump, and ‘pro-Islam’ views, according to reports. According to Heavy, Frank James, who is being sought in connection with the Brooklyn subway shooting, went by the name ‘Frank Whitaker’ on social media.

Daily Wire At least 10 people, including seven men and three women, were shot during the attack on Monday morning, and 19 others were wounded in the chaos. Five of the gunshot victims were in critical but stable condition on Tuesday

On one of his tweets, he posted an image of Elijah Muhammad, Nation of Islam founder ‘Messenger of Allah.’ 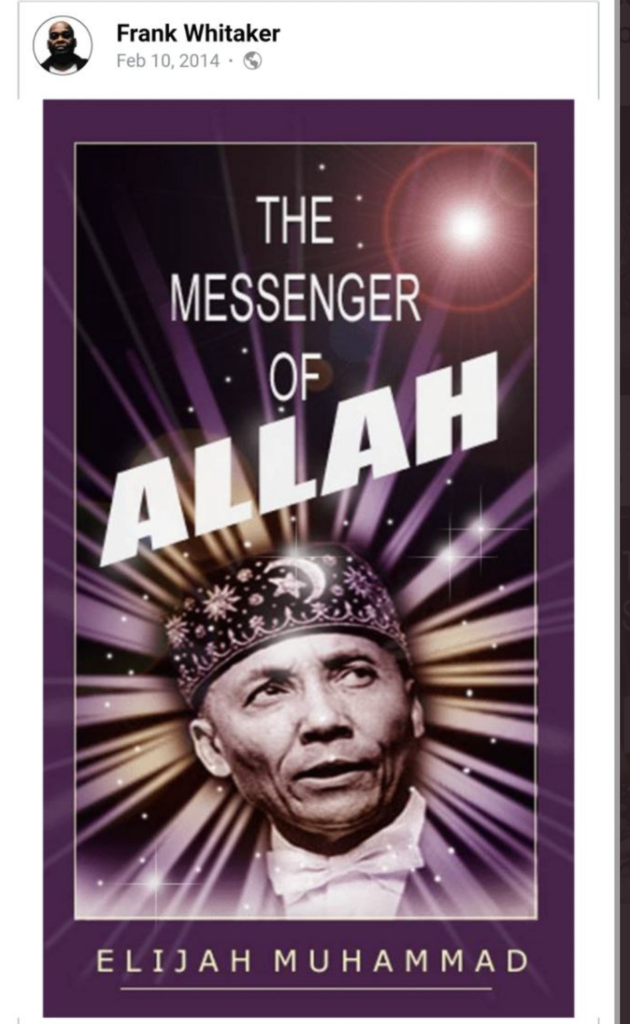 YouTube videos allegedly uploaded by the person of interest also showed extreme views, including one where he allegedly called 9/11 “the most beautiful day, probably in the history of this fucking world.”

The person of interest also allegedly ranted in the videos about white people, saying “the vast majority of people, white mother******* are racist.” 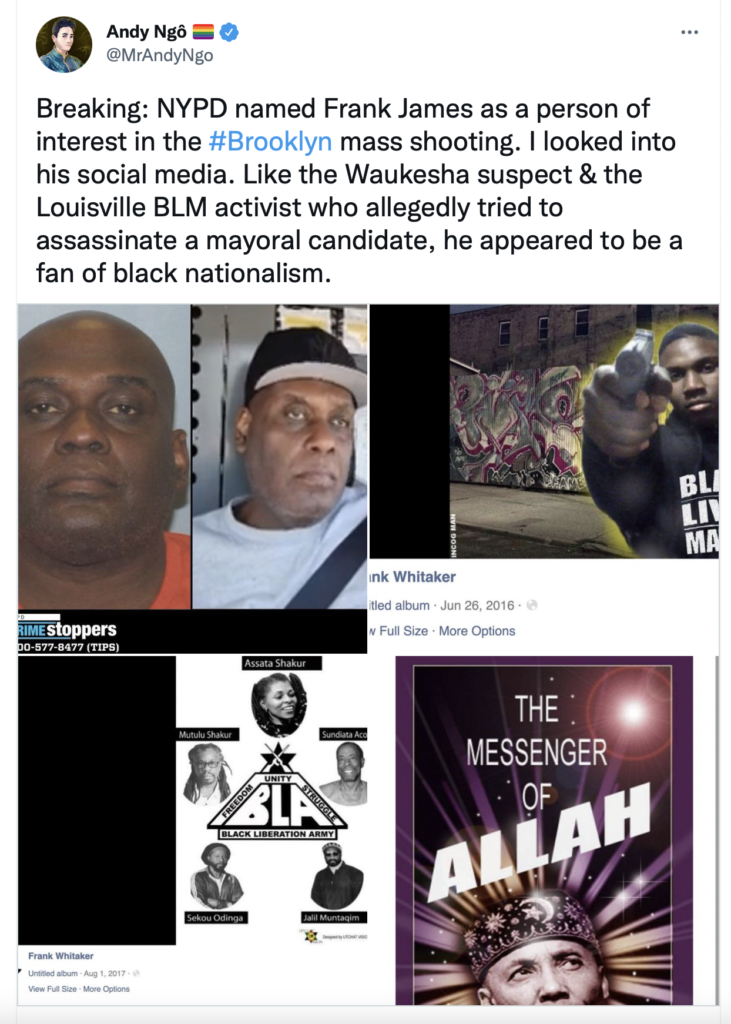 In another YouTube video, James shared television news reports of a previous mass shooting in Milwaukee, Wisconsin, at Molson Coors. In that video, James talked about the Molson Coors shooter, Anthony Ferrill, who was Black, saying that gunman was “discriminated against” and “no one say and do sh*t” until he started shooting people. 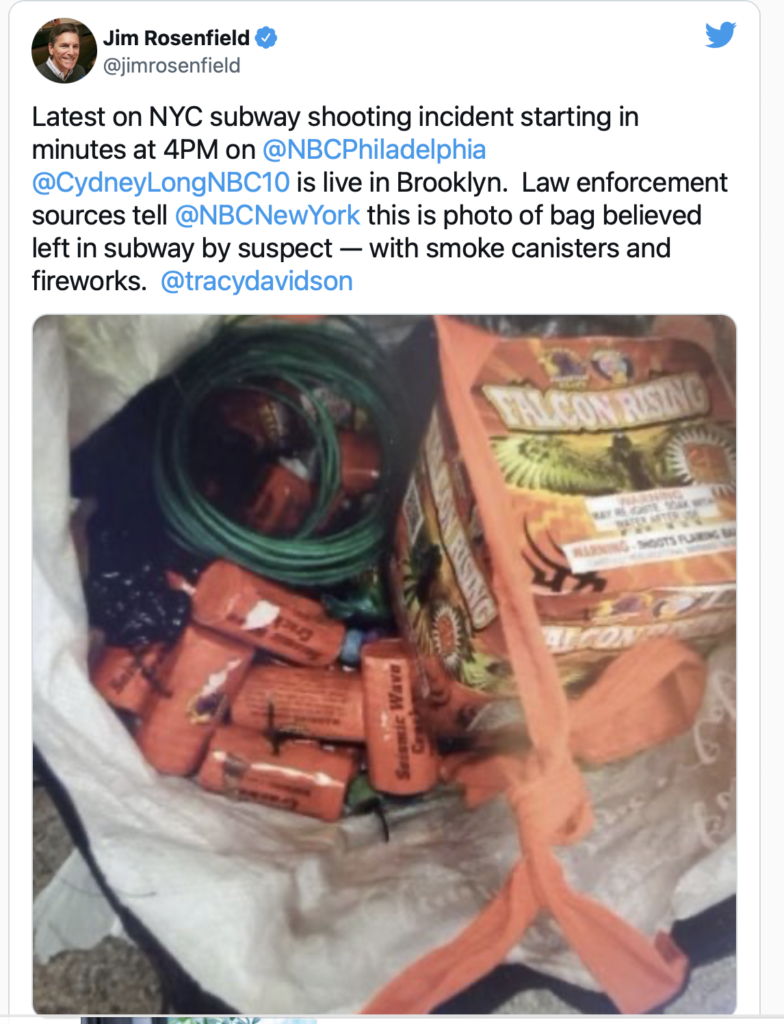 “And I’ve dealt with it time and time again.” He said he was a machinist, calling it the most “racist” trade in the country. He said there were a “bunch of racist white mother f******” in that trade. 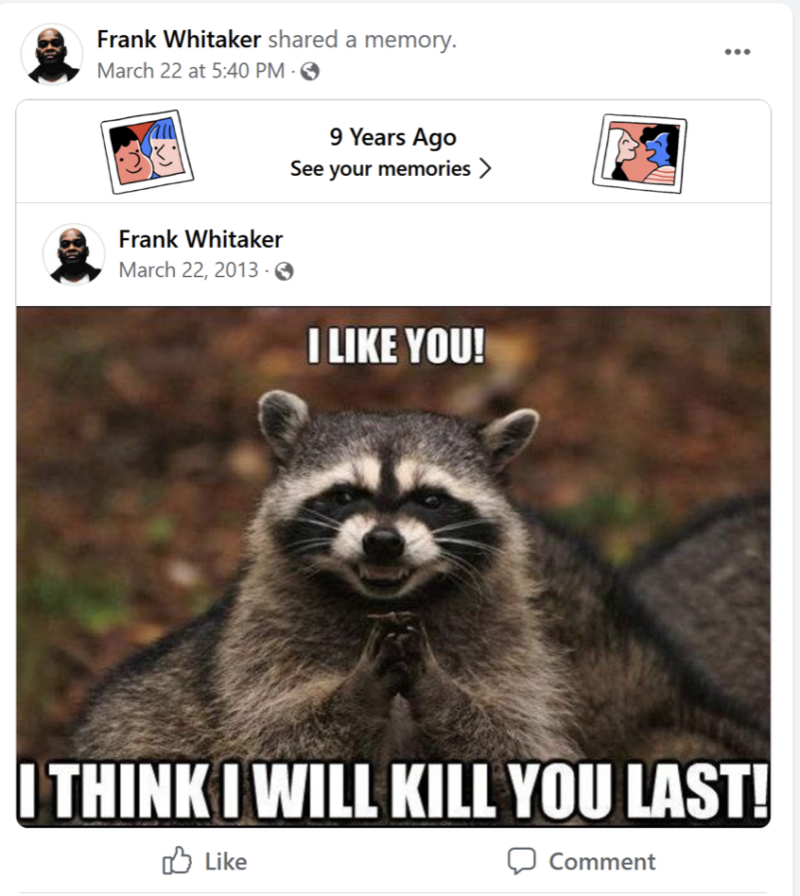 “The vast majority of people, white mother******* are racist,” he says in that video. 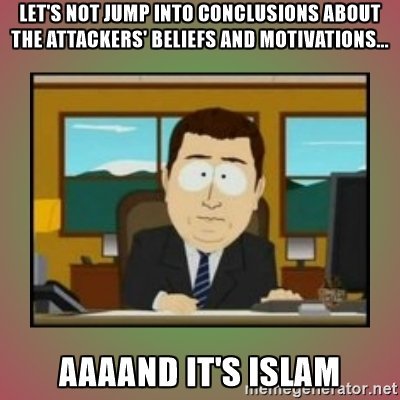