Not surprisingly, there are two different sides to this story. (If you don’t know how dogs are treated by many dog-hating Muslims around the world, scroll down to the bottom of this story)

Medforth According to the man with the dog, it all started when he was walking his dog on the banks of the Lez near the Hôtel de Région in the late morning. The animal, a tiny dachshund, was not leashed when he approached a bench where five women were sitting, two of whom were wearing a hijab, an Islamic veil. 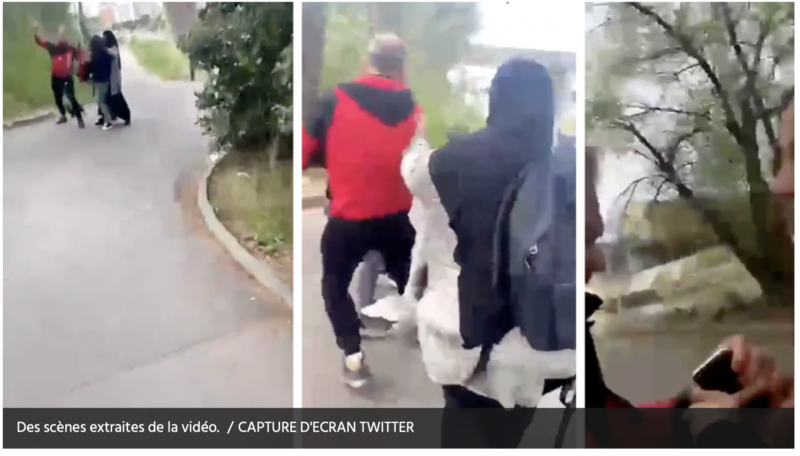 According to one of the Muslims, who gave her vision on the Twitter account Decolonial News, the man allegedly “laughed” when he saw the scene, and is believed to have said: “What a stupid religion.” When questioned, the man denied saying it.

The man claims to have been threatened. “They screamed at me to tie the dog up and get it out of the way because it was Ramadan, otherwise they would “kill it”, he tells us, before repeating several times that they wanted to “kill the dog! “ The man told them that “I still had the right to walk my dog where I wanted.”

The Muslim women blamed the man for insulting them. The man defeneds himself and says he was told to “fuck off”, insulted in Arabic and received homophobic insults. He tried to escape the conflict and continue on his way when the women followed him.

“They started pulling out their mobile phones to videotape me, which I wanted to do in return,” he reports, speaking of their “sick behaviour.” At that moment, the scene was filmed. “One jumps on me to grab my mobile phone, I resist. He then manages to grab a smartphone before the woman throws it on the floor. In the online sequence (below), you can see the phone flying in the air amidst the young women’s repeated screams.

The lack of eyewitnesses makes the investigation tricky, where the two statements here contradict each other on several points. The man went to the police station on Wednesday April 13 to file a complaint for violation of the right to one’s own image. He was taken into police custody for the duration of his questioning. The public prosecutor’s office must decide later today whether to extend his detention or restore his freedom. www.midilibre.fr

Wild Bill for America explains what Muslims do to dogs.

ANOTHER TURKISH GENOCIDE – no, not Greek or Armenian Christians this time – beautiful, innocent dogs.

This is what happens when Muslim children are taught to hate dogs. In Istanbul, Turkey, this poor puppy was left for dead after cruel Muslim children covered him in industrial glue and dragged him through the mud. Fortunately, one Turkish veterinarian put compassion above the teachings of Islam.

Mass poisoning is another popular way for Muslims around the world to get rid of dogs.

WARNING GRAPHIC: These stray dogs were poisoned via what local authorities in Karachi call a “gulab jaman “ 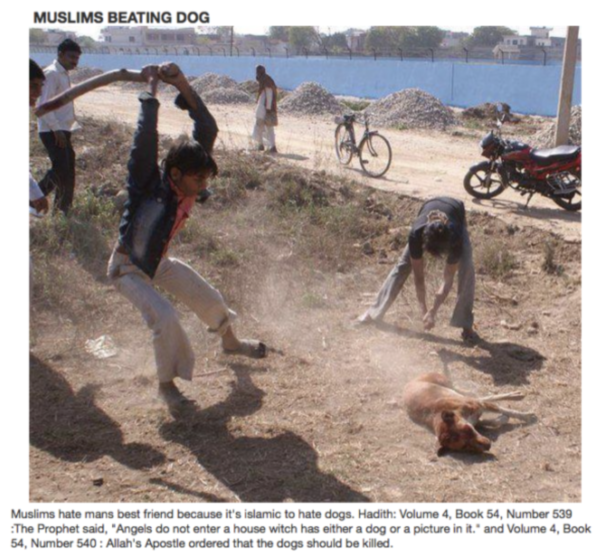 I believe this sign was spotted in the UK 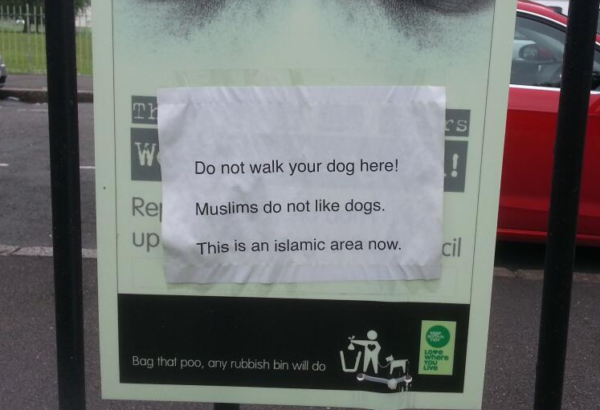