Many think so. Germany is no longer a nation, it is a condominium and the rest of Europe is following its lead. 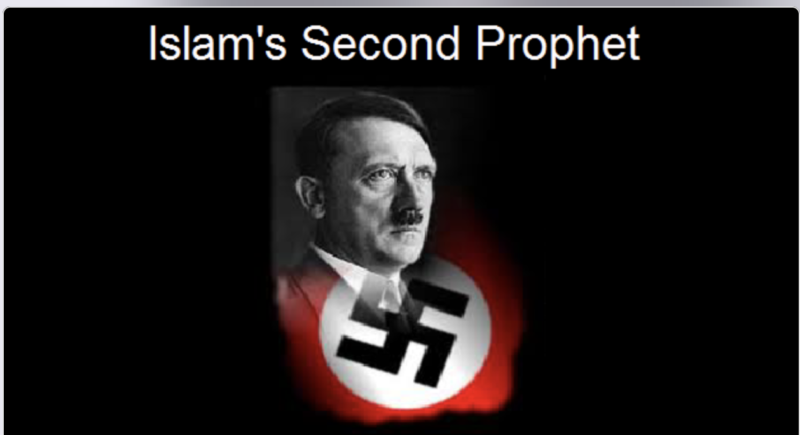 INN by Giulio Meotti (h/t Marvin W) Shortly after playing time for the German football championship match between Augsburg and Mainz, the referee, Matthias Jollenbeck, stopped the match to allow Muslim footballer Moussa Niakhaté to break his fast for Ramadan and quench his thirst at sunset. For the first time, a Bundesliga match was stopped for this reason. But the initiative was welcomed by the German Football Association and will not be the last.

Europe is changing so rapidly that we haven’t even noticed it. From concession to concession, we have capitulated on everything. Let’s stay with Germany, which for me is no longer even a nation, but a condominium.

-What to do with all Muslim students? Lessons on Islam in public schools. Since last autumn also in the (former) very Catholic Bavaria.

-What to do with the canteens of schools with a high concentration of immigrants? First pilot projects become “halal”.

-What to do with teachers who want to wear the chador in the classroom? A sentence allows it.

-What to do with the parents of pupils who do not want to participate in school trips to mosques? We charge them.

-What to do with the “modesty” of Muslim athletes? Burkini for girls.

-What to do with the requests of the mosques to be able to call to prayer with their loudspeakers? We approve the muezzin. The Spiegel says that the most populous German cities have all given the green light to Islamic prayer. “Will the muezzin’s call be heard all over Germany?” asked Bild, the most popular newspaper in the country: Munich, Cologne, Hanover, Dresden, Frankfurt, Dortmund …

-What to do with Islamic finance? We allow Turkish banks to open branches in Germany that sell sharia investments …

-What to do with the demands of Muslim couples to use Islamic law to legislate on family problems? Sharia law is used by German judges. Wolfgang Bosbach, from the Christian Democratic Union (CDU), denounced that “even if someone refuses to admit it, a parallel legal system has gradually been established in Germany”. In Bild, one of its best-known columnists, Franz Solms-Laubach, wrote that “even if we still refuse to believe it, whole areas of Germany are governed by Islamic law. If the rule of law fails to assert its authority and to be respected, then it can immediately declare bankruptcy ”.

-What to do with that annoying “freedom of expression”, untranslatable outside the borders of our cursed West? Self-censorship. From the Deutsche Opera which canceled Mozart’s Idomeneo in Berlin because Muhammad’s severed head was there, to the German publishing houses that ban books if they criticize Islam…

-What to do with those German politicians who criticize multiculturalism, Islam and immigration? We hunt them. The ruling SPD has expelled Thilo Sarrazin, the former German central banker.

-What to do during Covid, given that to respect the distancing, all Muslims are unable to enter mosques? We open empty churches to them.

-What to do if Turkish President Erdogan gets angry at the jokes of German comedians? The Berlin Chancellery will approve the Turkish request for a trial against the German comedian Jan Bohmermann, author of a satirical poem against Erdogan. Merkel, Böhmermann said, “she made me fillets and served a neurotic despot for tea.”

When a society loses faith in its culture and heritage, a more aggressive ideology will rush to fill the void.

Truth & ActionThat is the elusive logic behind far-left politicians objective in bringing in millions of uneducated crime-prone migrants from war-torn countries. Despite the evidence showing these migrants have zero interest in assimilating into the host nation’s culture or abiding peacefully by their rules.

Independent journalist and cultural critic Paul Joseph Watson has created a stunning 6-minute video (below) illustrating how this has already unfolded in Germany. The re-education program of the New World Order has already been successfully implemented in this “test trial” Western nation. And the aftermath is not a pleasant thought.

German scientists are literally now suggesting that the government mass drug the population with oxytocin [a feel-good hormone] to reduce citizens ill will towards the migrants rapping and attacking their way of life.

Similar to the manner fluoride was subtly introduced into every “civilized” nation’s public water supply.

“The German state has officially capitulated to Islam”, writes the famous German Islamologist of Syrian origin Bassam Tibi in the Neue Zürcher Zeitung. Because the end of nation states was not just the end of states, as the globalists hoped, but the end of nations.

We have already seen too much. But we haven’t seen anything yet. If they have succeeded in all of this when they are still 5 percent, what will society become when they are 20 percent?