This pathetic sob story is from a Muslim YouTube account called Sense Islam and is berating Germany for being “racist” because of this policy, while blaming first world Christian counties for creating the Muslim refugee problem in the first place.

Somebody should ask them why is it that the wealthiest oil-rich Arab Gulf states refuse to take in any Muslim refugees at all, stating they fear it would bring terrorists into their countries. Europe, especially Germany, is flooded with economic Muslim invaders pretending to be refugees, who live on welfare for most of their lives. It’s about time Germany took care of its own kind. 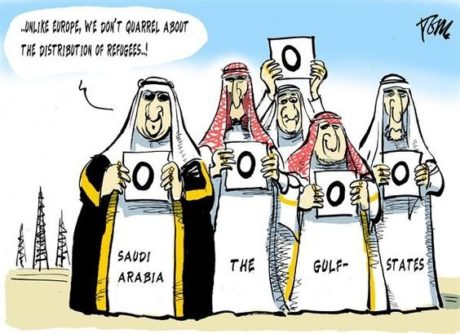 If you can, go to this Sense Islam Youtube account to the video called ‘GERMANY IS REMOVING MUSLIMS OUT” and refute this nonsense in the comments section.