Gee, I wonder which “certain cultures” get to dictate the dress codes for the native German  culture?

Exxpress (h/t Medforth )An uproar at a secondary school in Bavaria: Despite summer temperatures, schoolgirls are forbidden to wear short dresses or shorts. This clothing is not appropriate out of consideration for other cultures and religions. The school management says that the school stands for a “cosmopolitan society”. 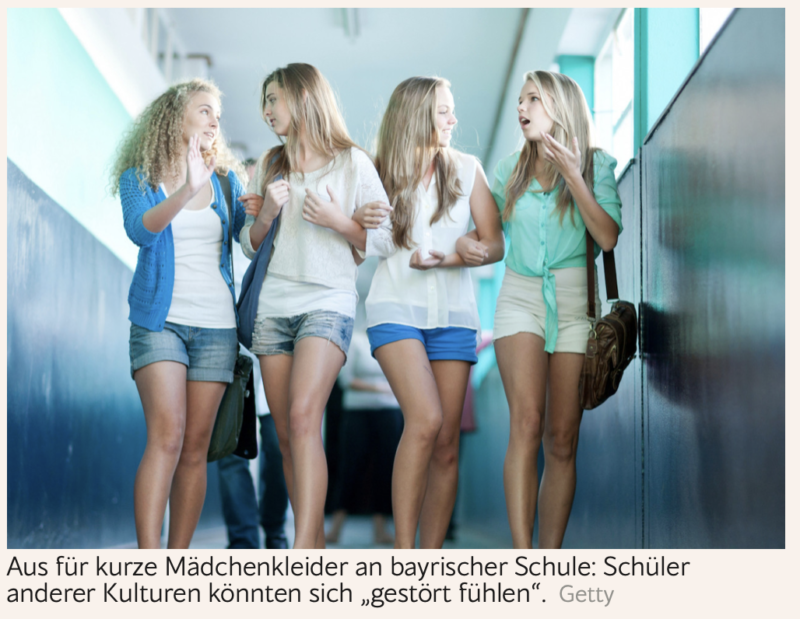 At a secondary school in Ebersberg, Bavaria, tight, airy clothing is forbidden for female pupils despite high temperatures. The school headmaster justifies the modest dress code by saying that the school stands for a “cosmopolitan society”.

Some fellow pupils with a(Muslim) migration background and foreign teachers would feel disturbed by the short skirts and belly-free tops. One has to be considerate of all cultures, “the right of the individual ends where others feel disturbed,” says the headmaster.

The dress code had been discussed in detail in all classes, there had even been PowerPoint presentations on the subject. The parents of some of the students are outraged: they were not informed. “Otherwise we get a notice for every negligible matter”, says a mother to the daily newspaper “Merkur”. 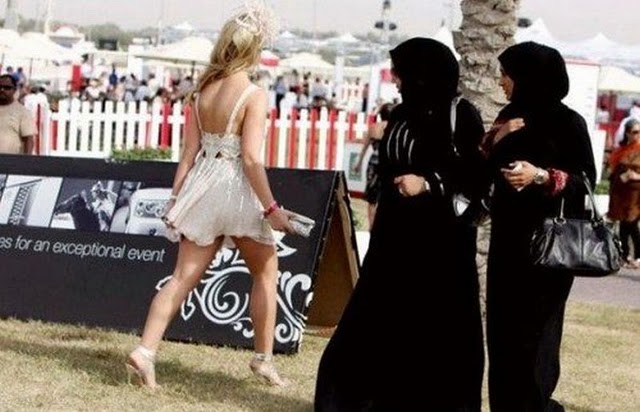 She says it is strange that teachers get “sexually aroused” when girls are dressed belly-less or have a neckline that is too low. “Bans and prohibitions that only affect girls are not up to date,” says another.

The school headmaster cannot understand the fuss about the dress code – it has been in place since 2007. Nor can he understand why some parents are more bothered by the reasoning. “School is not a beach,” he says.

Gee, it wasn’t that long ago (pre Taliban) that Afghan women dressed like this in public: 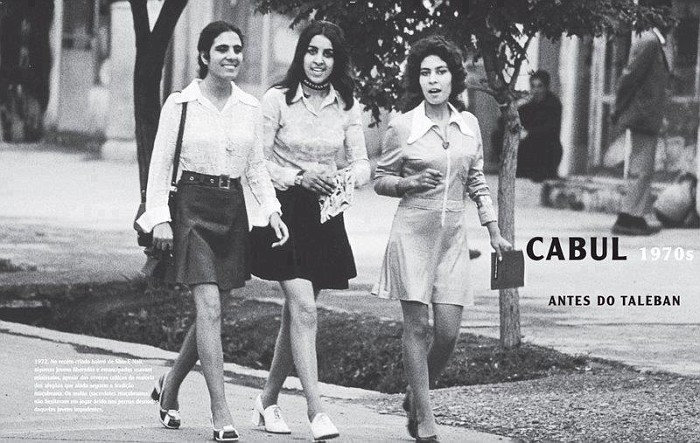