Because it’s a genocide of Christians by Muslims in Nigeria, that’s why. More Christians are being killed for the their faith in Nigeria than in the rest of the world combined. 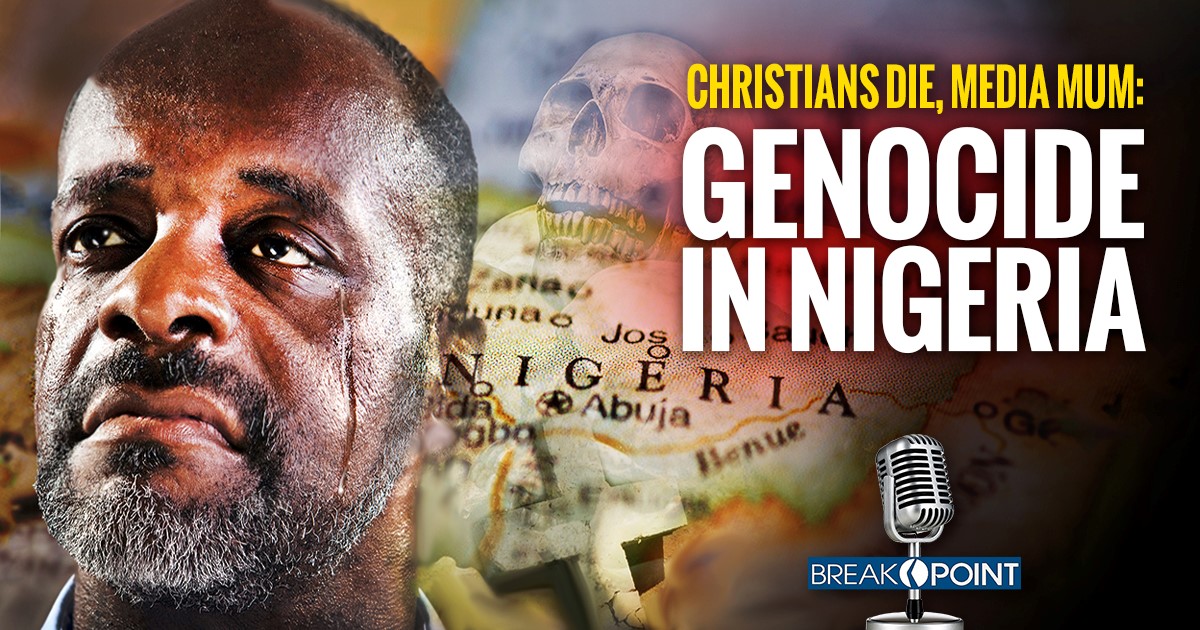 Persecution Nigeria is Africa’s most populous country, with over 200 million people, and is divided roughly in half between Muslims, who live mostly in the north, and Christians, who live mostly in the south.  Last year, Nigeria earned the distinction of being the country with the world’s worst persecution in ICC’s Persecutor of the Year Awards. Nigeria is currently one of the scariest places to be a Christian,” said Illia Djadi, an Open Doors analyst for sub-Saharan Africa.

“Christian communities in the Middle Belt of Nigeria have effectively suffered a twenty-yearlong genocide,” said ICC President Jeff King. “Where is any action? The Nigerian government gives these attacks lip service without any meaningful response. “Where is the outcry? Where is effective action? In Nigeria, the military, the police, and the intelligence agencies are all controlled by Muslims. This, coupled with a twenty-year lack of response by these agencies, should naturally lead to deeper questioning by the world community.

The Nigeria-based nonprofit, The International Society for Civil Liberties and Rule of Law, reported the death figures mid-way through 2021 are almost the same as the entire number of 2020.

The group also highlights the sharp rise in the abduction of Christians and damaged churches: We also found that no fewer than 780 additional Christians were abducted in 80 days or 1st May to 18th July, whereas between 1st January and 30th April 2200 were abducted. This brings the total number of the abducted Christians since January to 3000, out of which at least three out of every abducted thirty Christians were most likely to have died in captivity, thereby indicating additional secret death in jihadists’ captivity of 300 Christians… The number of Churches threatened or attacked and closed or destroyed or burnt since January 2021 is also estimated to be around 300, with at least ten priests or pastors abducted or killed by the jihadists.

Archbishop Matthew Man-oso Ndagoso described how Christians are being killed like chickens” in his country.

51 Muslims murdered in a mosque in New Zealand gets worldwide media coverage for months, but the ongoing genocide of Christians by Muslims in Nigeria gets zilch.

Without exception, the mainstream media gave top billing to the New Zealand mosque shootings, with newspapers carrying the story on their front pages and television news channels leading off their broadcasts with the story. The bizarre aspect of the coverage was not, in fact, the attention paid to a heinous crime committed in New Zealand, but the absolute silence surrounding the simultaneous massacre of scores of Christians by Muslim militants in Africa.

As Breitbart News alone reported  Fulani jihadists racked up a death toll of over 120 Christians within the space of three weeks in central Nigeria in 2019, employing machetes and gunfire to slaughter men, women, and children, burning down over 140 houses, destroying property, and spreading terror.

At the time, the New York Times did not place this story on the front page; in fact, they did not cover it at all. Apparently, when assessing “all the news that’s fit to print,” the massacre of African Christians did not measure up. The same can be said for the Washington Post, the Chicago Tribune, the Detroit Free Press, the LA Times, and every other major paper in the United States.

Finally, the story simply does not play to the political agenda that many mainstream media would like to advance. How much mileage can be gained from Muslims murdering Christians, when Christians in America are often seen as an obstacle to the “progress” desired by liberals? The left sees Christians in the United States as part of the problem and seeks to undermine their credibility and influence at every turn rather than emboldening them.

“No one much cares about offending Christians,” wrote the coalition of African-American pastors in an essay last Tuesday. “In fact, mocking, belittling, and blaspheming Christianity is becoming a bit of a trend in our culture. Anti-Christian bigotry truly is the last acceptable prejudice.”