The University of Illinois – Chicago says the word ‘obesity’ should be banned because it’s ‘rooted in racism.’ Never ones to let facts get in the way of their arguments, social justice warriors are plowing ahead toward Orwellian newspeak setting their sights on removing “obesity” from the lexicon because “weight stigma” is a social justice issue. 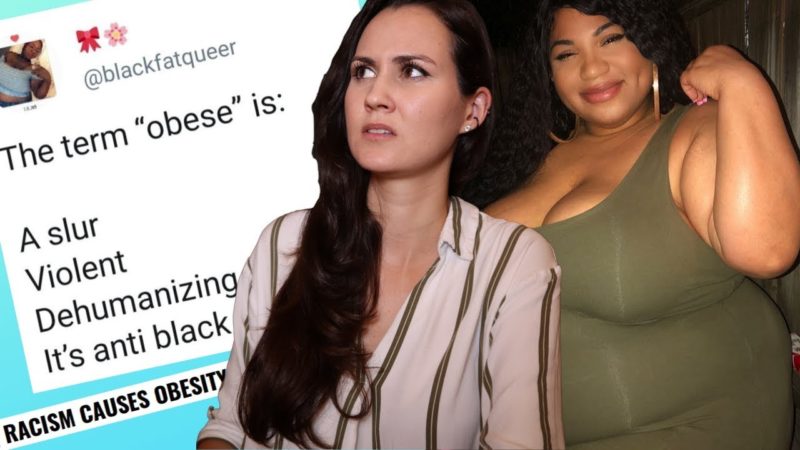 BizPacReview The University of Illinois Chicago’s (UIC) School of Public Health is one of many woke institutions now promoting the narrative that “fatphobia” is the last condoned form of discrimination, and unsurprisingly in the age of critical race theory, that it is “rooted in racism.” In an UIC health brief authored by registered dietician Amanda Montgomery, the term “larger bodies” is introduced to supplant obesity as a case is made against the stigmatization of fatness.

“Fatness [was] used as a marker of ‘uncivilized behavior’ while thinness was ‘more evolved.’ This idea was maintained throughout the United States in the 19th and 20th centuries, as a way to justify slavery, racism and classism, and control women through ‘temperance,’” Montgomery wrote.

@UICCollaborato1 offers a guide to addressing weight stigma and fatphobia in public health. When we focus on weight, we’re often not trauma informed.https://t.co/0NHXAJzFen pic.twitter.com/Ikt0EcKLUk

She also argued, “The public health field has not taken a critical look at this research, focusing on the narrative that weight is controllable and a personal responsibility. If the goal is to find the most ethical and effective strategies to achieve optimal public health, there needs to be an alternative to ‘obesity’ and weight-focused approaches and a shift in understanding of weight stigma as a social justice issue.”

However, throughout her claims, Montgomery appeared to demonstrate that her research may have been based more on the kvetching of similarly afflicted peoples in chat rooms than actual comprehensive studies as she failed to differentiate between causality and correlation.

Rather than health issues stemming from the consequences of obesity, she claimed, “Decades of research have shown that experiencing weight stigma increases one’s risk for diabetes, heart disease, discrimination, bullying, eating disorders, sedentariness, lifelong discomfort in one’s body and even early death.”

The brief didn’t completely decry a healthier lifestyle. But, itt did further the argument that racism was a determining factor in achieve that end, “Though lifestyle factors such as nutrition and exercise are important, it is essential to note the historical racism and injustices within our current food environment. As presented by Soul Fire Farm, the U.S. food system is built on stolen land using stolen labor from Black and Latinx indigenous people.

UIC isn’t the only institution to be presenting these arguments as the University of Texas Medical Branch recently held a lecture that addressed “Gender, Race, and Weight Stigma” by observing fatphobia as misogynoir, misogyny specifically directed at black women.

Amherst College also held a lecture titled “Unpacking Fatphobia: Learning to Love Your Body” to explain the “difference between the Body Positivity and the Body Neutrality Movements.”

As a Johns Hopkins University study found more than half of college age Americans are overweight or obese, this appears like another attempt by the left to marginalize a voting block toward their ideology.

Below is a voice of reason from the Black community: