Maybe that’s because it has not been determined which side fired the lethal bullet that killed the journalist. 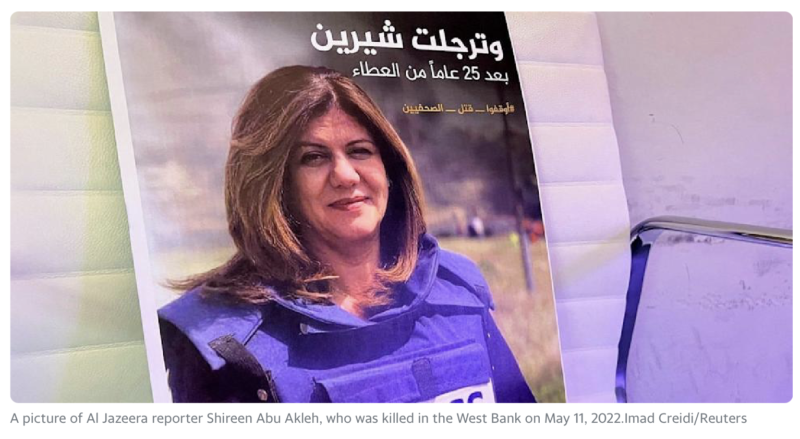 NY Times World Dr. Ryan al-Ali of the Pathological Institute at a-Najah University in Shechem (Nablus) was quoted Wednesday night by al-Jarmak TV as saying the veteran reporter had died after a bullet hit her in the head, having been fired from a distance of several meters. However, the pathologist added that it was impossible to determine who had fired the fatal shot.

The bullet fragment retrieved from Abu Akleh’s body was a bullet from an M-16 assault rifle — a weapon used by both Israeli forces and Palestinian Authority gunmen. The Palestinian Authority rushed to blame Israel for her death, and the president of the PA made unfounded accusations against Israel before any investigation had been carried out,

The Palestinian Authority said it would not let Israeli officials examine the bullet that killed Shireen Abu Akleh in the occupied West Bank during an Israeli raid. Israel said that is the only way to determine who fired it.

FYI: You might want to turn off sound read the subtitles, as the voiceover is in Arabic.