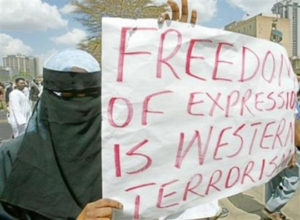 What do you call it when government authorities side with Jew-hating Muslim bigots and label those trying to monitor such Islamic extremists as bigots, and warn them that if they continue their work, they’ll be subjected to legal action? That’s the sort of thing you might expect in an authoritarian nation where democratic values are either under attack or already extinguished.

JWR (h/t Frederic F) Yet that is exactly what happened in New York this past week when that state’s Attorney General Letitia James issued a “cease and desist notification” to the Investigative Project on Terrorism (IPT). The letter addressed to the IPT’s Steven Emerson warned it not to “spy on Muslim houses of worship, Muslim advocacy groups and prominent Muslim leaders.” Such activity, she said, “could violate the New York Civil Rights Law, and other state and federal laws.” 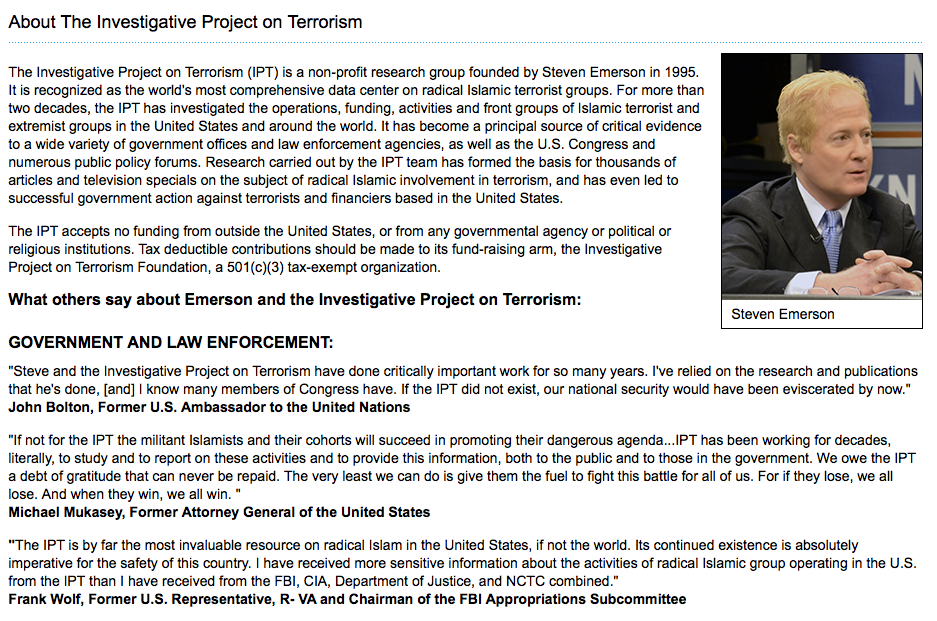 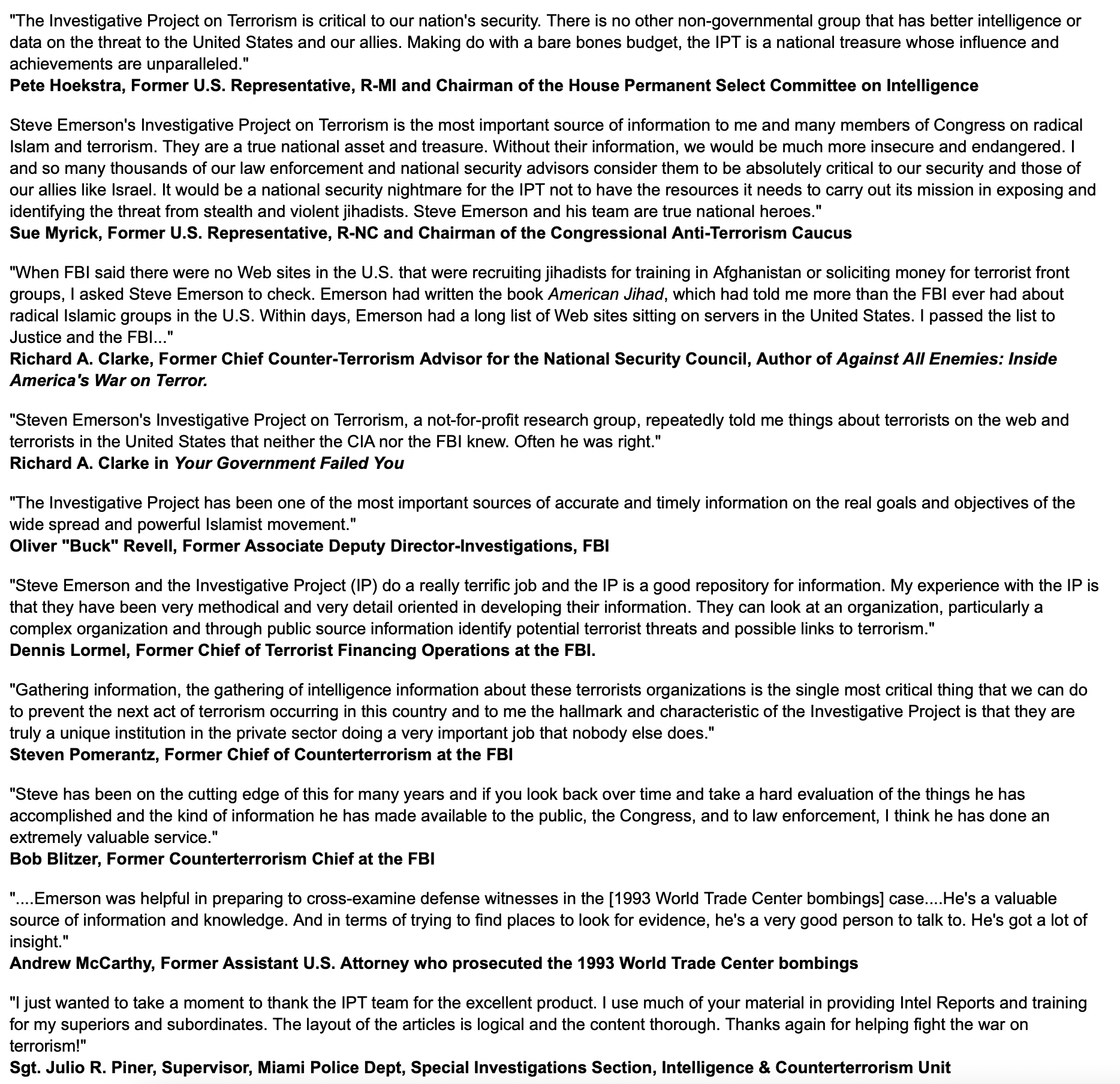 The letter referenced reports about IPT’s efforts to “infiltrate” Muslim groups, which she characterized as “a concerted effort to hamper Muslims in the exercise of their civil rights, including the right to worship, to peacefully assemble and organize politically, to petition the government and to vote.” Such efforts were, she asserted, in violation of the “New York Civil Rights Law,” which “prohibits discrimination or harassment against an individual exercising their civil rights on the basis of creed,” as well as “intimidating an individual on the basis of their religion or religious practice.”

But the tipoff that not all is as it seems comes from the mention in her letter that one object of IPT’s “spying” was the Council on American-Islamic Relations (CAIR). CAIR raised a ruckus last December when it found out that one of the officials in its Ohio branch had been passing information to IPT.

CAIR fired Romin Iqbal, executive director and legal director of CAIR-Ohio allegedly for recording network meetings and leaking confidential information about terror-linked CAIR and radical mosques with Steve Emerson’s Investigative Project on Terrorism (IPT), a highly respected counter-terrorism group. CAIR also learned that in addition to Iqbal, other Muslims were also acting as spies for the Investigative Project on Terrorism

Despite all the huffing and puffing from CAIR about calling down the wrath of the law on IPT, it’s clear that was a bluff, and you don’t have to be a legal expert to know why. If CAIR were to sue IPT, the Muslim group would be subjected to the same sort of scrutiny it has been seeking to avoid. Given its history and the nature of its activities, that’s something that CAIR cannot afford to do.

Although it poses as a civil-rights group and pretends to be a victim of harassment, the truth is just the opposite. CAIR was founded as a front group for violent extremists and has, despite its sometimes successful public-relations efforts, continued to be a haven for anti-Semites and radical hatemongers.

By contrast, the Investigative Project on Terrorism has a long record of exposing extremists. Its job is to ferret out the truth behind the lies put about by those organizations that purport to represent the interests of American Muslims, but which are instead led by a radical minority dedicated to pursuing an extreme agenda in which terrorists are excused and Jews are targeted for hate.

Spying on Muslims is a GOOD thing. The NYPD has been doing it since 9/11 and its one of the ways law enforcement has been able to protect us from even more Islamic terror attacks.

CAIR was founded in the 1990s by the Holy Land Foundation, a group whose mission was to raise funds for Hamas terrorists in the United States. While their illegal fundraising operation was eventually shut down by the U.S. Department of the Treasury, the political front group it set up to represent its interests lived on. Rebranding itself as a Muslim version of the Anti-Defamation League, CAIR has insinuated itself into the civil-rights community and achieved a faux respectability in many places. In recent years, it has sought to gain ground by depicting itself as fighting against “Islamophobia,” a term that it interprets as referring to anyone who dares to scrutinize or criticize groups that engage in anti-Semitism, spread hatred for Israel and rationalize terrorism.

It has received a vital assist in that bogus effort from the growing popularity of intersectional ideology and critical race theory. These toxic ideas brand both the State of Israel and Jews as having “white privilege,” and therefore can be categorized as oppressors while all Muslims are considered victims. In this way, a permission slip is granted to anti-Semitism and opposition to Jew-hatred is labeled is falsely labeled as hate.

CAIR leaders spew their Jew-hatred in all kinds of pulbic forums.  Dawud Walid, executive director of the Council on American-Islamic Relations (CAIR) Michigan office, is a public figure who repeatedly preaches about the evil done by Jews. They’re accursed, he said last month, justifying the claim with scripture. They incurred God’s justifiable wrath, he said in 2012, also citing scripture. And today, he argues that the Jewish state is partly to blame when American police officers kill unarmed black people.

“Allah will not change a condition of a people until they change what is inside of themselves.” Jews provided his historical examples. “Beni Israel” – the children of Israel – “invoked a punishment upon themselves for giving this up,” he said. He quoted Quran 5:78: “Cursed were those who disbelieved among the Children of Israel by the tongue of David and of Jesus, the son of Mary.”

He has even used the Quran to preach against Jews before. “Who are those who incurred the wrath of Allah?” Walid asked in a May 25, 2012 sermon at the Islamic Organization of North America mosque in Warren, Mich. Then he answered himself in Arabic: “They are the Jews, they are the Jews.”

He claimed in 2012 that when the Quran describes a slaughter of Jews at the hands of Muhammad’s army, it isn’t an indication of anti-Semitism. “Did Muhammad order the killing of Jews?” Walid asked in a Twitter post promoting the video. In response, an Islamist follower wrote, “Yes he did and I agree with it…Well isn’t treason a sentence to death.”

However, CAIR has never strayed far from its ideological roots. It seeks to promote the anti-Semitic BDS movement that targets both Israel and its Jewish supporters for illegal discriminatory commercial boycotts. It claims that they are merely criticizing Israel when their actual goal is the destruction of the one Jewish state on the planet. It was no coincidence that the terrorist who took hostages at a Texas synagogue earlier this year was apparently inspired by a CAIR campaign to gain the release of a convicted Islamist terrorist imprisoned nearby.

This was made even more obvious recently when one of the group’s leading officials, Zahra Billoo, delivered an epic hate-filled rant against Jews, synagogues and Jewish organizations at an event held by American Muslims for Palestine, another radical group allied to CAIR. Had she been an outlier, the group, which sometimes seeks to depict itself as opposed to anti-Semitism while supporting anti-Semitic causes, would have condemned her remarks. It didn’t, and even many liberal Jews who had been duped into thinking of CAIR as an ally had to realize that they had been tricked.

Still, CAIR has continued with its campaign to discredit those who seek to tell the truth about it, sometimes with the aid of other similarly discredited leftist organizations like the Southern Poverty Law Center. It recently sought to stigmatize groups dedicated to telling the truth about radical Islamists, and that support Israel and monitor media bias, as well as the foundations that help fund such efforts.

Their preferred tactic was a familiar one: label the anti-hate groups as haters. With this gaslighting, they have sought to turn essential organizations such as CAMERA, the Middle East Forum, MEMRI, the Clarion Project and IPT into pariahs. That has been a dismal failure. But aided by political allies on the left-wing of the Democratic Party who support intersectional lies about Israel and Jews, its shameless efforts to change the conversation from one about their own hate to a fake narrative about Islamophobia continues.

In spite of their inherent hatred for Jews, CAIR never hesitates to use them when they try to play the perpetual vciim card. In fact, Nihad Awad, the executive director and spokesjihadist for CAIR headquarters in Washington DC, has compared the plight of Muslims in America to that of the Jews in Nazi Germany. 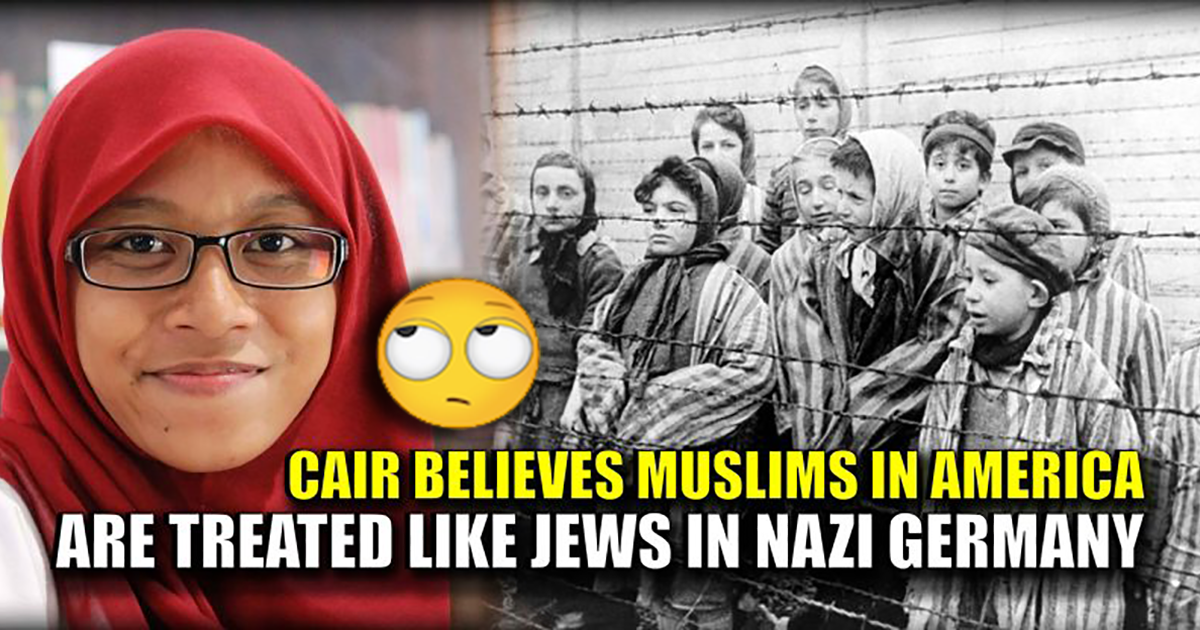 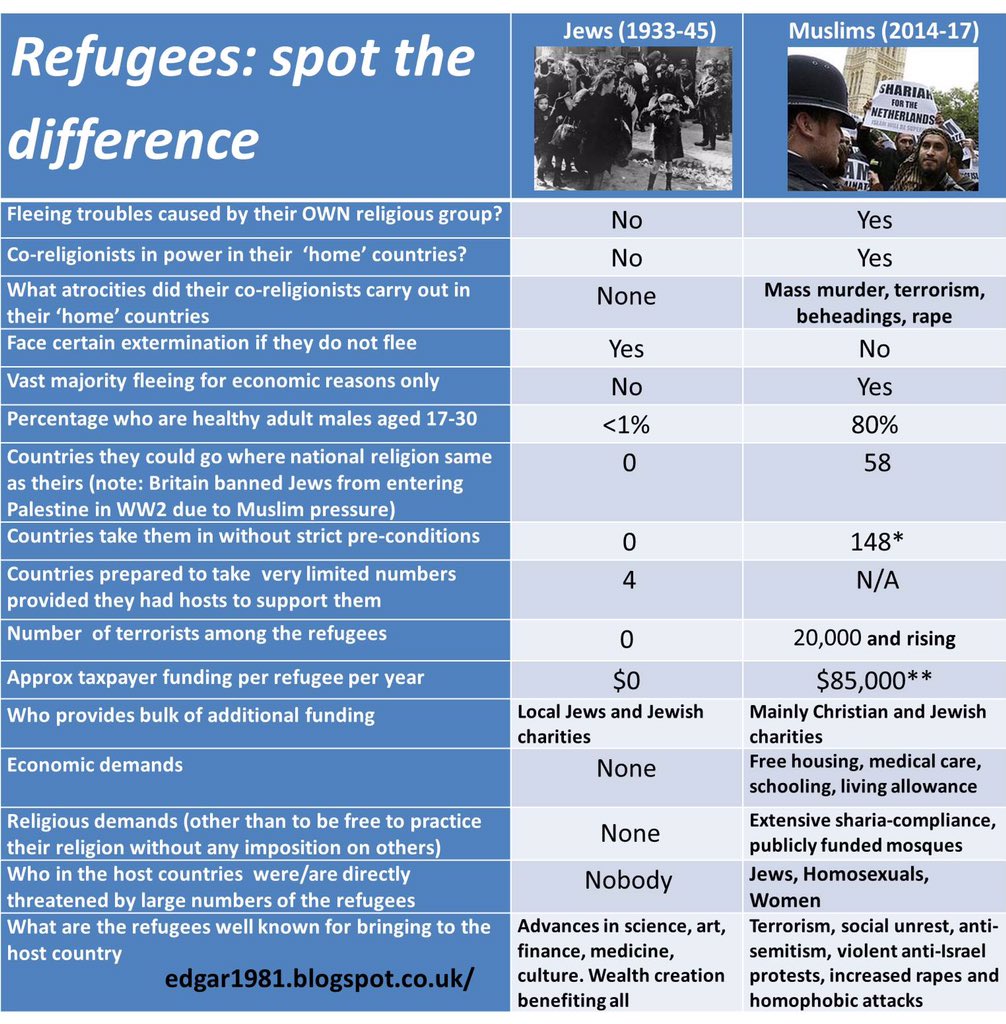 That makes James’s decision to back CAIR particularly troubling. James gained notoriety last year because of her successful takedown of disgraced New York Gov. Andrew Cuomo over his record of sexual harassment. Though her ambitions to succeed him have been thwarted, she continues to harbor ambitions of higher office. In deep-blue New York, that means kowtowing to her party’s leftist base and embracing CAIR’s smearing of IPT.

This is an ominous sign of the impact of intersectional ideology on the Democratic Party. IPT has sought to convince whistleblowers inside radical groups like CAIR to expose their activities. Far from being a violation of anyone’s civil rights — let alone an attempt to stop anyone from public advocacy or voting — it is a necessary effort to uncover the truth about Islamists.

James and others on the left who buy into CAIR’s lies are not protecting religious liberty. They are providing legal cover for anti-Semites who hide behind the lie that anyone who speaks out against their activities is discriminating against Muslims. Unfortunately, too many in the Jewish community and elsewhere are so cowed by CAIR’s Islamophobia narrative that they think speaking out against them or in favor of those who monitor them, like IPT, will also make them subject to accusations of racism and bigotry.

People of goodwill, Jewish and non-Jewish, need to repudiate CAIR’s big lie and stand with groups like IPT against James’s false accusations and outrageous threats. If they don’t, they need to understand that CAIR and its allies won’t be content with intimidating IPT. Its goal is to silence all pro-Israel groups and to mainstream its noxious brand of anti-Semitism. When governments side with anti-Semitic bigots and seek to shut down those who monitor them, no one who is prepared to tell the truth about hatred towards the Jewish people will be .

On February 16, 2013,  Steven Emerson, executive producer of The Grand Deception , challenged CAIR-LA Executive Director Hussam Ayloush to an open debate to discuss the facts featured in this film. As of today, CAIR has not responded