During her speech at a parlor meeting broadcast live on Facebook by fellow anti-Semitic terror supporter Suhair Nafal, Arraf admitted to her audience of likeminded Israel-haters that the Gaza flotillas she helped organize were really NEVER about humanitarian aid (as they had claimed at the time), but rather purely as a Public Relations exercise. 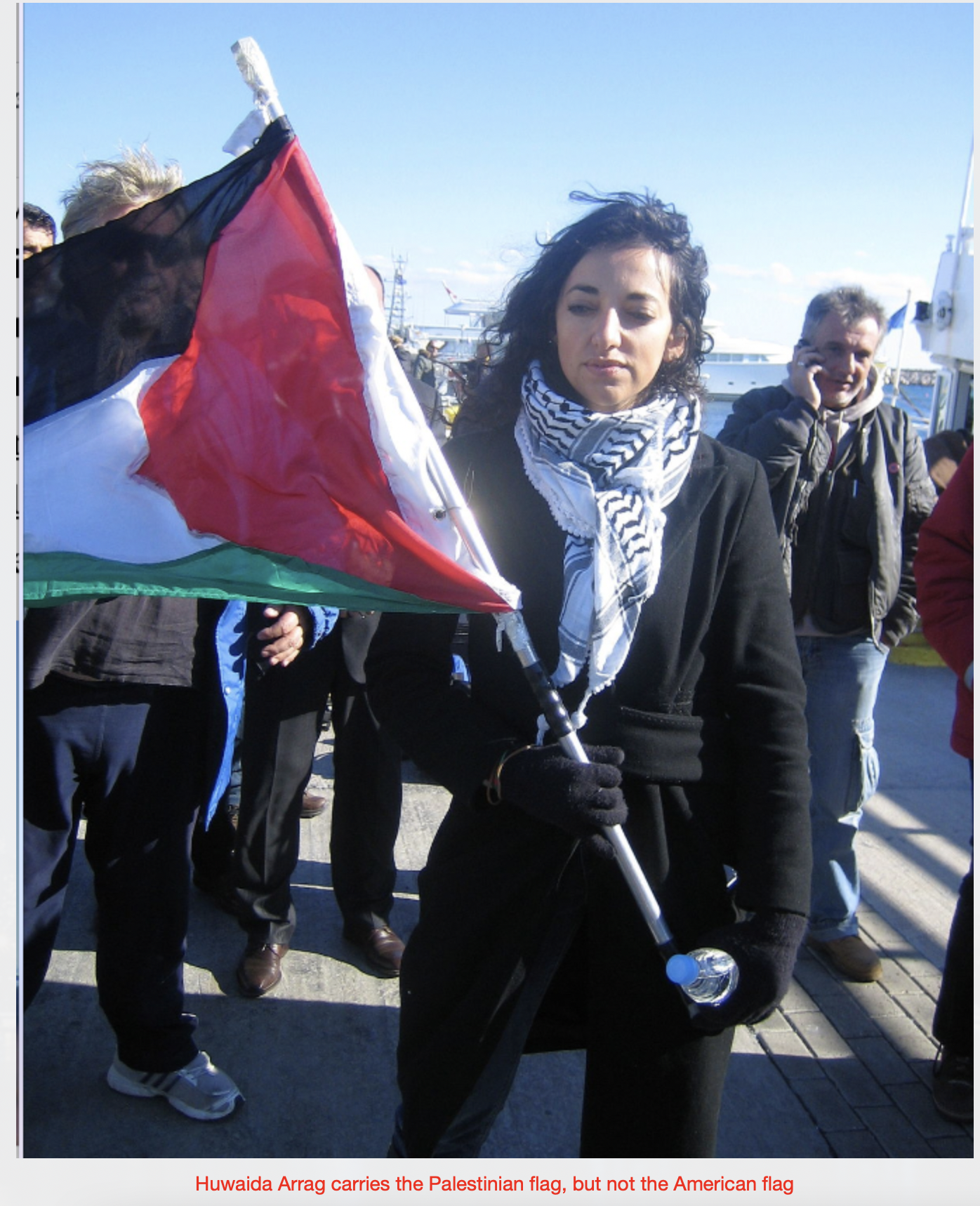 Huwaida Arraf is running for Michigan’s 10th congressional district as a Democrat, a seat currently held by Republican Rep. Lisa McClain. Arraf is known for being a co-founder of the International Solidarity Movement (ISM), which, among other things, was probed by the FBI as part of a terrorism investigation between 2004 and 2006.

Israellycool It is truly revolting to hear her speak of poverty in Gaza and the “desperate” need for humanitarian aid, and then her solution for this to be to essentially bring an empty ship only in order to demonize Israel. Note how the goal of the flotilla was actually not to arrive at Gaza, yet Israel actually allowed them through the first time. Arraf is basically confirming what we already knew, but it is useful to hear it straight from the horse’s mouth.

Later on, after speaking about how successful the flotillas were in changing public perception against Israel (even putting the US State Department in ‘crisis’), Arraf speaks of her goal to help change US policy. She then refers to special interests keeping the government and economy working for the ‘few and well connected.’

Honest Reporting While ISM claims to be a “Palestinian-led movement committed to resisting the Israeli occupation of Palestinian land using nonviolent, direct-action methods and principles,” part of its mission statement, which has since been excised from its website, expressed support for the “Palestinian right to resist… via legitimate armed struggle.”

Similar to the Gaza Strip’s terrorist rulers Hamas, ISM and Arraf seem to have no problem with using volunteers as human shields – a fact ISM has even bragged about on its website.

“Huwaida Arraf is a Bernie Sanders style socialist who does not share the views of Michigan’s 10th Congressional District,” McClain said. “The last thing we need in Congress is another member of the Squad, and that’s exactly who she would align with if elected.” 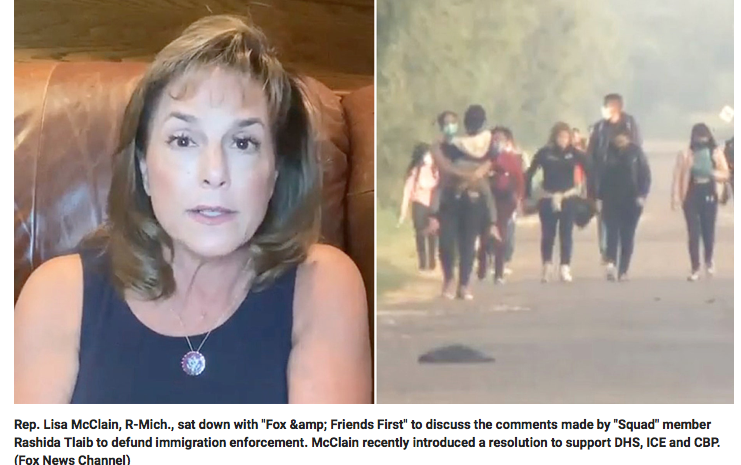 In 2002, amid the height of the Second Intifada in which waves of Palestinian suicide bombings were launched against Israeli civilians, the ISM sent a number of ‘activists’ to protect terrorists who were holed up inside the Church of the Nativity, in the West Bank town of Bethlehem.

During the 39-day standoff, Arraf personally organized a mission to bring food and water to the terrorists inside the church.

An official Israeli report stated the terrorists were “careful to establish their presence in Judea and Samaria [West Bank] by forging links with foreign left wing activists and members of the International Solidarity Movement (ISM).”

Thom Saffold, who co-founded the group with Arraf, later glibly summarized the deaths of volunteers working for ISM thus: “It’s possible they [the protesters] were not as disciplined as we would have liked. But we’re like a peace army. Generals send young men and women off to operations, and some die.” 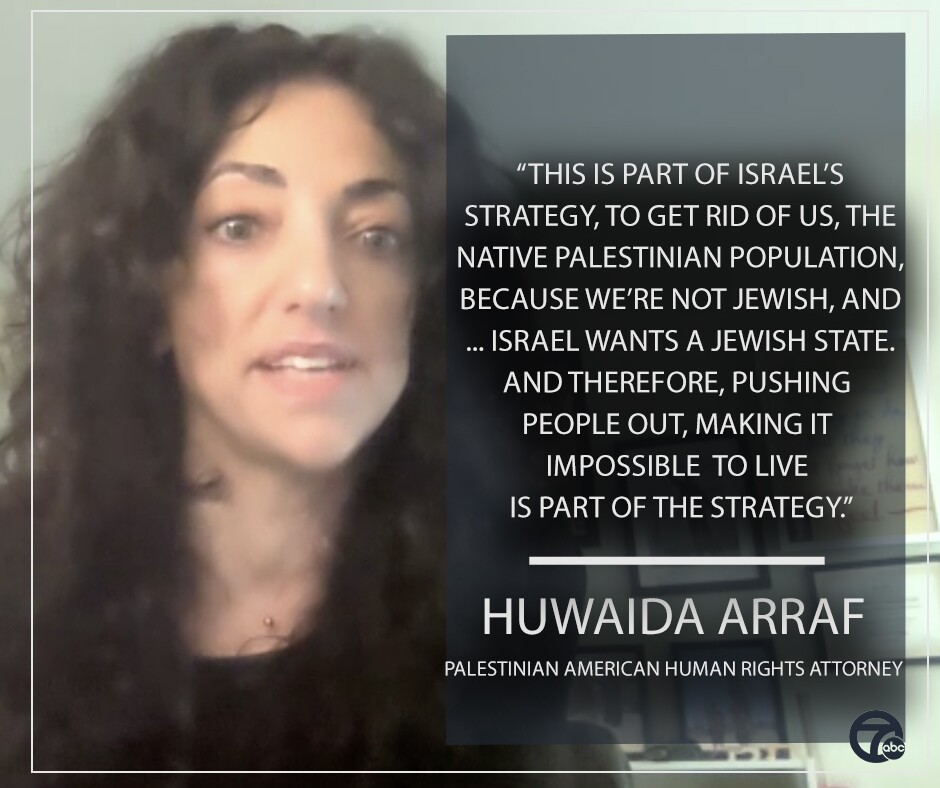 In 2010, Arraf was an organizer and spokesperson for the Free Gaza Flotilla, which deliberately provoked a violent confrontation with the Israeli Navy when it attempted to breach the blockade of Gaza. The headline-garnering stunt was also arranged with the help of the Foundation for Human Rights and Freedoms and Humanitarian Aid (IHH), a Turkish group that has ties to Hamas and donated funds to the terrorist organization.

To be clear, then, Arraf and the group she founded have certainly not kept a low profile over the years with the numerous controversies she has been linked to having been reported on (see here, here and here). 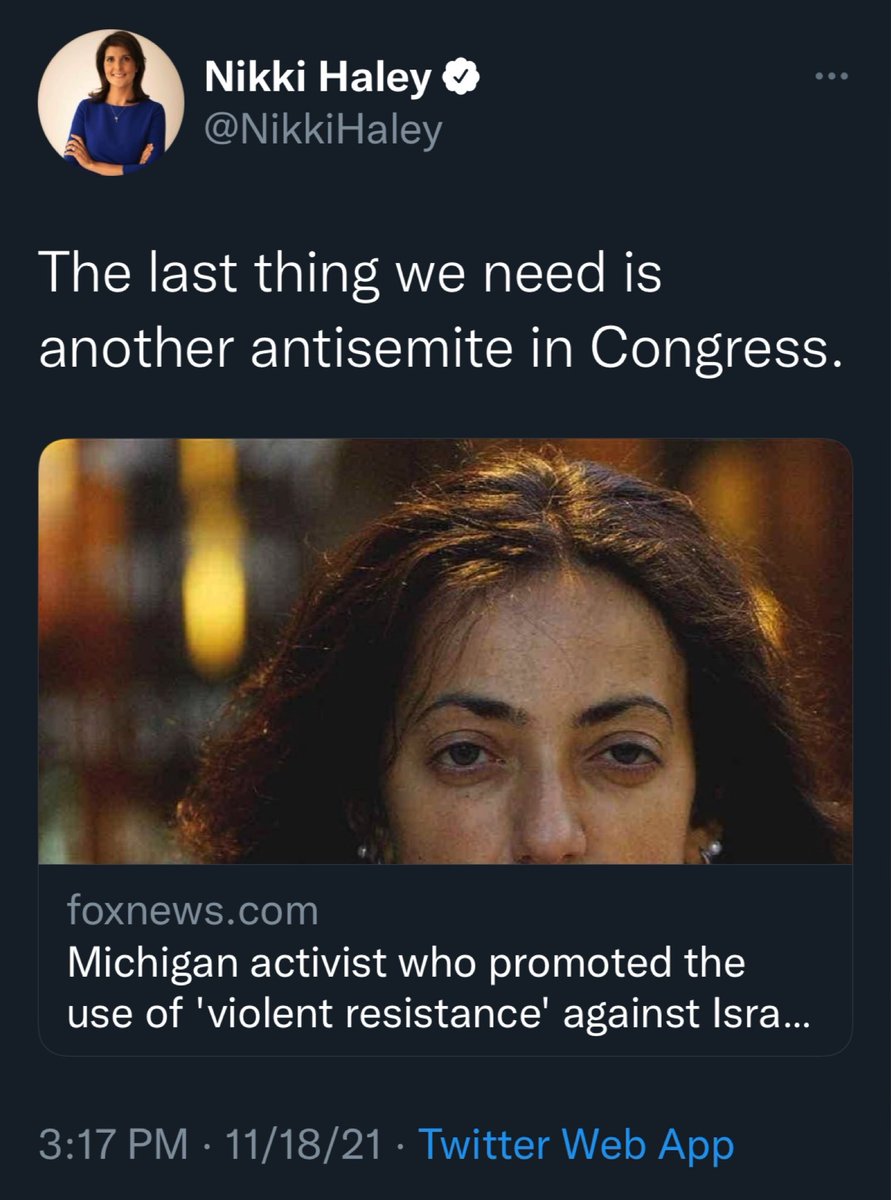 Therefore, it was surprising to see the relatively muted response from international media outlets to Arraf’s announcement that she is running as a Democrat in Michigan’s 10th Congressional District in the hopes she will unseat incumbent Republican Rep. Lisa McClain.

Arraf, who is a vocal supporter of the Boycott, Divestment and Sanctions movement, even drew attention to her combative past while announcing her political campaign on Twitter: (In other words, she’ll be a welcome addition to the Jihad Squad).

Huwaida Arraf even blames Israeli forces for training American police officers on how to brutalize minorities and people of color: