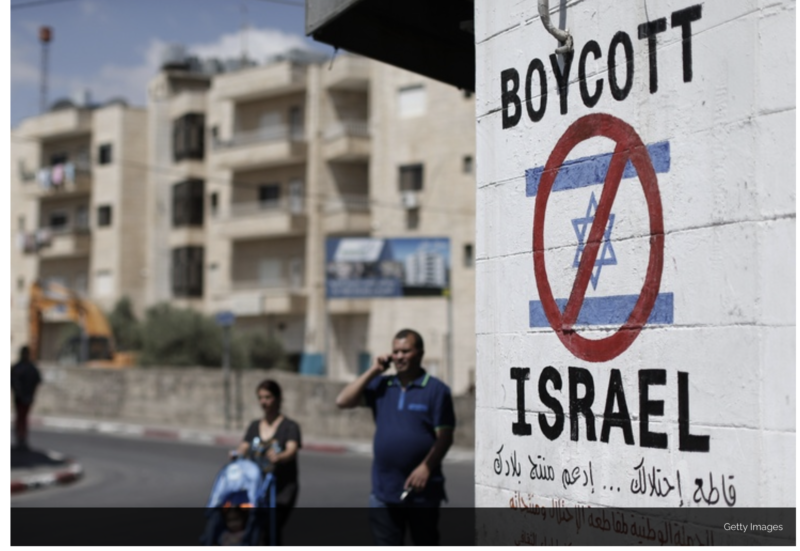 Washington Free Beacon The State Department’s Bureau of Democracy, Human Rights, and Labor (DRL) announced in March it will pay nonprofit groups up to $987,654 to “strengthen accountability and human rights in Israel and the West Bank and Gaza,” according to a grant notice first posted online in February.

Groups angling for the grant money are instructed to investigate alleged crimes inside and outside of Israel to “collect, archive, and maintain human rights documentation to support justice and accountability and civil society-led advocacy efforts, which may include documentation of legal or security sector violations and housing, land, and property rights.”

The grant is a prime example of the Biden administration’s efforts to undermine the Jewish state and strengthen the anti-Semitic Boycott, Divestment, and Sanctions movement, which wages economic warfare on Israel. Sen. Ted Cruz (R., Texas) and 11 other Republican lawmakers are calling on the Biden administration to cancel the grant program and live up to its repeated pledges to combat the BDS movement.

“As a policy matter, it is wholly unacceptable for the State Department to fund NGOs to delegitimize and isolate Israel,” the lawmakers write, according to a copy of the letter obtained by the Washington Free Beacon. The State Department, the lawmakers allege, is using taxpayer dollars to promote a “new anti-Semitism” that is “driven by a global network of anti-Israel nongovernmental organizations (NGOs) and human rights groups.”

Senior Republicans on Capitol Hill who spoke to the Free Beacon say the grant is part of a larger effort by Biden administration officials to mainstream the BDS movement and undermine the U.S.-Israel alliance, even as terror attacks on the Jewish state spike. The State Department has already come under scrutiny from the GOP and pro-Israel groups for hiring several people who worked in the anti-Israel community and promoted the BDS movement.

The State Department also is facing an outside investigation from a legal watchdog group, which ordered the administration in March to turn over all documents and internal communications related to its decision to approve the nearly $1 million in funding, as the Free Beacon first reported.

Cruz, a member of the Senate Foreign Relations Committee, told the Free Beacon that, despite its past rhetoric, the Biden administration is helping to foment anti-Israel scandals.

“The Biden administration spends enormous time and resources looking for excuses to criticize Israel, on everything from counterterrorism to international diplomacy,” Cruz said. “Now they’re spending $1 million in taxpayer money to manufacture even more excuses, and in the process funding the international campaign to delegitimize and wage economic warfare against Israel. The State Department should rescind this grant.”

In February, for instance, Secretary of State Antony Blinken penned a letter to the American Zionist Movement in which he committed to combating “efforts to delegitimize Israel” and to “counter[ing] attempts to isolate Israel in the international community.” President Joe Biden also has said that he rejects the BDS movement and would use his position in the White House to combat it.

The GOP lawmakers are challenging the administration’s commitment to Israel, saying the grant will help feed a network of “anti-Israel nongovernmental organizations (NGOs) and human rights groups” that see it as their mission to topple the Western support for the Jewish state.

During the 2001 World Conference Against Racism in Durban, which famously devolved into an anti-Israel hate fest that the United States ultimately boycotted, many of the same NGOs poised to cash-in on the Biden administration’s grant money signed onto a declaration calling Israel “a racist, apartheid state” that commits “crimes against humanity.”

“The declaration has served as the basis for anti-Semitic campaigns by NGOs calling for economic warfare and rationalizing actual warfare against Israeli Jews,” the senators write. “For decades these NGOs and campaigns have been significantly funded by European governments and the European Union. The United States has traditionally condemned such campaigns.”