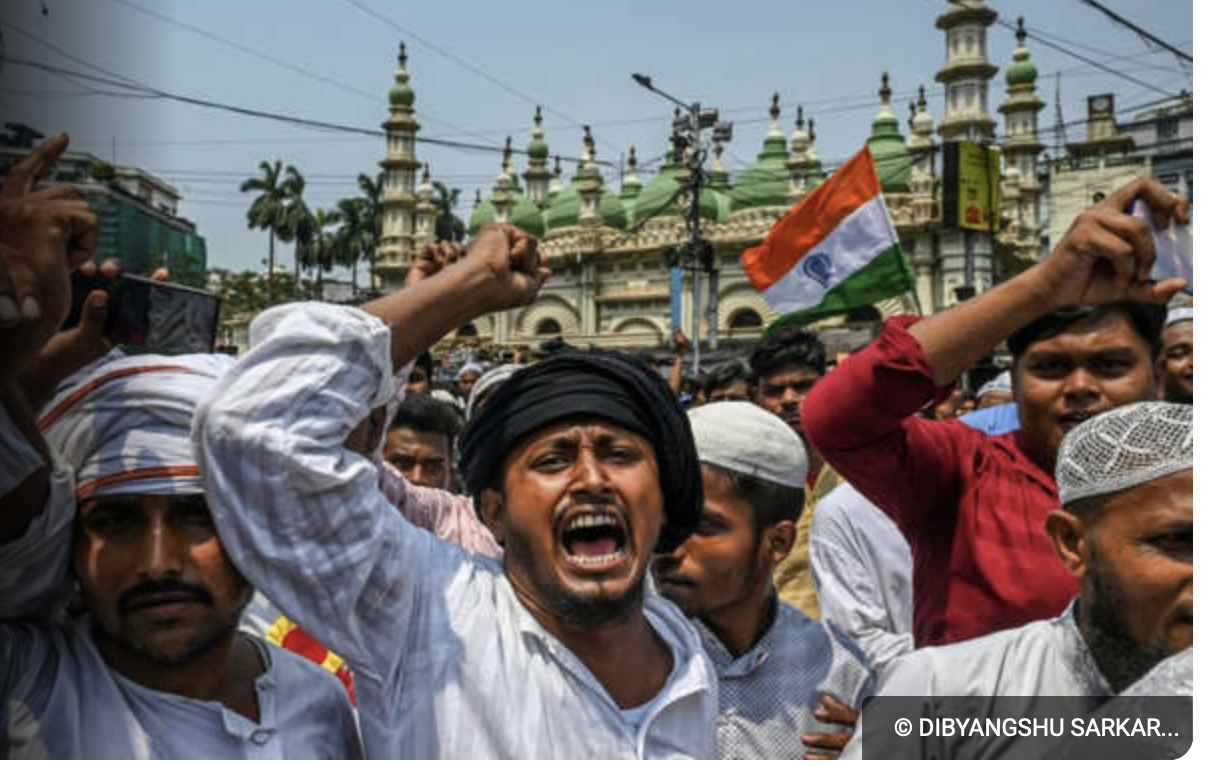 In case you haven’t been following this story: So what are the “controversial remarks?”

During a cable news debate last week, former spokeswoman Nupur Sharma – discussing widespread mockery by Muslims of Hindu gods following the debated discovery of a sacred Hindu relic in a mosque – suggested that Hindus should mock the Islamic hadith, or holy writing, stating that Muhammad married a girl named Aisha when she was six years old. Sharma also mentioned several other Quranic statements she considered potential fodder for jokes. 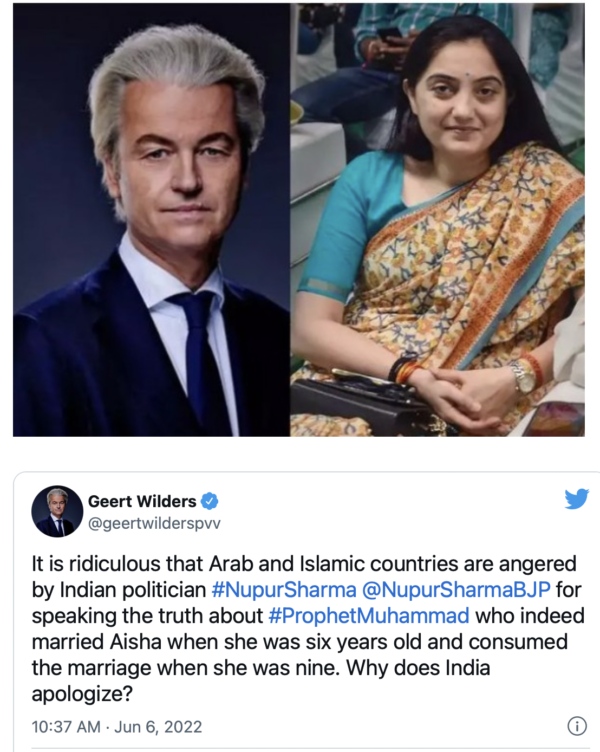 Dawn Earlier this month, the BJP suspended its spokeswoman Nupur Sharma and expelled another leader, Naveen Kumar Jindal, for their controversial comments about the Prophet (PBUH) that also angered several Muslim countries, causing a massive diplomatic challenge for the Modi government.

Clashes over the remarks simmered across the country, as some in the minority Muslim community see them as the latest instance of pressure and humiliation under BJP rule on issues ranging from freedom of worship to the wearing of hijab head scarves.

Two teenagers were killed when police opened fire on protesters in the eastern city of Ranchi last week. Sporadic riots in northern Uttar Pradesh state led to the arrests of over 300 people.

In the eastern state of West Bengal, authorities enforced an emergency law prohibiting public gatherings in the industrial district of Howrah until June 16. At least 70 people were arrested on charges of rioting and disturbing public order, with Internet services suspended for over 48 hours after the latest communal violence.

In occupied Kashmir, police arrested a youth for posting a video against Nupur Sharma, a former spokesperson of India’s ruling party who had made derogatory remarks about the Prophet (PBUH), officials said on Sunday.

The video, circulated on YouTube, has been withdrawn by authorities as part of a wider attempt to curb religious unrest that has spread across the country.

BJP leaders have issued instructions to several senior members to be “extremely cautious” when talking about religion on public platforms and the government continues to tighten public security.

The report also said police raided the home of student leader Afreen Fatima, arresting her father Mohammad Javed, mother and sister. They have accused her father  of “masterminding the riots.”

In a statement published Tuesday, the al-Qaeda terrorist organization threatened to unleash a string of child suicide bombings across India in response to an ongoing controversy surrounding remarks about Muhammad.

“Saffron terrorists should now await their end in Delhi and Bombay [Mumbai] and in UP [Uttar Pradesh] and Gujarat,”  the al-Qaeda statement, published through its online communications networks, read in part, according to India’s NDTV. “Saffron terrorists” is a reference to Hindus, later referred to as “Hindutva terrorists occupying India;” the listed locations are regions of India.

Sharma’s comments resulted in her suspension from the BJP for six years and riots featuring thousands of people across the country demanding her arrest for “blasphemy.” Insulting religions generally is a crime in the Indian penal code.

In addition to the riots, Sharma’s comments have become a diplomatic crisis for India as much of the Muslim world responded by demanding further condemnation of the remarks. Multiple foreign ministries – including those of neighboring Pakistan and Afghanistan (run by the Taliban) – and the Organization for Islamic Cooperation (OIC) have vocally condemned India’s government and demanded more punishment for the alleged blasphemy.

Both Reuters and the BBC have extensive stories on the Islamic hate campaign waged against spokeswoman Nupur Sharma of India’s ruling party for noting that Mohammed was a pedophile, without ever explaining what it is she said. There are pages and pages of outraged responses without ever clarifying what they involve.

What were those comments? Reuters won’t report them.

The BBC has a massive story that focuses entirely on the outrage without ever discussing what everyone is outraged about.