Boris Johnson’s government reached an agreement with Rwanda in April to deport people who enter the UK illegally to Rwanda in exchange for hundreds of millions in development aid, starting with a initial down payment of $148 million. Under the agreement, people who illegally entering the UK would be flown to Rwanda for resettlement,

CNBC The Muslim migrant-wannabes have been arriving illegally by crossing the Channel in small boats from France. (Is France a war-torn country? Why aren’t they forced to stay in France?)

The first scheduled flight taking illegal asylum seekers to Rwanda was due to depart on Tuesday, with the government warning that anyone who avoided it through last-minute legal challenges would be put on a later flight anyway. The government says the policy is needed to stem the flow of illegals risking their lives in Channel crossings and smash the people-smuggling networks.

Human rights groups say the policy will put migrants at risk. The UNHCR has said Rwanda, whose own human rights record is under scrutiny, does not have the capacity to process the claims, and there is a risk some migrants could be returned to countries from which they had fled (France?). 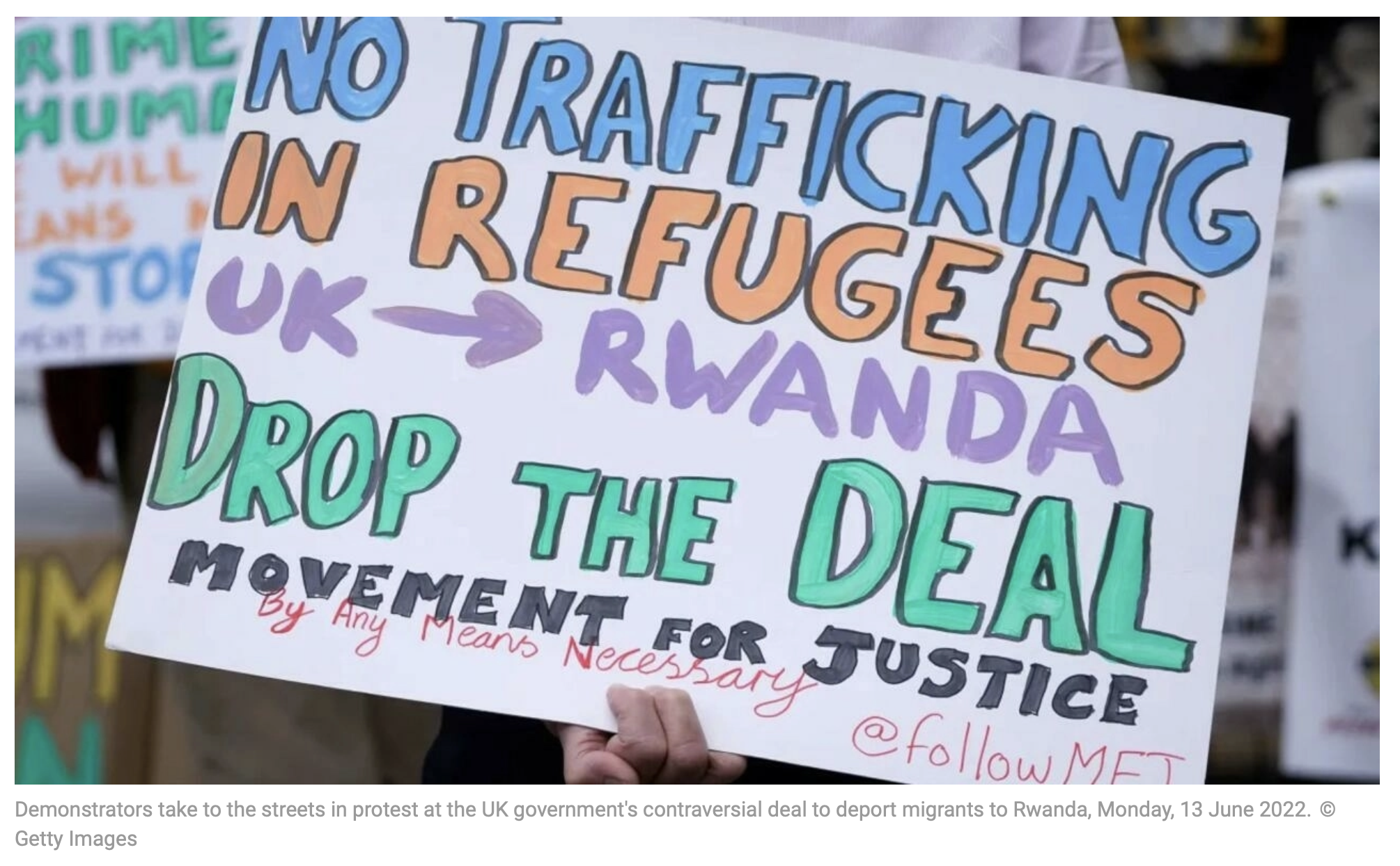 In a joint statement, the Red Cross and the United Nations Refugee Agency (UNHCR) say the threat of deportation has driven some illegal asylum seekers to self-harm, with one person allegedly attempting suicide. For these and other reasons, the two humanitarian organizations criticized the British government’s plans, accusing it of “a breach of duty.”

Moreover, UNHCR argues that this policy of refoulement (the act of forcing a refugee or asylum seeker to return to a country or territory where he or she is likely to face persecution) may be adopted by other European countries.

But the plan has horrified far-left political opponents, charities and church leaders who say it is inhumane. The United Nations’ refugee chief called it “catastrophic”, the entire leadership of the Church of England denounced it as an “immoral policy that shames Britain. (Gee, why aren’t they condemning all the Muslim countries that refuse to take him any Muslim refugees?) 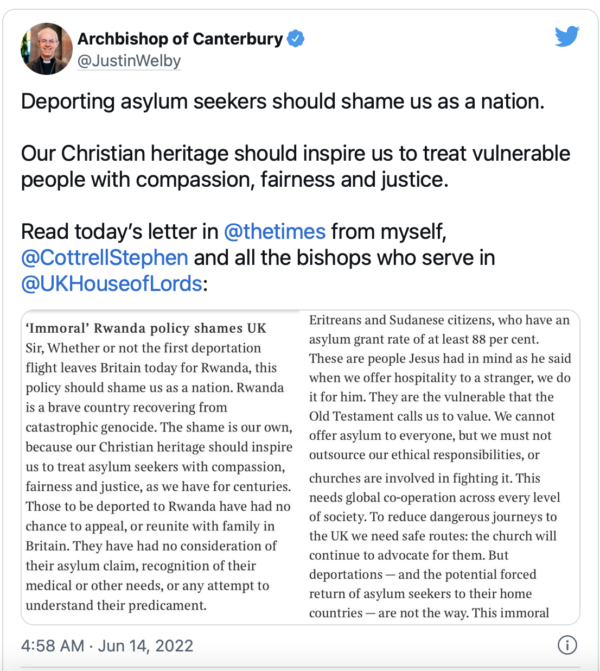 Some 37 individuals had been scheduled to be removed on Tuesday,  However a string of successful legal challenges has reduced that number to seven, according to charity Care4Calais. At least three more High Court appeals are still to be heard.

(Perhaps the people complaining about this program should be forced to take these illegals into their own homes?)