On June 2, a violent brawl broke out between thousands of migrants on an Italian beach in Peschiera del Garda. A party organized by migrants from all across Lombardi via social media ended in fights, robberies, vandalism, stabbings, and police intervening with full riot gear. 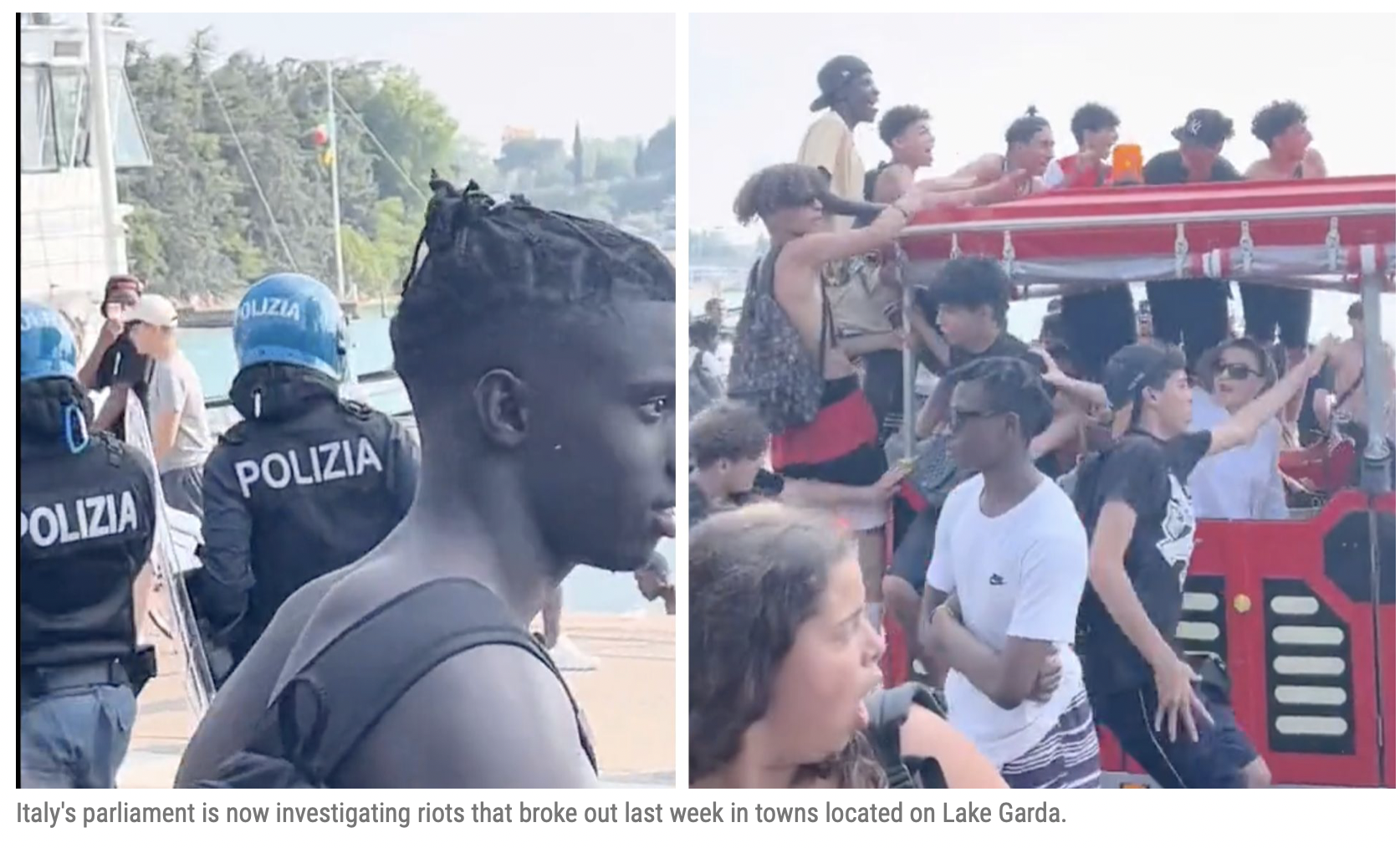 RAIR Foundation The event had been broadcast for days with viral videos on TikTok. The mayors of Peschiera and Castelnuovo had already put the prefecture and law enforcement on notice. But only in the late afternoon, when the party had degenerated into a violent brawl with pipes, bottles, and knives, did police the intervention drive the migrants back towards the train station they arrived from.

It is a custom that has been in vogue for some years now: every summer weekend, groups of hundreds of migrant children or, as the media calls them, “new Italians,” gather to terrorize families on a trip to the Lake. But they had never been as many as this year. There were about two thousand – explains the mayor of Peschiera, Orietta Gaiulli. Almost all of them come from the Lombardy region. Once they got off at the Peschiera train station, “They bought large quantities of alcohol and headed to the meeting place, the free beach,” stated Gaiulli.

“The first year there were 200, the year after that 500 and yesterday 2,000 thousand”. The warning signs that something big was boiling were all there. For days the migrants were active on social media, especially TikTok, making their plans to meet at the Lake. “I had notified the police on May 30. Of course, no one expected such an invasion,” explains Gaiulli.

The first incident that required police intervention was a fight started by the theft of a wallet. “There were families who ran away. Acts of vandalism led to several stabbings. We had nine local police officers on hand. It would have been impossible for them to face them alone.”

The hell lasted until the evening when the young foreigners invaded the Peschiera station on their way back home. The transport service was interrupted for several hours while the migrants terrorized innocent civilians.

This is due to the immigration fury of the Democratic Party and to Mario Draghi who is the executor of the EU diktats.. pic.twitter.com/npJFpjOFzH

REMIX News “They destroyed everything,” said a business owner speaking with Corriere Della Sera. “They broke shop windows, stormed the tourist train, and blocked passers-by on foot or by moped.”

After last week saw widespread chaos breakout at parties in Italian lakeside towns near Lake Garda involving up to 2,000 migrants, the Italian public prosecutor’s office and the Italian Parliament have opened a number of investigations, including into one case where 30 migrant men allegedly sexually assaulted six teen girls on a train from Lake Garda to Milan. 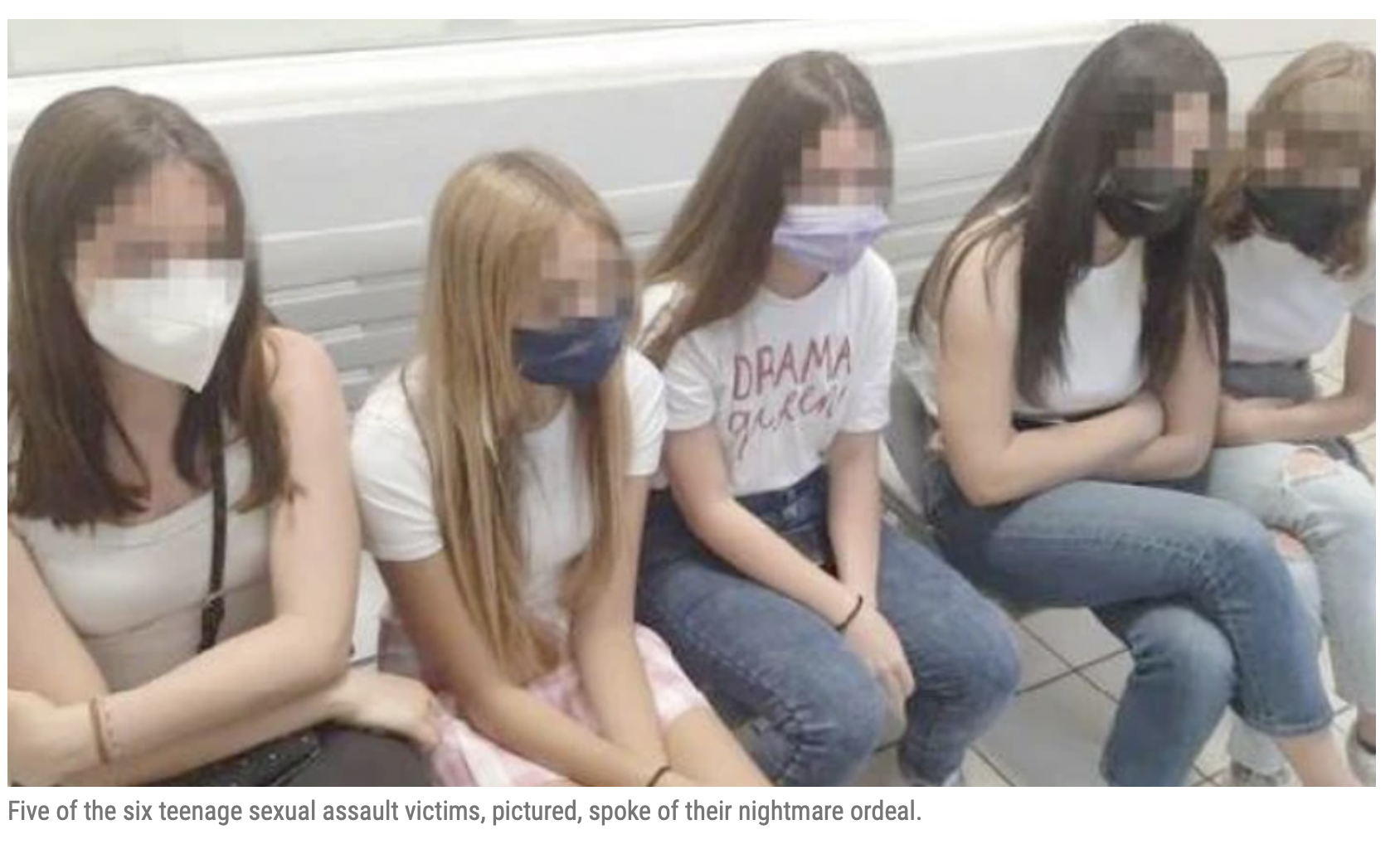 The first week of June marked the opening of the summer season on the Lake. Many residents worry that the violent Migrant attacks will be repeated throughout the summer.

League leader Matteoposted a video on Twitter about individuals posting about what they say will be a repeat of what happened at Lake Garda; the message is spreading on TikTok. Now, there are fears that a second incident of violence could break out as Italy gears up for its tourist season.

“Peschiera del Garda was just a warm-up round. See you in Riccione,” the invitation video claims, referring to another Italian town party goers plan to congregate in.

The video posted on TikTok shows footage from the riots at Lake Garda, where a young man later raises the Moroccan flag. According to local media, the first event was convened under the slogan “Africa in Peschiera.”

As reported previously at RAIR Foundation USA, by 2050, “twenty percent of the European population will be Muslim due to Western Europe’s pursuit of multiculturalism and mass migration.” In 2050, a third of Italy’s population will be made up of foreigners, according to a UN report, “Replacement Migration: Is It a Solution to Decline and Aging Populations.”