On Thursday, June 16th, Canary Mission exposed the shocking story of Cleveland police officer, Ismail Quran.
Canary Mission first published Quran’s disturbing profile in January 2019, six months after he was employed by the Cleveland Police Department as a Patrol Officer assigned to the 3rd District. We could never have anticipated what would happen next. 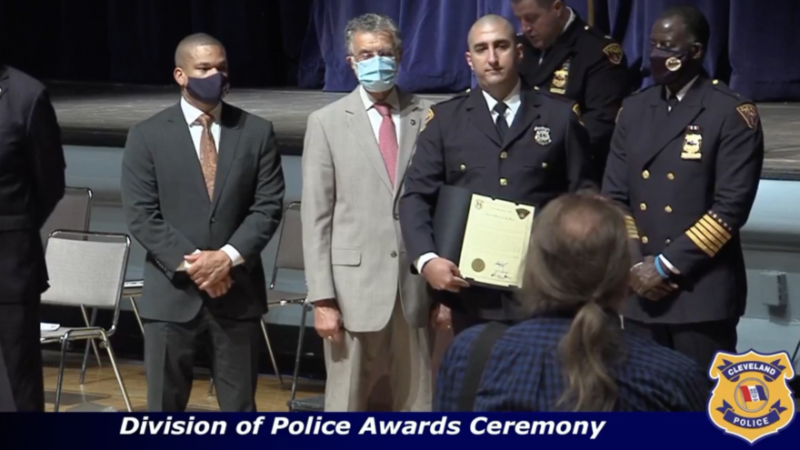 INN Instead of disciplining Quran or relieving him of duty due to his potentially dangerous antisemitism, the Cleveland Police Department honored him with the 2019 Officer of the Year award at the Cleveland Division of Police Awards! In a video of the award ceremony on the department’s Facebook page, the presenter described Quran as a “gifted communicator bringing calm understanding to situations when he responds” and “has truly embodied the community policing philosophy for the Cleveland division of police.”

He posted a tweet that included a photo captioned “LET ME SALUTE TO HITLER THE GREAT. He said ‘I would have killed all the Jews of the world, but I kept some to show the world why I killed them.’”

“We initially released Ismail Quran’s profile in January 2019. His large number of antisemitic posts were severe and all posted after Quran had completed his first Police Officer Physical Agility Exam,” Canary Mission said in a statement. “We were already concerned that the Cleveland Police Department employed an officer with a record of antisemitic hate speech. However, we are shocked and dismayed that the Cleveland Police Department honored Quran later that same year.”

UPDATE FROM THE CLEVELAND POLICE DEPARTMENT:

Quran has been “assigned to administrative duties” while the investigation takes place.