“SWEDEN IS OURS!” Days after Mikhail Yuksel, the leader of Sweden’s new pro-Islamic party, gloated publicly about “taking over” Skåne County, the province that is home to the increasingly infamous city of Malmö, with its large Muslim population, and one of the country’s most virulently radical Islamic preachers who claimed Swedish land belongs to followers of Islam. 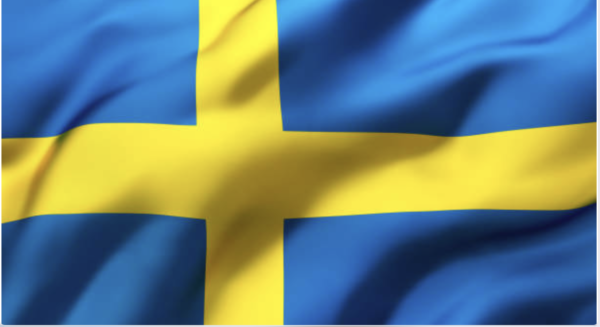 In a sermon, Malmö imam Basem Mahmoud talks about “the great battle” when all non-Muslims will be forced to submit themselves to Muslims and prays to Allah that the Islamic God will defeat or destroy all Christians and Jews in Sweden.

Imam Basem Mahmoud, who serves in the immigrant-heavy Malmö district of Rosengård that is prominent in the country’s list of “particularly vulnerable areas” has banned the Swedish flag. According to the newspaper Expressen, the reason is that the Swedish flag contains a cross, a Christian symbol, which according to the imam is inappropriate.

Mahmoud, a Jordanian-born immigrant who came to Sweden in 1989 after marrying a Swedish Islamic convert, is one of the most high-profile imams in Rosengård, a heavily foreign-populated, high crime, ‘no-go’ district in the central Malmö, where coincidentally, most of the city’s state-funded housing is located. In 2019, the district had become so dangerous that the international courier company UPS chose to stop delivering to it.

RAIR Foundation “In all times, the same deceptive villains stand in the way of the faithful. Everyone knows that Jews run the Western countries. Jews are their rulers. Jews are the offspring of pigs and apes. They are hostile to Muslims, but they will stand helpless against Islam,” he says. In a police interrogation, Basem Mahmoud denies the crime. He claims that he is only citing a passage from the quran, which states that Allah transformed people who did not believe in him into apes and pigs.

Among other things, he previously defended the brutal murder of the French teacher Samuel Paty in 2020. As previously reported by RAIR Foundation USA, a Chechen Muslim refugee living in France decapitated Paty after he taught his annual course to high school students on freedom of expression. “A person who loves his religion gets angry and slaughters the teacher with a knife in the gutter because the teacher is unclean, and the gutter is the only place he deserves,” he commented on the brutal murder.

In another sermon, he went on the attack against social services and schools in Sweden and stated that Muslims are taking over the country. “Sweden is ours. It is ours, whether they like it or not. In ten to fifteen years, it is ours,” he said in a sermon earlier this year.