The latest attempt by a stampede of more than 2,000 African Muslim illegal aliens from Morocco to invade via Spain’s North African enclave of Melilla resulted in 18 dead and at least 70 injured. 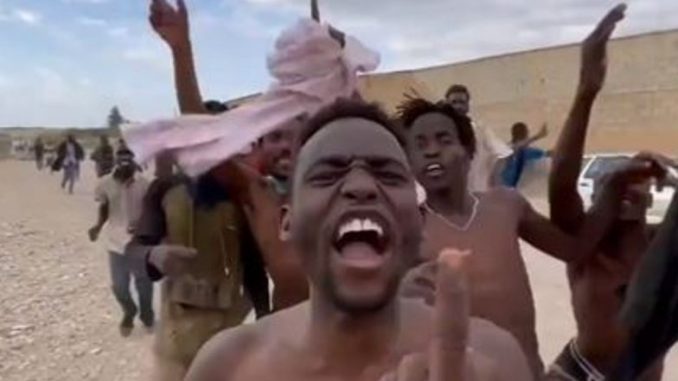 FRANCE24 (h/t Nita) Some 2,000 illegal alien Muslim invaders stormed the EU’s only land border with Africa at dawn on Friday and over 500 managed to enter a border control area after cutting a fence with shears, the Spanish government’s local delegation said in a statement.

Of these 130 sub-Saharan African migrants, ‘all of them men and apparently adults’, managed to enter the EU territory of Melilla, it added. They can be seen cheering themselves as they run through the streets.

The Spanish prime minister on Saturday described a deadly migrant rush on the enclave of Melilla from Morocco as an attack on Spain’s “territorial integrity”, as human rights activists demanded an investigation.

Morocco’s interior ministry said in a statement that the casualties occurred when the illegal migrants tried to climb an iron border fence separating the two territories. Five migrants were killed and 76 injured, and 140 Moroccan security officers were injured, the ministry said.

Thirteen of the injured migrants later died in the hospital, raising the death toll to 18, according to Morocco’s official news agency MAP, which cited local authorities. The Moroccan Human Rights Association reported 27 dead but the figure could immediately be confirmed. 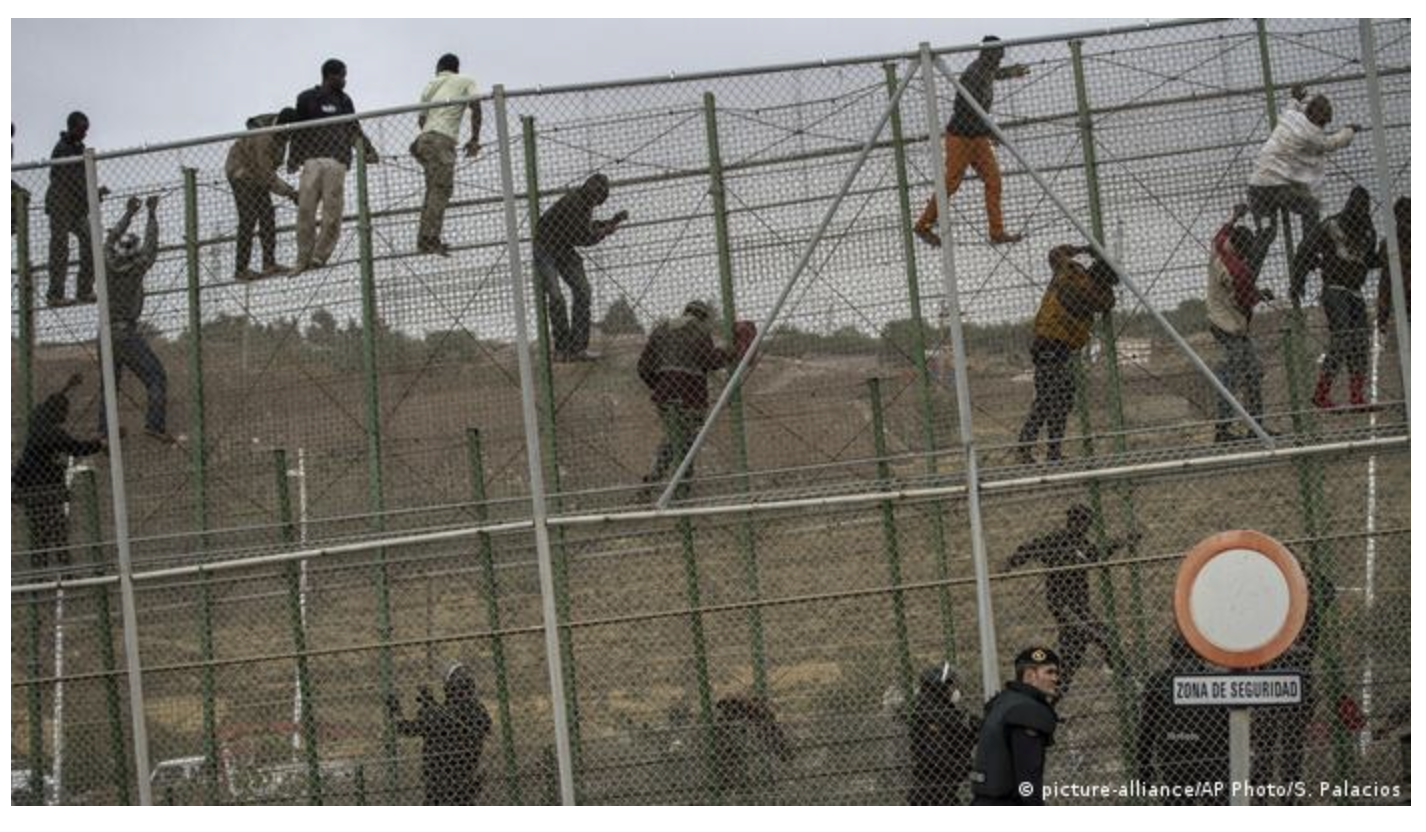 Spanish officials said 49 Civil Guards sustained minor injuries. Four police vehicles were damaged by rocks thrown by some migrants. The incident at the border crossing was the first since Morocco and Spain mended diplomatic ties in March.

“A large group of sub-Saharans [Africans] … broke through the access gate of the Barrio Chino border checkpoint and entered Melilla by jumping over the roof of the checkpoint,” the Spanish government’s delegation in the area said in an earlier statement. 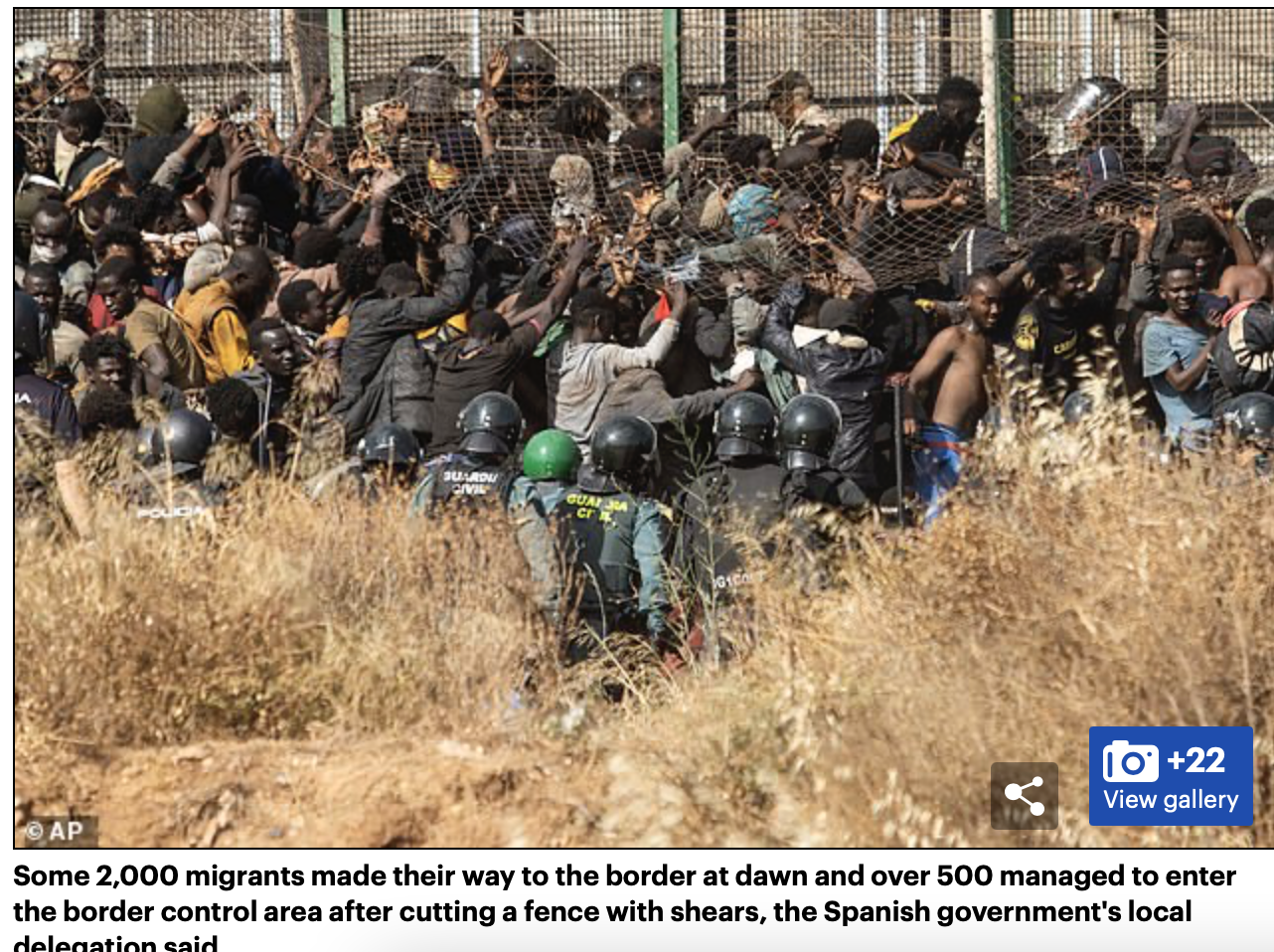 The incident at the border crossing was the first since Morocco and Spain mended diplomatic ties in March. At the beginning of March, more than 3,500Africans tried to scale the 20-foot (6-metre) barrier that perimeters Melilla, and nearly 1,000 making it across, according to Spanish authorities.

Residents of the Barrio Chino neighbourhood on the Moroccan side of the barrier said they were in shock.

“This is the most violent attempt to cross into Melilla that I’ve ever seen,” said Rachid Nejjari, a waiter in a cafe near the heavily fortified border fence. “I saw Africans  armed with sticks and iron bars… I was afraid of being attacked.” 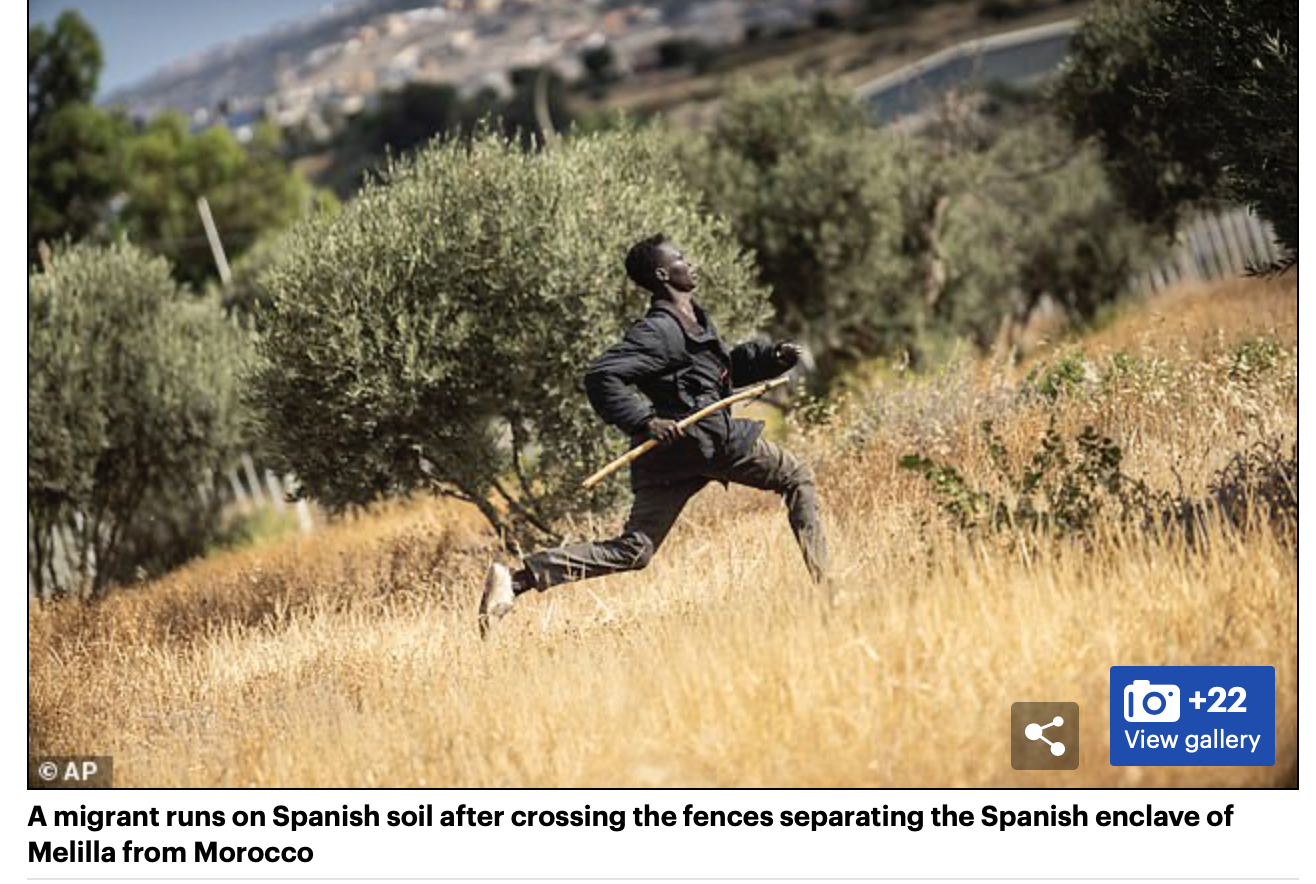 Melilla and Ceuta, Spain’s other North African enclave, have the European Union’s only land borders on the African continent, making them a magnet for migrants.

Friday’s was the first such mass incursion since Spain mended a year-long rift by backing Morocco’s autonomy plan for the disputed Western Sahara region, scrapping its decades-long stance of neutrality.

The row had begun when Madrid allowed Brahim Ghali, leader of Western Sahara’s pro-independence Polisario Front, to be treated for Covid-19 in a Spanish hospital in April 2021.

A month later, some 10,000 Africans surged across the Moroccan border into Spain’s Ceuta enclave as border guards looked the other way, in what was widely seen as a punitive gesture by Rabat. Rabat wants Western Sahara to have autonomous status under Moroccan sovereignty but the Polisario Front insists on a UN-supervised referendum on self-determination as agreed in a 1991 ceasefire deal. 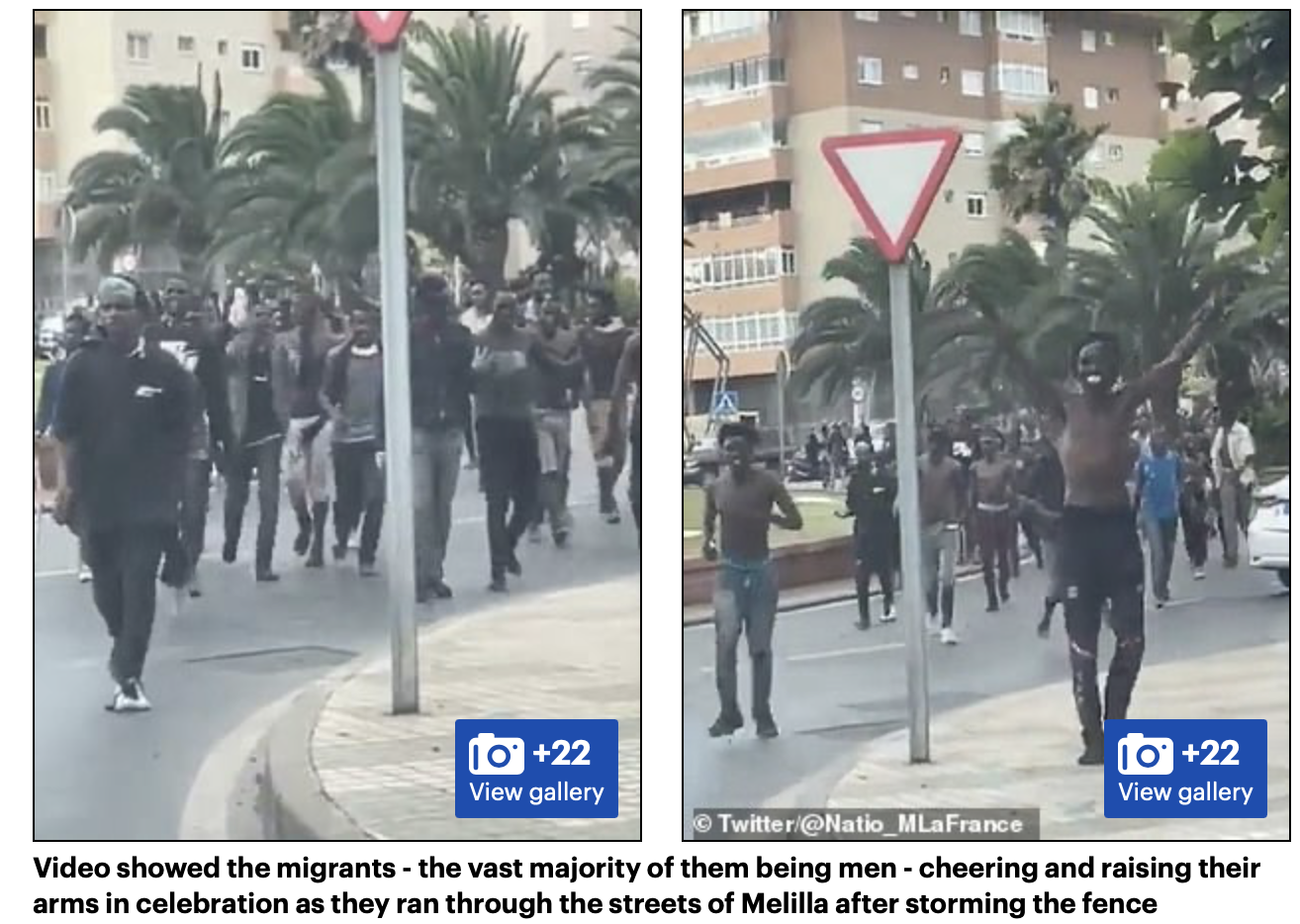 In the days just before Morocco and Spain patched up their ties, there were several attempted mass crossings of migrants into Melilla, including one involving 2,500 people, the largest such attempt on record. Nearly 500 made it across.

Sanchez warned earlier this month that “Spain will not tolerate any use of illegal immigration as a means of pressure“. Spain will seek to have “irregular migration” listed as one of the security threats on the NATO’s southern flank when the alliance gathers for a summit in Madrid on June 29-30.

Over the years, thousands of migrants have attempted to gain entry to the Spanish enclaves by climbing the barriers, swimming along the coast or hiding in vehicles.The two territories are protected by fences fortified with barbed wire, video cameras and watchtower