Inept Biden-appointed Secretaries of Homeland Security and the State Department, Alejandro Mayorkas and Anthony Blinken, have, following consultations with terrorist-sympathizing Attorney General Merrick Garland, decided that aspects of the Immigration and Nationality Act will no longer apply to Iranian Revolutionary Guard members who have “provided material support to a designated terrorist organization.”

Post A designated terrorist organization is an organization listed on the US’ Foreign Terrorist Organizations (FTOs) blacklist, such as the Islamic Republic’s IRGC. The entry ban on these individuals will be lifted “provided they satisfy relevant agency authority that the individual…poses no danger to the safety and security of the United States.” (And how exactly do they propose to determine this?)

The notice came two days before Iranian Foreign Minister Hossein Amirabdollahian and the European Union’s foreign policy chief Josep Borrell announced Iran’s indirect talks with the United States on reviving the disastrous 2015 nuclear pact will resume soon. One of the reported obstacles to a revived nuclear deal was the designation of the IRGC as a foreign terrorist organization and the lifting of sanctions on the organization. 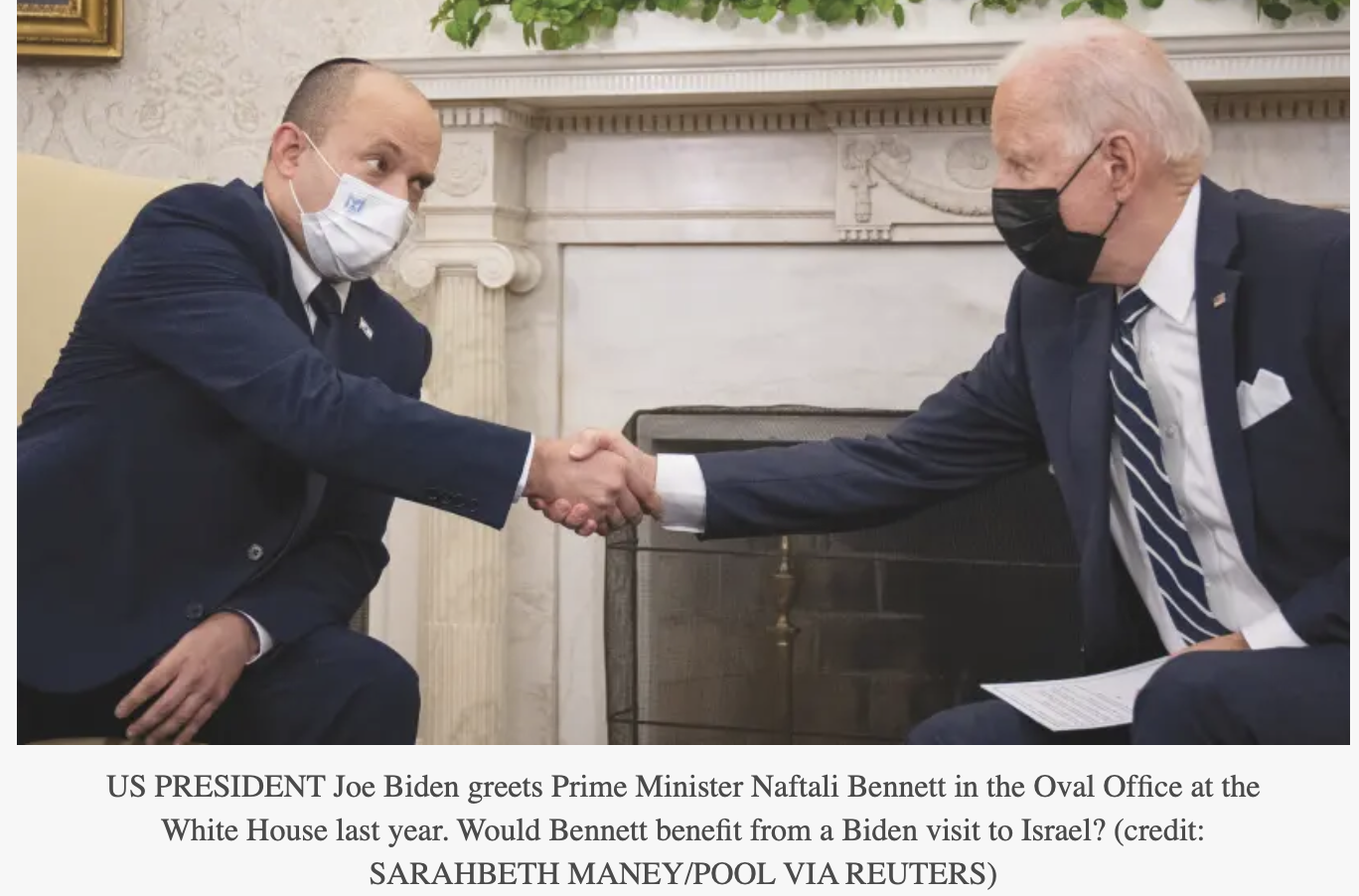 In March 2022, it was reported that the Biden administration was considering removing terrorism sanctions from the IRGC as part of negotiations to restore the 2015 Iran nuclear deal.

Prime Minister Naftali Bennett and Foreign Minister Yair Lapid later said they “refuse to believe” that the US would take such a step. “The Iranian Revolutionary Guards Corps (IRGC) is a terrorist organization that has murdered thousands of people, including Americans. We refuse to believe that the United States would remove its designation as a terrorist organization.”

The administration has since signaled that it was reluctant to delist the IRGC and has expressed growing pessimism that the nuclear agreement can be revived.

In April, the Pentagon’s top general said he was opposed to removing the elite Quds Force of Iran’s Revolutionary Guards from the US terror group list.”In my personal opinion, I believe the IRGC Quds Force to be a terrorist organization, and I do not support them being delisted from the foreign terrorist organization list,” Joint Chiefs Chairman General Mark Milley told a congressional hearing.

In April of 2022, US President Joe Biden assured Prime Minister Naftali Bennett that his decision to keep Iran’s Islamic Revolutionary Guards Corps on the list of designated foreign terrorist organizations (FTO) is FINAL!, Politico reported, refusing to concede to a key Iranian demand in the negotiations to revive the 2015 Iran nuclear deal.