GOOGLE is reporting that searches for “Move to Canada” are skyrocketing after US Supreme Court abortion ruling overturning Roe v Wade. (Don’t let the door hit you in the ass, baby killers)

Neonnettle Google searches for “how to move to Canada from U.S.” spiked 850% in the hour following the high court’s decision, according to a report from Axios that cited Google Trends data. People searching “how to become a Canadian citizen” also jumped 550% during the same time period.

(But you’ll have to compete for space with Muslim migrant-wannabes who are also on their way to Canada as we speak: As of Friday, June 10, Canada has welcomed just over 38 per cent of the 40,000 Afghan refugees the government pledged to resettle in the country)

As the Left continues to implode over the Supreme Court overturning Roe v. Wade, Google searches for “how to move to Canada” are skyrocketing. Abortion advocates appear to believe their leftist views (abortion right up to birth) will be welcomed in totalitarian Canada. (And they would be correct)

On Friday, the Supreme Court overturned Roe v. Wade. The move removes the “constitutional” protection for abortion rights and returns the decision on laws to individual states. Despite the move giving people more say in their local abortion laws, the move caused thousands of pro-abortion advocates to take to the streets and voice their anger with the decision. For some, however, this wasn’t enough and many considered other avenues to show their disapproval of the Roe reversal.

It appears that many pro-abortion advocates are planning to teach the SCOTUS a lesson by leaving he country. (Great! We’ll even help you pack your bags)

Following the Supreme Court’s 6-3 decision to uphold a 2018 Mississippi abortion ban, with five of the justices also deciding to overturn Roe, Canadian Prime Minister Justin Trudeau called the ruling “a devastating setback.” “My heart goes out to the millions of American women who are now set to lose their legal right to an abortion,” he tweeted. “I can’t imagine the fear and anger you are feeling right now. (Sure you can, just turn on any TV news channel)

Canada holds some of the most radical abortion-friendly laws in the world. The country has no federal restrictions on abortions, and women can abort their unborn child at any stage of the pregnancy. Abortions in the country are also publicly funded. 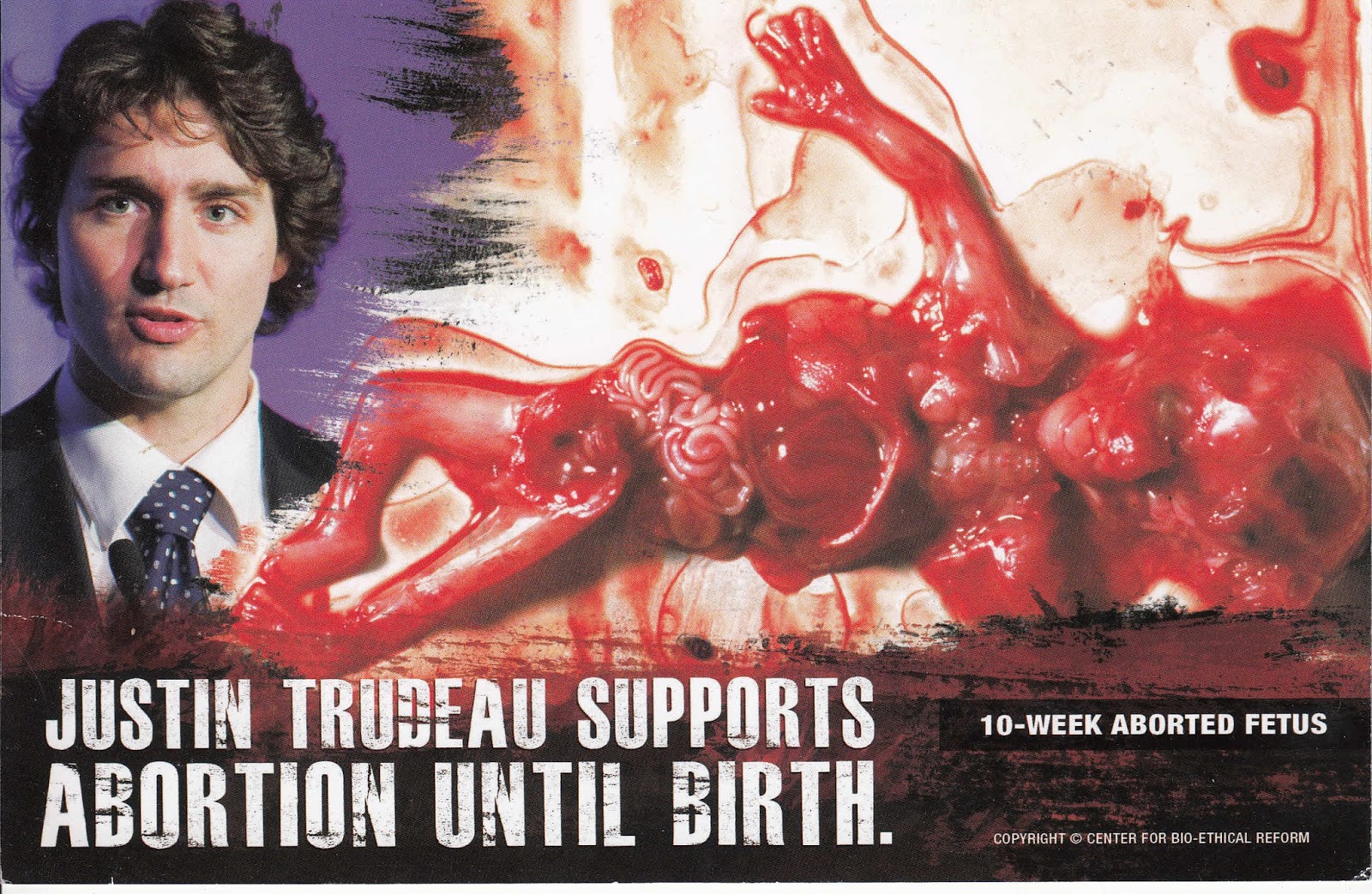 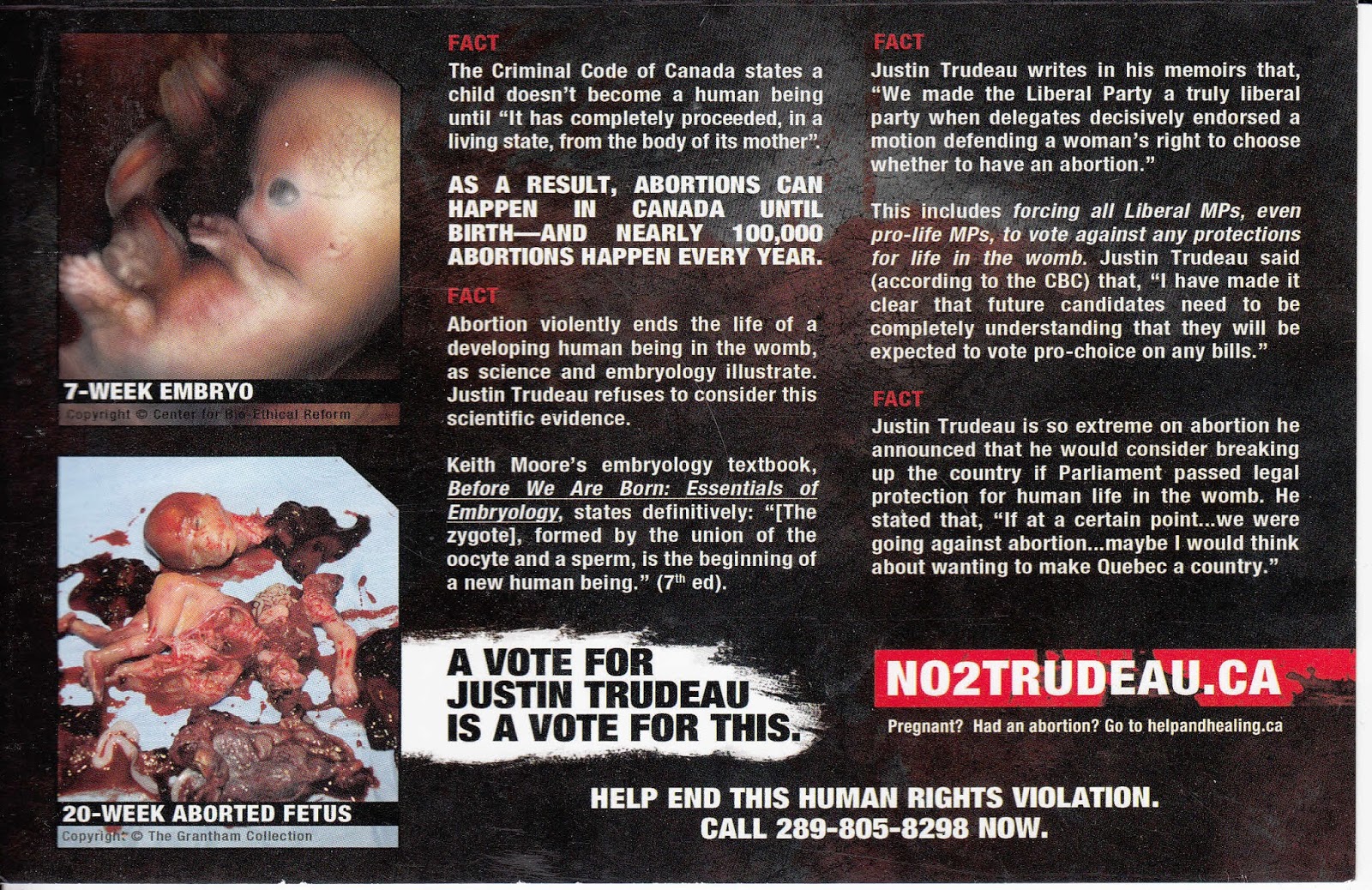 Liberal health critic Hedy Fry spoke specifically to the flyers: “These flyers are incredibly graphic in nature, and regardless of individual positions on abortion, many Canadians are understandably upset that this group has exposed their children to these disturbing images,” said Fry.

David Ristic, of Mississauga, Ont., was one of the Canadians who received a flyer. He says he and his wife, who is six months pregnant, were disgusted when they saw the unsolicited, anti-abortion pamphlet in their mailbox.

“Regardless of how you feel about the topic that they’re trying to bring across, why are we being forced to see that?” said Ristic. “This is like gore … I don’t need to see that.” (But this is what you Leftists believe in)