As if India’s Hindu BJP (Bharatiya Janata Party) ruling party national spokesperson Nupur Sharma’s life and the lives of her family aren’t in enough danger following thousands of death threats from Muslims, now Muslims are calling for the murder of all Hindus.

OpIndia On Tuesday, June 28th, the two Muslim men in Rajasthan’s Udaipur who beheaded a Hindu tailor, Kanhaiyya Lal, over his social media post in support of ex-BJP spokesperson Nupur Sharma have been arrested. In the videos that have emerged, the two men entered the tailor’s shop as customers and proceeded to grab the tailor and then behead him with a knife. 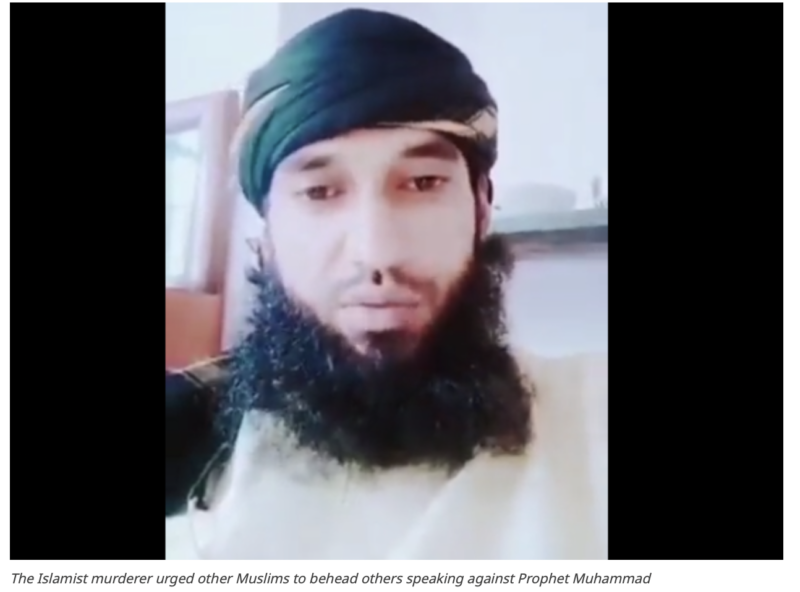 In a video recorded on Friday, 17th of June, one of the murderers, Mohammed Riyaz Akhatari, can be heard saying that he will make the video viral on the day he will behead those who speak against Prophet Muhammad. Akhtari goes on to say that even though he is starting this trend of beheading people, other Muslims should take it forward and behead others who speak against the Prophet. 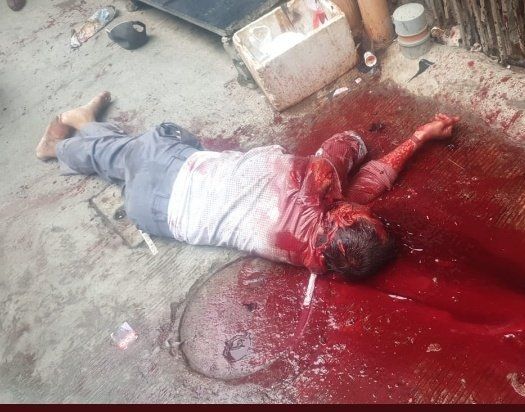 He also asked fellow Muslims not to worry about their families and businesses, as he himself is also doing a job but is only alive for the Prophet. Akhtari urged Muslims to behead others in the name of Allah, saying that death is only a step to Jannat, he kept urging Muslims to remove the heads of people. He condemned those who were not willing to commit murders in the name of Prophet Muhammad.

India’s ruling party, BJP, has suspended Nupur Sharma, who has been receiving death threats from outraged, overly sensitive Muslims for simply stating a fact: ‘The Prophet Muhammad married a 6-year-old child when he was 54.’ Sharma has been at the receiving end of the virulent hatred and death threats from Muslim extremists and ‘far-left-secular’ journalists for expressing her views on the ‘paedophile’ behavior of the Prophet Muhammad.

The national spokesperson for the ruling Bharatiya Janata Party (BJP) and a leader of the party’s Delhi unit, Nupur Sharma has been receiving multiple death threats on the social media platform Twitter. There were multiple tweets threatening her, some even calling for her beheading after Alt News co-founder Mohammed Zubair shared her video with a twisted commentary to encourage trolls to attack her.

In the tweets attached by Nupur, there are open threats to her life. Even though she has shared only 4 tweets, there are several similar tweets against her ever since Zubair’s dog-whistling encouraging attacks against her.

The dog-whistling against Nupur Sharma was first initiated by alleged fact-checker Mohammed Zubair, who shared an edited version of the video to drive a hate campaign against her. Other Muslim extremists, masquerading as journalists, also came out of the woodwork to incite violence against the BJP spokesperson. 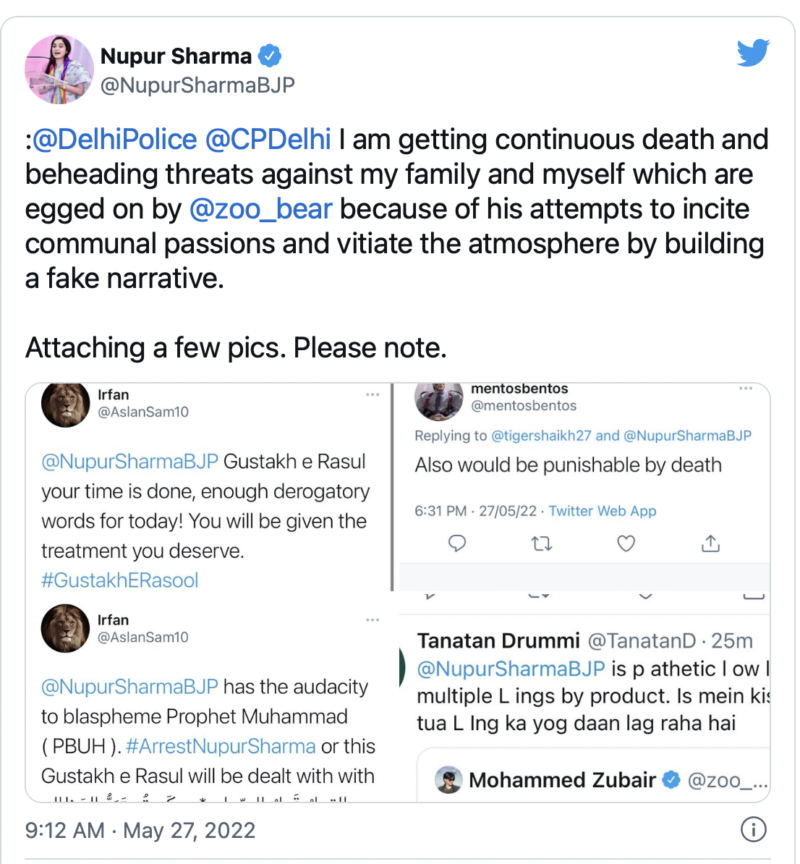 Yet Sharma simply spoke the truth. According to OpIndia on May 28, 2022, “she pointed out that Prophet Muhammad, at age 54, had married six-year-old Aisha, and he had consummated his marriage when she was nine years old.” Even the Islamic Hadiths confirm this: “The Prophet wrote the (marriage contract) with Aisha while she was six years old and consummated his marriage with her while she was nine years old and she remained with him for nine years (i.e. till his death)” (Bukhari 7.62.88).

During the debate on Times Now on the disputed Gyanvapi structure, Nupur Sharma argued that since people are mocking the Hindu faith repeatedly, then they can also mock other religions referring to Islamic beliefs. Taking that video out of context, Zubair shared it with his 464,000 Twitter followers declaring Nupur a rabid communal hatemonger and someone who can incite riots.