Even though an “ethnically Danish” man allegedly has been arrested, it is suspected that others were involved. Multiple people have been killed and several others are injured after a gunman opened fire at a shopping centre in Copenhagen. (“Ethnically Danish” does not necessarily rule out his being a Muslim or working with ISIS) 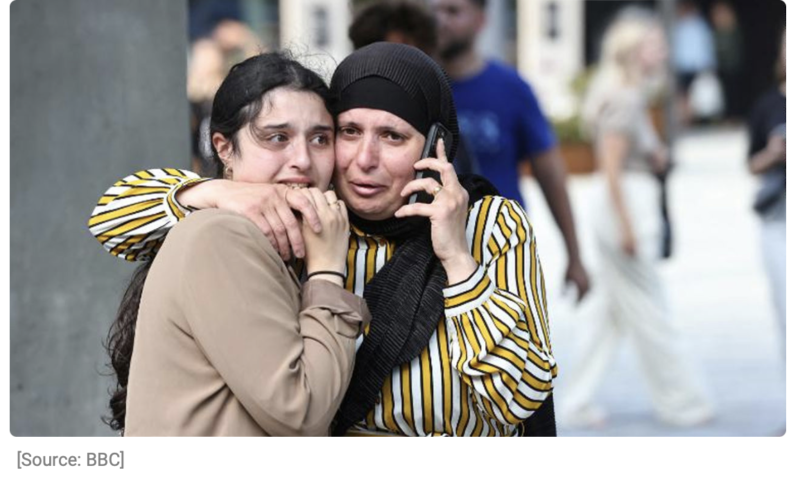 Independent People were seen running out of the Field’s shopping mall on Sunday, with others said by witnesses to have hidden in shops after gunshots were heard.

The shooting prompted a huge police response, with a vast number of armed officers seen patrolling the area. Copenhagen police advised people inside the mall to stay put and await police assistance.

“We know that there are several dead” and “several injured,” inspector Soren Thomassen told a news conference, adding that while police could not rule out the possibility that it was an “act of terrorism”, it was too early to speculate on the gunman’s motive. 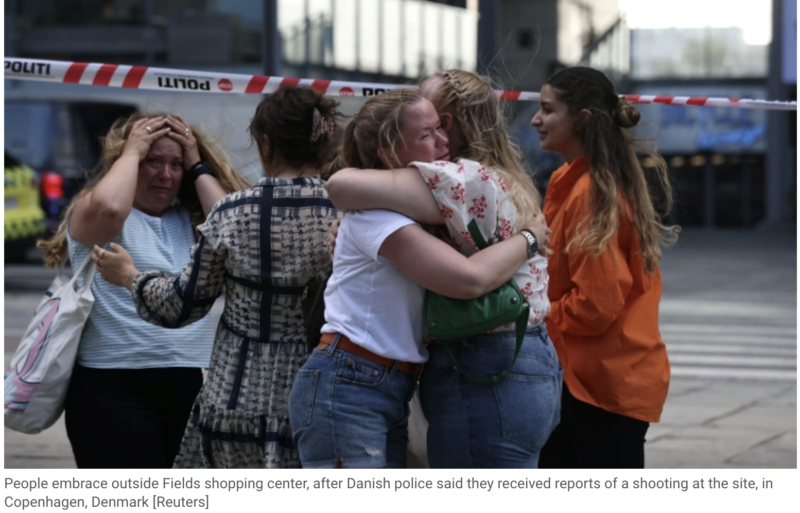 A 22-year-old Danish man has been arrested in connection with the shooting, the force said. There was no indication that anyone else was involved, although police were still investigating, Mr Thomassen said. “We do not have information that others are involved. This is what we know now,” he told reporters.

Police did not give a specific number of casualties, and a spokesperson at the capital’s main hospital, Rigshospitalet, told Reuters it had received a “small group of patients” for treatment. It had called in extra staff, including surgeons and nurses, the spokesman added.

Danish broadcaster TV2 posted a photo of a man being put on a stretcher, and published a grainy photo of the alleged gunman – a man wearing knee-length shorts and a tank top and holding what appeared to be a rifle in his right hand.

The city’s mayor, Sophie H Andersen, said: “Terrible reports of shooting in Fields. We do not yet know for sure how many were injured or dead, but it is very serious.”