A year after illegal alien Muslim migrant-wannabes started crossing into the European Union from Belarus to Poland, Polish Prime Minister Mateusz Morawiecki and top security officials visited the border area on Thursday to mark the completion of a massive new steel wall. 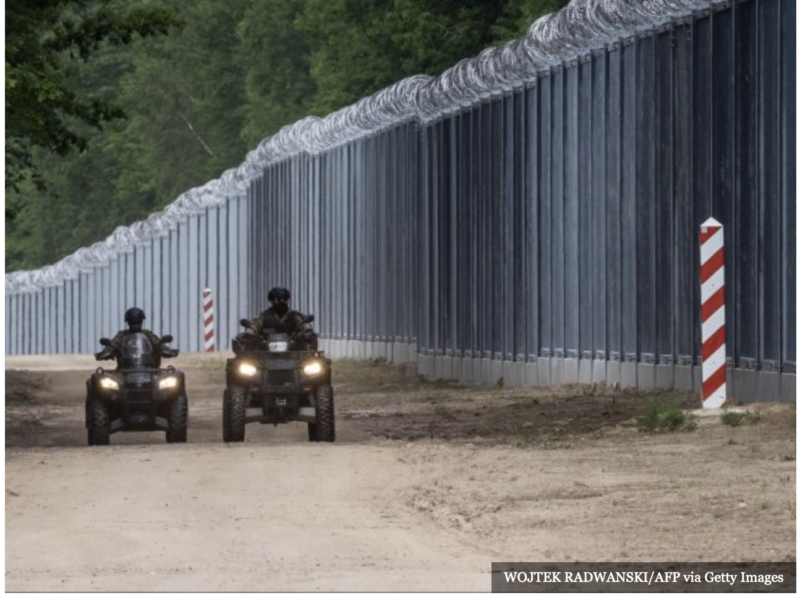 Breitbart (h/t Nita)  The Polish government characterizes the wall as part of the fight against Russia; human rights defenders see it as a huge double standard, where white, Christian refugees from Ukraine are welcomed but Muslims from Syria and other countries are rejected and allegedly mistreated.

“The first sign of the war in Ukraine was (Belarus President) Alexander Lukashenko’s attack on the Polish border with Belarus,” Morawiecki told a news conference. “It was thanks to (our) political foresight and the anticipation of what may happen that we may focus now on helping Ukraine, which is fighting to protect its sovereignty,” Morawiecki said.

As Poland opened its gates to millions of Ukrainians fleeing Russia’s invasion, work was well underway to build the 5.5-meter (18-foot) high wall along 186 kilometers (115 miles) of its northern frontier with Belarus. It still needs electronic surveillance systems to be installed.

It’s meant to keep out Muslim asylum seekers of a different type: those fleeing conflict and poverty in the Middle East and Africa, who were encouraged to try their luck by Belarus´ authoritarian regime – a close ally of Russia – as part of a feud with the EU.

One of the asylum-seekers was 32-year-old Ali, who left Syria late last year after reading on social media that the easiest way into the EU was to fly to Belarus and walk into Poland. Ali, from a village outside Hama in western Syria, flew to the Belarusian capital, Minsk, and set out to find an unguarded spot in the forest where he could sneak over into the EU. Polish border patrol officers broke his phone´s SIM card, he said. He went without water and food for days, lost in the swamps.

Thousands of Muslim invaders who have been allowed to fly into Belarus from Syria, Iraq and elsewhere  illegally crossed into EU countries via Poland.

A far-left Human Rights Watch report this month said Poland “unlawfully, and sometimes violently, summarily pushes migrants and asylum-seekers back to Belarus, where they face serious abuses, including beatings and rape by border guards and other security forces.”

Ali spent 16 days in the forests, before he and others used pliers to open a hole in a border fence. Some villagers gave him food and water, but soon he was apprehended by police and taken to a detention center. Over the next three months, he was moved through several closed camps. 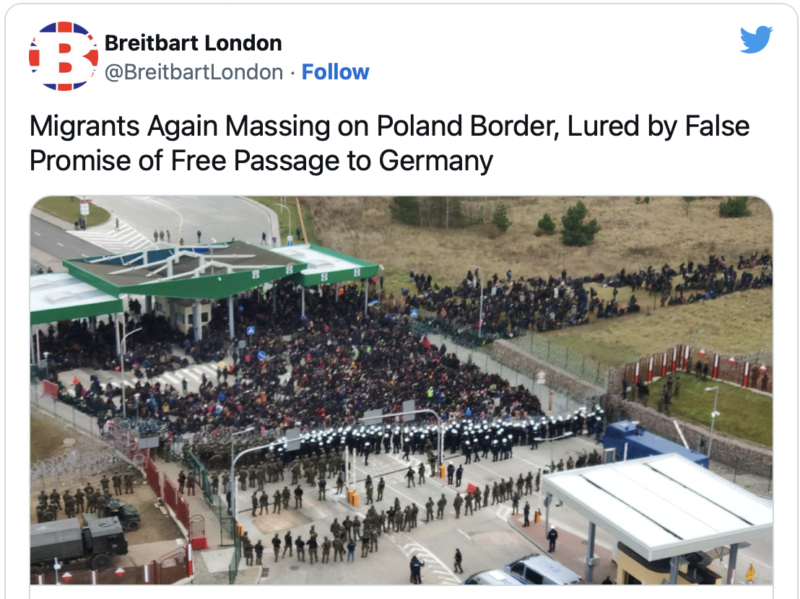 In March, he was handed his papers and taken to the Debak center for foreigners in Otrebusy southwest of Warsaw, where he was told: “Go away, go to Germany.” Ali arrived in Berlin in April and applied for asylum, “but I’m worried all the time that the Germans will send me back to Poland.”

Human rights activists see a double standard in the different treatment of the neighboring Ukrainian refugees – fellow Slavs who are mostly Christian, female and white – and those from the distant Middle East and Africa, many of whom are Muslims and male.

“If you give a lift to a refugee at the Ukrainian border you are a hero. If you do it at the Belarus border you are a smuggler and could end up in jail for eight years,” said Natalia Gebert, founder and CEO of Dom Otwarty, or Open House, a Polish NGO that helps refugees. 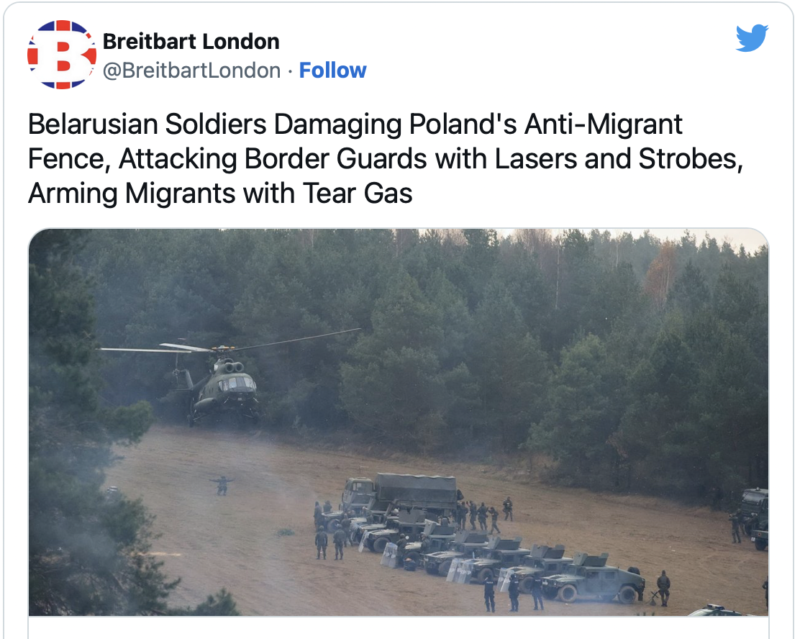 Belarus had never before been a key migration route into the EU – until its President Alexander Lukashenko began encouraging would-be asylum-seekers in the Middle East to travel to Minsk. Soon, people from Syria, Iraq, Yemen, Afghanistan and African countries flocked to the EU’s eastern edge, entering Poland and neighboring Lithuania and Latvia.

There have been clashes between police and illegal migrants on the border between Belarus and Poland, with Polish security forces using water canon and tear gas to drive the illegals back. Poland has accused Belarus of trying to force Muslim invaders  across the border, in order to destabilise the European Union.