Saudi academic Dr. Marzouq Bin Tinbak said in a May 20th appearance on Al-Arabiya Network that the Muslim world does NOT contribute anything of value to civilization and progress today because it has recoiled from and rejected modernity, instead clinging too tightly to its Islamic heritage.

Despite comprising 20% of the world’s population, Muslims have only been awarded 2 Nobel prizes in Science.

Professor Abdus Salam [Physics 1979] was Director of the International Centre for Theoretical Physics in Trieste, Italy. Although he was a devout Muslim, he had to leave Pakistan because he found it impossible to do theoretical physics research there.

Ahmed Zewail [Chemistry 1999] although an Egyptian, has been at Caltech since 1976. 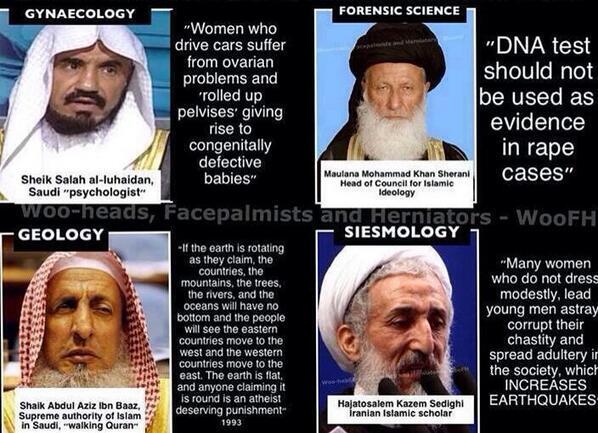