Is the Iranian regime recruiting child soldiers in Texas? The Islamic Education Center of Houston organized a group recitation – for Muslim child terrorists-in-training, aged 4 to 14 – of a song pledging allegiance to Iranian Supreme Leader Ayatollah Khomeini (infamous for his”Death to America, Death to Israel” chants).

Iranian State media airs video of Muslim kids in Houston Texas at Al Hadi-School swearing allegiance to the regime’s Supreme Leader Khamenei. They sing “Don’t look at my young age” “I will be your soldier” “I make an oath. One day when you need me, I will be your martyr” 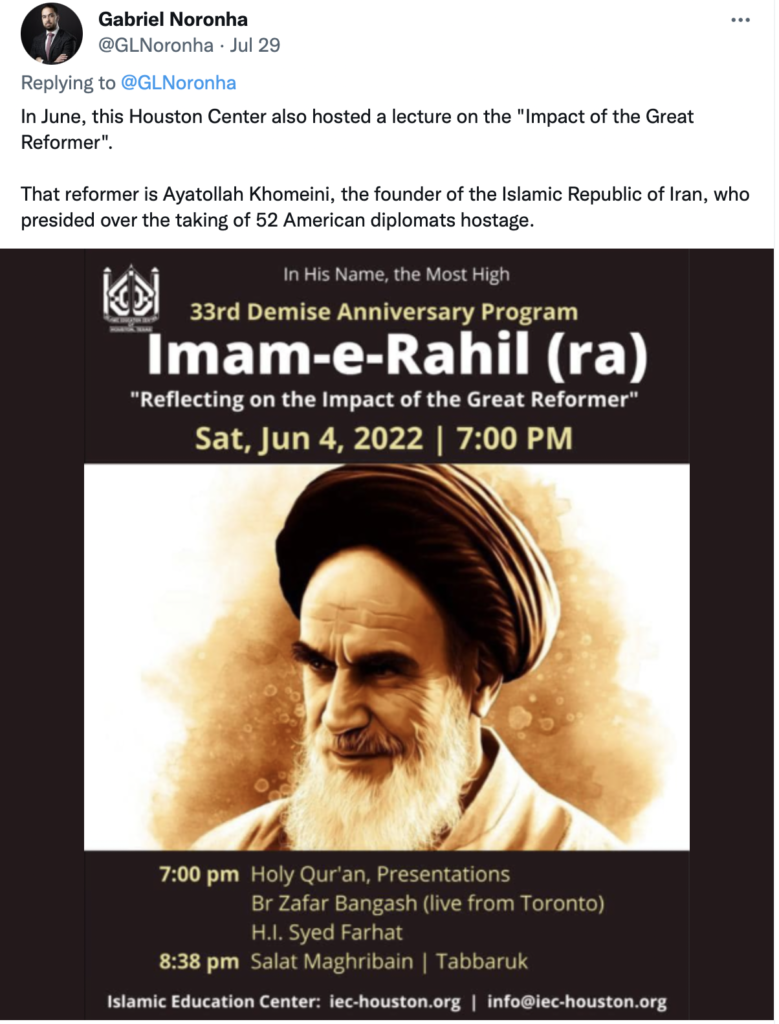