NO 72 virgins in Paradise for these Islamic Jihad ‘martyrs.’ They were killed by women…two JEWISH women! 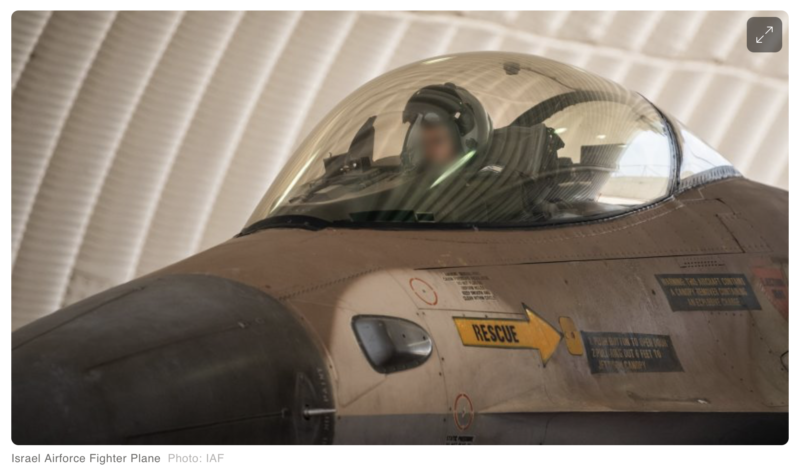 Israel Today (h/t Frederic F) This is the story of the two women behind the devastating setbacks for the PIJ.

The opening shot of operation “Breaking Dawn” was the elimination of the commander of the military arm of the Palestinian Islamic Jihad (PIJ) in Gaza’s northern region. The person who carried it out in the fighter plane is Capt. S. A few days later, the PIJ commander in Gaza’s southern region was also eliminated, and the person who participated in that attack was Capt. N. Both are female!

One had previously planned countermeasures in the 2021 operation, Guardians of the Wall; for the other, this was the first attack ever. Both are combat navigators, and from their fighter jets both took out the two senior leaders of the PIJ, Taysir al-Jabri and Khaled Mansour, in “Breaking Dawn”.

Captain S. was on routine alert. On Friday morning, she had already started driving back towards her home when she was suddenly informed: “Go back south.” Intelligence about the warming in the southern sector had begun to arrive. She returned to her squadron to plan the operation missions and, in one of them, she too was assigned.

When she served in “Guardian of the Walls,” S participated in the planning of targeted countermeasures operations, but she had not yet carried out such a mission herself. “We sat in the briefing and made it clear: we don’t hold anything inside; it;s important to say if anything is unclear or feels wrong. Less than an hour after the briefing we boarded the plane, took off and waited in the air for the moment when they would approve the attack.”

The action they were about to carry out was very significant and followed several days in which the PIJ threatened to fire missiles at Israeli residents near the Gaza Strip – a threat that led to the closure and blocking of roads in the Strip.

Israel was about to thwart Taysir al-Jabari, the PIJ’s commander in northern Gaza. Al-Jabari was responsible for the plot to shoot missiles and many other actions that were done in the past and were planned for the future against civilians of the State of Israel. He avoided two assassination attempts in the past, and even in the days leading up to his thwarting hid in an apartment for fear of another attempt.

After Capt. S. got out of her plane, the news sites were filled with reports about the assassination, and immediately about the opening of “Breaking Dawn”. “It took a while to digest that the operation started as a result of something I did. You can’t take any action or attack lightly, we understand the implications of what we do, and there is a lot of responsibility that comes with it,” she adds.

“When we landed, there was a moment when we realized that we thwarted a person who had harmed the State of Israel a lot and was expected to harm more, and thanks to us people were saved. It’s a strong feeling.”

Similar to Capt. S., Capt. N. was also told of the operation shortly after she returned home from base. The terrorist in this thwarting was  Khaled Mansour, commander of the southern region of the Palestinian Islamic Jihad.

He served as the commander of the rocket unit and was in charge of the PIJs terror tunnels, which were dug from Gaza to Israel. Mansour launched countless attacks by firing rockets, mortar bombs and anti-tank missiles into Israel, and in operation “Guardian of the Walls” he was responsible for firing into the Israeli rear.

“When we landed, the technical teams welcomed us after they had already seen what we did on the news,” Captain N. recalls. “They saw us landing without the weapons we took off with, and told us that they felt part of something big. The fact that this attack was important, and thwarted a senior terrorist, made everyone who contributed to it feel that they were a direct part of the defense of the country.” 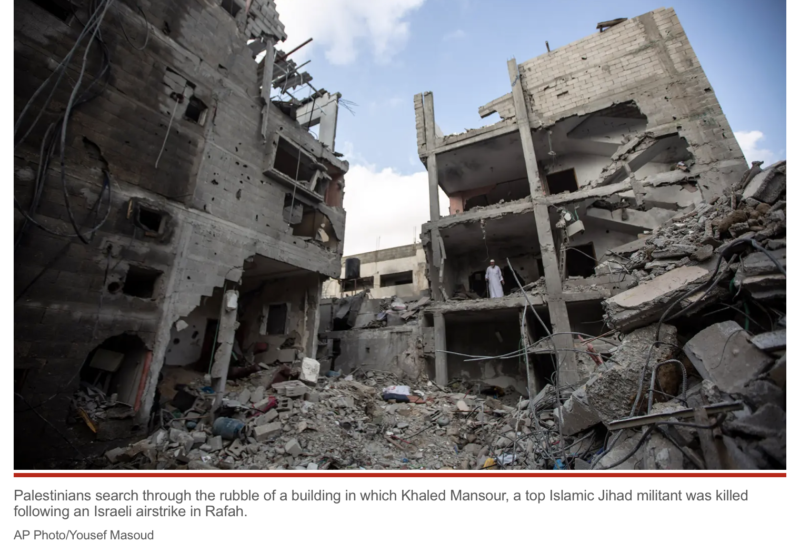 Jerusalem clarifies: “We gave nothing to the Islamic Jihad in return for the ceasefire Israel did not agree to the release of any of the detainees demanded by the Islamic Jihad, neither the administrative detainee nor the one who was arrested last week, a Jerusalem official clarified Monday following the end of Operation Breaking Dawn.