The stabbing occurred outside a Kosher meat processing plant in Montreal. The Muslim attacker, who has been arrested and is being held without bail, is identified as Mouloud Machouchem (photo below). While it is obviously an anti-Semitic attack, some are calling it “workplace violence” because the Muslim was upset that he had just been fired from the plant.

In a video circulating on social media Friday, a man wearing a kippah and prayer shawl (tallit) is seen standing outside a door, with one leg resting on a knee scooter. A man dressed in black then emerges from the door and stabs the victim in the eye.

According to the SPVM, the stabbing occurred around 1:30 p.m. The victim was transported to hospital but is in stable condition

An Orthodox Jewish man is brutally attacked with a pair of scissors, stabbed in what appears to be the face/neck area.

The attacker has been arrested and the victim thankfully is in stable condition. pic.twitter.com/X5nivsOawU 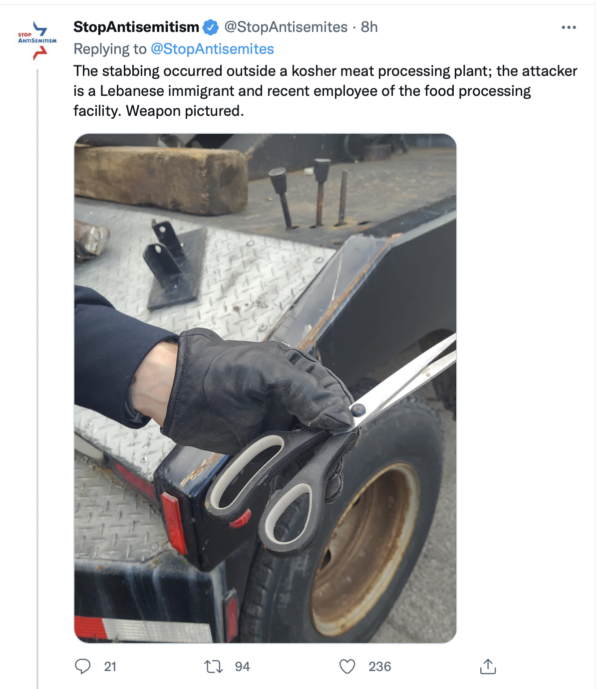 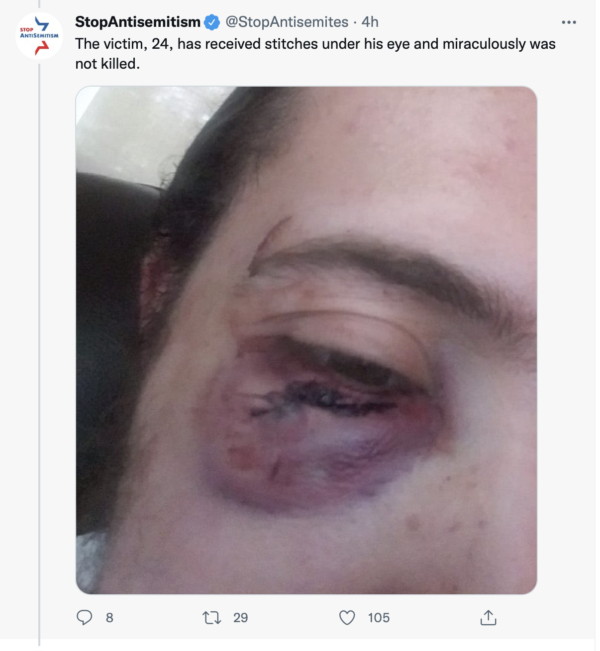